‘Popular’ marketing manager, 29, is knocked down and killed by Range Rover while jogging near Battersea Bridge as more than 10,000 sign petition to make notorious blackspot safer

A ‘talented and popular’ marketing manager was knocked down and killed by a Range Rover while jogging in west London.

Aston Villa fan Jack Ryan, 29, was struck by the oncoming vehicle at the junction of Battersea Bridge and Beaufort Street/Cheyne Walk in Chelsea at around 6pm last Wednesday.

Paramedics desperately tried to save Mr Ryan, a keen runner originally from Sutton Coldfield, Birmingham who had recently bought a house with his girlfriend, but he was pronounced dead at the scene.

This is the second fatal accident at the junction, which is controlled by Transport for London, since October 2017, when a 35-year-old motorcyclist was killed by a car in an early morning collision.

According to Kensington and Chelsea Council, 27 people were hurt in 22 accidents between 2017 and 2019, with four accidents involving motorcyclists and one of those suffering a serious injury.

An online petition calling for greater road safety measures to be implemented has already received 10,000 signatures after the hashtag #RIPJack trended on Twitter last night.

Football stars Jack Grealish and Stan Collymore have led tributes to Mr Ryan, a popular digital marketing executive for accounting firm PwC who had set himself the task of running 100km per month during the lockdown.

Aston Villa winger Mr Grealish tweeted: ‘RIP Jack Ryan. I send all my love and condolences to his family and friends. A massive villa fan who tragically lost his life. Holte Enders in the sky’. 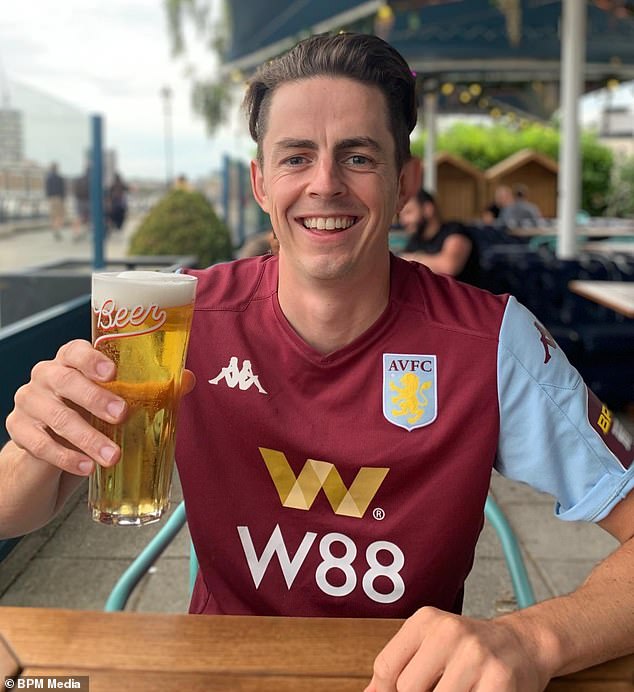 Aston Villa fan Jack Ryan, 29, was struck by the oncoming vehicle at the junction of Battersea Bridge and Beaufort Street/Cheyne Walk in Chelsea at around 6pm last Wednesday 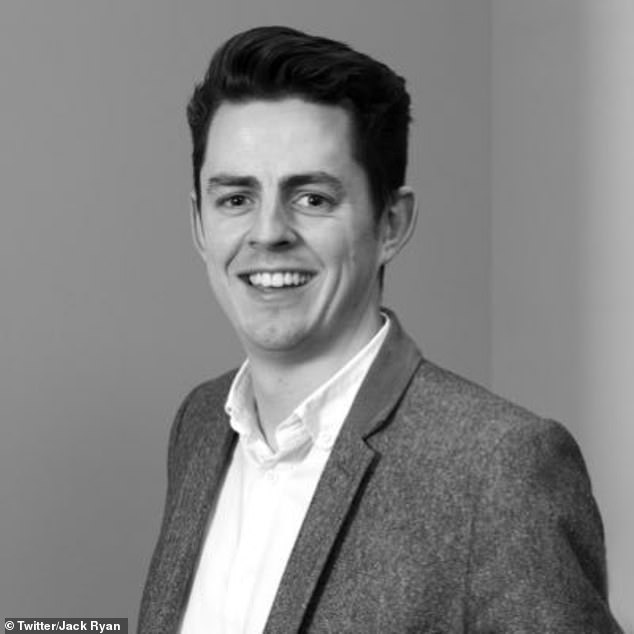 Paramedics desperately tried to save Mr Ryan, a keen runner originally from Sutton Coldfield, Birmingham who had recently bought a house with his girlfriend 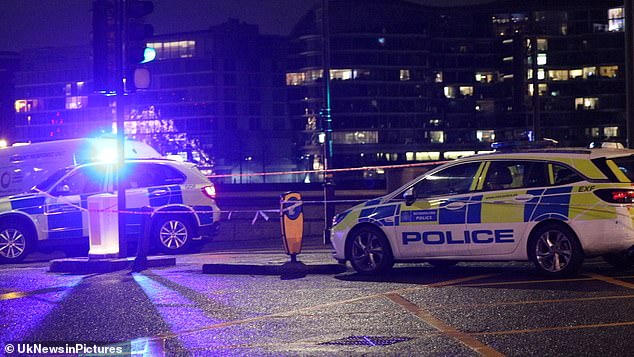 This is the second fatal accident at the junction, which is controlled by Transport for London, since October 2017, when a 35-year-old motorcyclist was killed by a car

A writer who witnessed the horrific aftermath of Jack Ryan’s death has launched a campaign to make Battersea Bridge safe for pedestrians to cross.

Rob McGibbon, 55, was shocked to see the final desperate efforts of a paramedic trying in vain to save the 29-year-old jogger’s life.

‘What I saw that night will stay with me forever. It was shocking and tragic,’ said Mr McGibbon.

‘Residents and councillors have been trying to get Transport For London to make it safer for pedestrians to cross this bridge for many years, but its leaders never want to help. They are too worried about keeping the traffic moving. Now they must do something. Enough.’

Witnesses at the scene said that Mr Ryan was jogging at around 6pm when he climbed over the barrier handrail on the west side of the bridge.

He is then believed to have moved between backed-up traffic travelling north, but was then hit by a black Range Rover driving south.

A large memorial of flowers with moving notes from grieving friends and relatives has since been laid close to where he died.

Mr McGibbon, who lives in nearby Chelsea, was walking home that night and was on the bridge as paramedics attended to Mr Ryan.

Mr Ryan was crossing roughly 25 metres away from the notorious blackspot by the traffic lights at the northern end of the bridge.

However, Mr McGibbon asserts that if a safe pedestrian crossing was in place, Mr Ryan would never have needed to choose such a perilous point to cross further up the bridge.

Mr McGibbon has started a petition calling on Transport For London to install new safety measure for pedestrians at the northern end.

His campaign has already been signed by more than 10,000 people and won the support of local MP Greg Hands and councillors and officers at two neighbouring boroughs.

Several celebrities have also supported the cause on Twitter.

Mr McGibbon intends to take the petition to TfL as soon as possible and force action. He says that safety could be instantly improved if TfL simply changes the traffic lights sequencing at the crossroads to create an ALL RED STOP time gap between the interchanges.

He says that this could be in place whilst TfL awaits design plans and consultation results for a permanent crossing system.

Mr McGibbon added: ‘If there is a genuine will at TfL to help, then a change can be made quickly. The current system creates confusion and chaos for everyone – for drivers, as well as pedestrians. It is a total shambles. Only last year I sent a note warning that it is only a matter of time before someone gets killed here.’

Ex-Villa striker Mr Collymore posted: ‘Just wanted to send love and sincerest condolences to the friends and family of Jack Ryan, who was killed while out jogging in London last week.

‘A big Villa fan, with an exciting career in front of him. Extremely sad to hear. Rest in peace, Jack. Holte Enders in the sky.’

PwC’s chief people officer, Lara Hinton, said: ‘We are shocked and deeply saddened by this tragic news. Jack was a very talented and popular colleague.

‘Our thoughts are with his family, friends and teammates and we are offering them our support.’

‘Always a great laugh to be around, he’ll be sorely missed by so many.

‘Thoughts with all those closest to him. Battersea Bridge is not safe. Please help by signing the petition.’

An online petition has been set up following Mr Ryan’s death. It says: ‘There is NO safe time for pedestrians to cross at the north side of Battersea Bridge.

‘Consequently, families with young children, the elderly, the disabled – indeed, everyone – is forced to make a perilous dash across this horrendously busy road in front of moving traffic.

‘The traffics lights that control vehicle flow from all directions at the crossroads with Cheyne Walk and Beaufort Street in Chelsea SW3 interchange instantly.

‘Therefore, the ONLY time to cross is when traffic is on the move.

‘On 13th January, 29-year-old Jack Ryan died after he was hit by a car travelling south on Battersea Bridge.

‘Witnesses said that he was crossing between traffic on the up-slope of the northern section.

‘It is our assertion that Mr Ryan, who was out jogging, would not have needed to even consider crossing at that dangerous point if a safe pedestrian crossing existed at the junction with Cheyne Walk.’

According to MyLondon, she wrote: ‘I can’t bear the thought of any other family going through this. This flawed traffic management system is destined to end in further tragedy.’

Battersea Bridge is controlled by Transport for London along with the junction with Cheyne Walk and Chelsea Embankment.

David Waddell, who chairs the Cheyne Walk Trust, said: ‘Everybody is very alarmed and concerned by the death that has happened.’ He added: ‘We need action quickly rather than just talking about it.’

Colonel Waddell explained: ‘It is a very wide junction and there is no pedestrian phase. It is very difficult to see the traffic lights if you are a pedestrian.’

He said it was particularly difficult for parents with prams or elderly people who may take longer to cross the road. ‘I know people who used to use that junction and won’t now. It clearly needs a pedestrian filter arrangement,’ he added.

Councillor Johnny Thalassites, who is lead member for transport, said: ‘This is a desperately sad event and our thoughts are with the victim’s family.

‘Councillors, officers and residents have raised serious concerns about this road on several occasions with the Mayor of London and TfL. There has to be urgent action from TfL to make it safer and we will help in any way we can.’

Friends told MyLondon that Mr Ryan was familiar with the road, which is popular with runners, and had set himself a challenge to complete 62 miles in a month during the lockdown.

Steve Crawshaw, who coached Mr Ryan at Bishop Vesey’s Grammar School, told the Evening Standard he had recently bought his first house with his girlfriend close to where he was killed.

‘In the course of my teaching career I have taught many pupils… Jack was up there with the very, very best,’ he said.

‘When I heard about Jack I remembered a photo I took of him in 2003 knelt next to a kangaroo as we were on a school rugby tour.

‘Needless to say his behaviour was impeccable and a credit to his school and country. I’m fortunate to have had him enrich my life.’

On Friday local MPs and councillors held a meeting to discuss safety at the junction, which locals have described as ‘lethal for pedestrians and cyclists’. 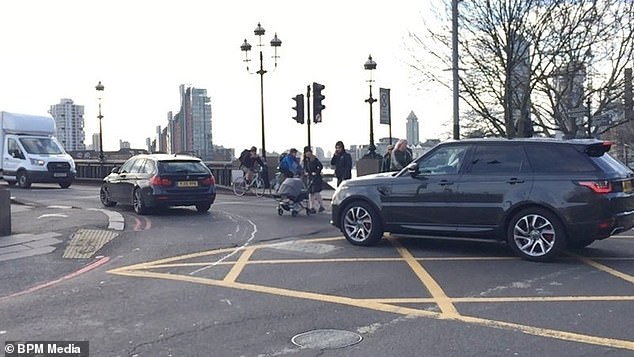 The junction of Battersea Bridge and Beaufort Street/Cheyne Walk is a notorious collision blackspot, and a petition has now been launched for greater road safety measures 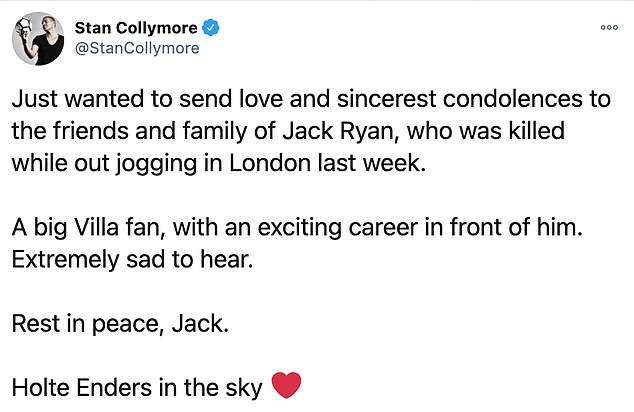 A Royal Borough of Kensington and Chelsea spokesman said the council had been asking Transport for London and the Mayor to ‘urgently make this junction safer for some time’.

A spokesperson for the Met Police said: ‘Police are appealing for witnesses following a fatal collision in Kensington & Chelsea.

‘Police were called to Battersea Bridge at the junction with Cheyne Walk shortly after 18:00hrs on Wednesday, 13 January, to reports of a collision involving a Range Rover and a pedestrian.

‘Officers attended along with paramedics from the London Ambulance Service. Despite their efforts, the 29-year-old pedestrian died at the scene a short time later. His next of kin have been informed.

‘The driver of the car stopped at the scene and is helping police with their enquiries.

‘Detectives from the Roads and Transport Policing Command are investigating. They would like to speak with anyone who witnessed the collision or who may have captured it on dash cam footage.’

Anyone with information is asked to call the Serious Collision Investigation Unit at Merton on 020 8543 5157.

The petition, which has nearly 10,000 signatures, is available here.