He also peddled damaging ‘untruths’ to Scotland Yard about the Soho bombings case, it was claimed. A catalogue of jaw-dropping accusations about his underhand methods for clinching scoops was last night revealed in a Channel 4 News investigation.

The reporter is already under fire for lying to Princess Diana to land his famous Panorama interview with her in 1995. The BBC will today formally launch an inquiry. 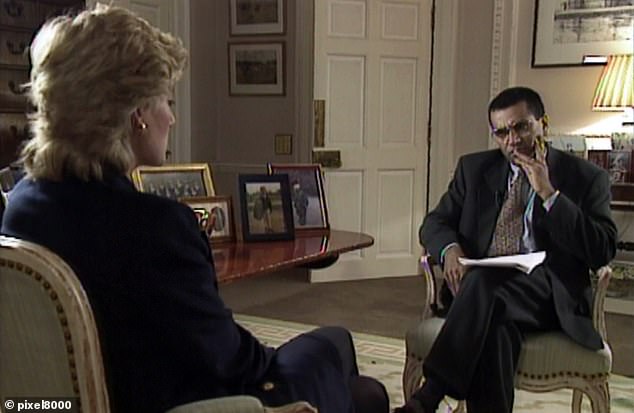 Martin Bashir allegedly told shocking lies to relatives of those murdered by killer GP Harold Shipman. Pictured during his BBC Panorama interview with Princess Diana in 1995

But last night Channel 4 News revealed a pattern of extraordinary dishonesty by the once-feted BBC journalist, who scooped a string of awards for the corporation.

So concerned were BBC chiefs about Mr Bashir’s unethical tactics after he moved to ITV that they formally demanded that ITV take ‘steps to control Martin in future’. 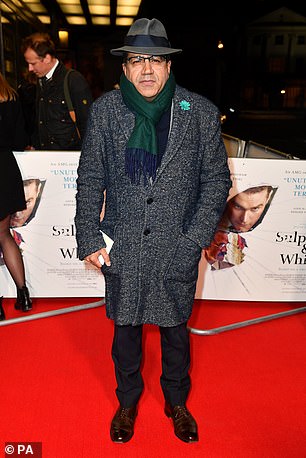 Despite the warnings, Mr Bashir was re-hired by the BBC and is now its religious affairs editor.

Mr Bashir – who is accused of feeding Diana a string of preposterous lies to get an interview with her – later went round rubbishing Panorama journalists as ‘liars’.

During Shipman’s trial, the journalist allegedly tried to dupe the loved-ones of his victims.

It is claimed that he urged the grieving relatives to give him an interview, rather than speak to his old colleagues at Panorama, telling them untruthfully that the flagship BBC show intended to ‘sabotage the prosecution’ case.

Shipman was convicted in January 2000 of murdering 15 patients and suspected of killing hundreds more. Mr Bashir allegedly even told a spokesman for the devastated families that Panorama planned to reveal ‘alleged financial irregularities’ about him unless he granted an interview.

On July 10 that year Peter Horrocks, the BBC’s head of current affairs, wrote a searing letter to ITV formally complaining about Mr Bashir’s dodgy tactics. He said: ‘What Martin does crosses the line of acceptability. Potential interviewees told us that Martin suggested they should not speak to us because Panorama were liars and could not be trusted.

‘One relative of a victim said Martin had claimed that Panorama would sabotage the prosecution by broadcasting before the end of the trial.’

Mr Horrocks wrote that the idea that his Panorama reporter was ‘less trustworthy than Martin Bashir would be laughable’ if it were not so damaging. 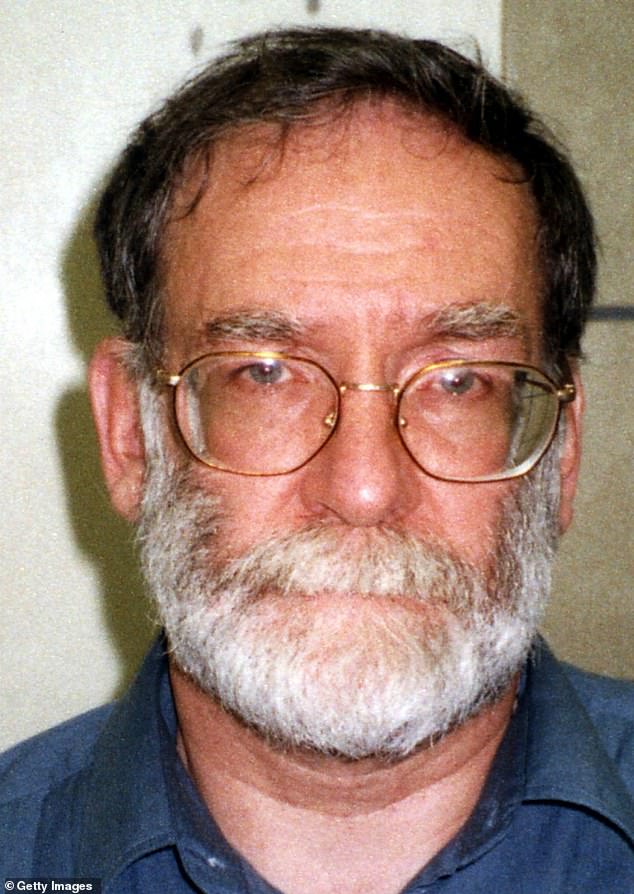 During Harold Shipman’s (pictured) trial, Bashir allegedly tried to dupe the loved-ones of his victims. It is claimed that he told grieving relatives BBC intended to ‘sabotage the prosecution’

Mr Bashir also allegedly fed Scotland Yard lies about the case of Soho bomber David Copeland, a homophobic racist who set off a series of nail bombs in London in 1999.

According to Mr Horrocks’ letter, Mr Bashir told police that Panorama knew Copeland had conspired with others, leading the Yard to accuse the BBC of withholding evidence.

Mr Horrocks said in his letter, addressed to Ian McBride, managing director of ITV’s Granada: ‘I would ask that you take steps to control Martin in the future.’

Mr Horrocks had left the BBC by the time Mr Bashir was re-hired as its religious affairs correspondent in 2016, but the BBC will now face enormous pressure to explain why it took him back on with the extraordinary boast that ‘Martin’s track record in enterprising journalism is well known and respected’.

A string of other Bashir interviewees have also come forward to say he lied to them.

After weeks of revelations over his tactics to secure an interview with Diana, the corporation is on the brink of announcing details of an inquiry into the scandal and is expected to announce today the identity of an ‘impressive’ legal figure who will chair the inquiry.

Mr Bashir, 57, is said to be ‘seriously unwell’ after heart surgery with coronavirus complications, and has not commented. He is understood to have agreed to answer questions to the inquiry. Last night the BBC declined to comment.