Massive fire which ripped through Slough bus station was arson sparked by someone setting a bus alight, police say

A massive fire which ripped through a Slough bus station was arson sparked by someone setting a bus alight, police have said today.

Dramatic pictures of the blaze which erupted at Slough bus station in the early hours of Saturday were posted on social media.

In one of them, the burned out remains of the bus which was set ablaze can be seen. The flames leapt into the roof of the bus depot in Slough, Berkshire. 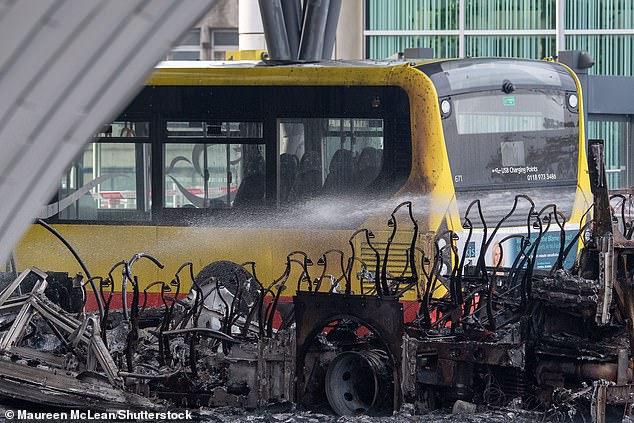 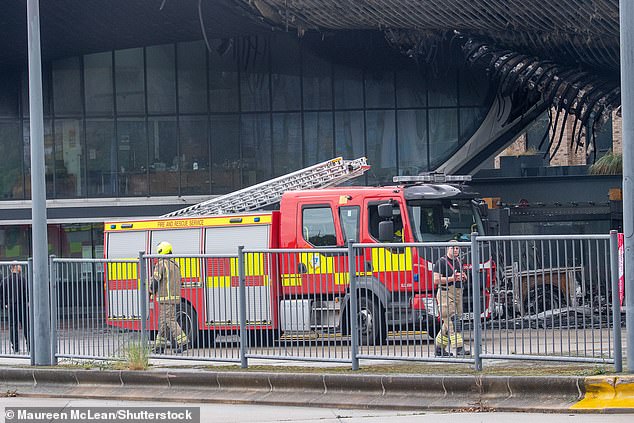 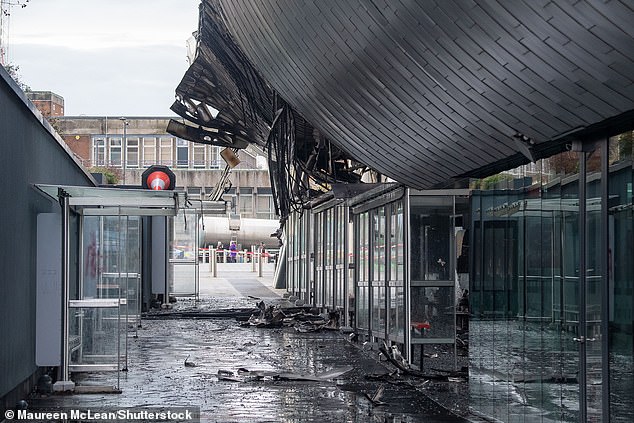 Part of the bus station’s roof is hanging off, as debris covers the floor following the blaze

A spokesman for Thames Valley Police said today that officers were seeking witnesses to the arson.

‘At around 1.50am on Saturday a fire was discovered at Slough bus station that is thought to have started from a bus, a spokesperson for the force said.

Investigating officer, Detective Inspector Annabelle Palmer, based at Slough police station, said: ‘We are working in partnership with Slough Borough Council to investigate a fire that happened at Slough bus station.

‘Anyone who may have mobile phone footage or dash-cam footage of the fire or from the area around the time of the fire, please submit this to us using our online portal.

‘To make a report you can call 101 or fill in a form on our website.. Alternatively, if you wish to remain anonymous, you can contact the independent charity Crimestoppers on 0800 555 111 or online.’