Michael Gove today denied that Britons will need ‘immunity certificates’ to go to the pub – despite a fellow minister raising the prospect.

The Cabinet Office minister was asked during a round of interviews whether people could need to prove they had been given coronavirus vaccines to enter bars and restaurants. He replied flatly: ‘No.’

Pressed on whether they could be required at theatres or sports centres, he said: ‘No I don’t think so, no.’

The comments contrasted with the words from new vaccine minister Nadhim Zahawi, who indicated yesterday that although an injection would be voluntary some venues might insist on proof of one before granting entry.

‘You’ll probably find restaurants and bars and cinemas and other venues – sports venues – will probably also use that system as they’ve done with the app,’ Mr Zahawi told the BBC. 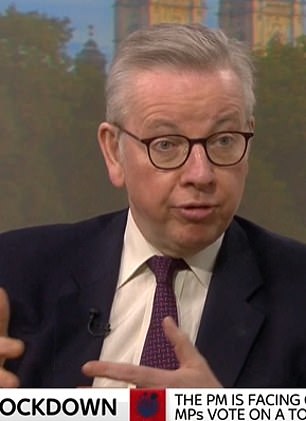 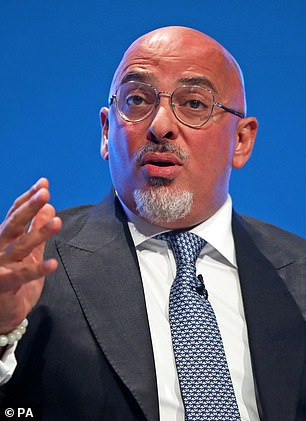 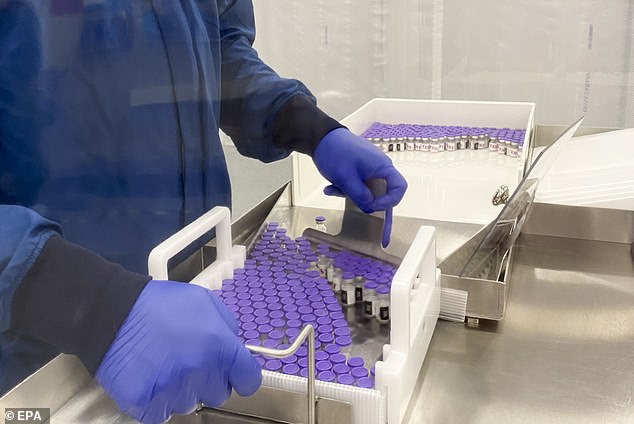 Restaurants, bars and cinemas may turn customers away if they have not had a Covid jab, the new minister for the mass vaccine roll-out suggested tonight

‘The reason the app has been so successful is because a lot of places that you would go to, they’ve got the QR code from the NHS that you scan for your own safety.’

The UK has put in orders for early access to 357million doses of seven coronavirus vaccines.

On a visit to a pharmaceutical company yesterday Boris Johnson said it was possible that one of the jabs could be available ‘in a few weeks’.

The imminent prospect of a huge vaccination drive raises questions over whether those waiting for a jab – or refusing to have one – will enjoy fewer freedoms than those who have protection.

Airlines have already been examining the idea of asking for ‘immunity passports’ as a condition of flying.

But grilled on whether the government was looking at ‘vaccine passports, Mr Gove told Sky News: ‘No, that’s not being planned.

He added: ‘I think the most important thing to do is make sure that we vaccinate as many people as possible.’

Some experts have voiced concern about such schemes and raised concerns over data privacy and human rights.

Health Secretary Matt Hancock said last night: ‘For a long time now we’ve been looking at the questions that Mr Zahawi was talking about and the question of what’s the impact on the individual in terms of what they can do.’

MPs will today give their verdict on the Prime Minister’s new coronavirus tiers. Although the plans are likely to pass, Mr Johnson is facing a revolt from Tories angry about the stringent restrictions.

He suggested service providers might say: ‘Look, demonstrate to us that you have been vaccinated.’

But government adviser Professor Robert Dingwall, of Nottingham Trent University, speaking in a personal capacity, said: ‘The idea of vaccine passports generally has been condemned by bioethicists, and there are concerns about medical privacy and a long history of abuse of these kinds of measures.

‘There was no need for the minister to discuss the possibility of businesses asking for vaccination status before vaccines are even available to those who want them. This may end up fuelling anti-vaxxers.’

A government spokesman said last night: ‘We have no plans to introduce immunity certificates. Our priority is to ensure we can deploy vaccines rapidly if they pass essential safety checks.’