Migrants used garden tools as paddles to reach Britain after a journey lasting a day and a half, it has emerged, as 20 more people tried to cross the English Channel today, bringing the total this month to a record 701.

Four Sudanese men were picked up by Border Force off the Kent coast at 7.51am yesterday after using lawn-edgers to propel themselves across the perilous shipping lanes of the Dover Strait in a small boat with a damaged hull.

It came as around 20 migrants were landed at Dover at 10am today after being rescued from six boats, which would edge this year’s tally close to the record 1,850 during the whole of 2019. The Home Office has not yet confirmed today’s total. 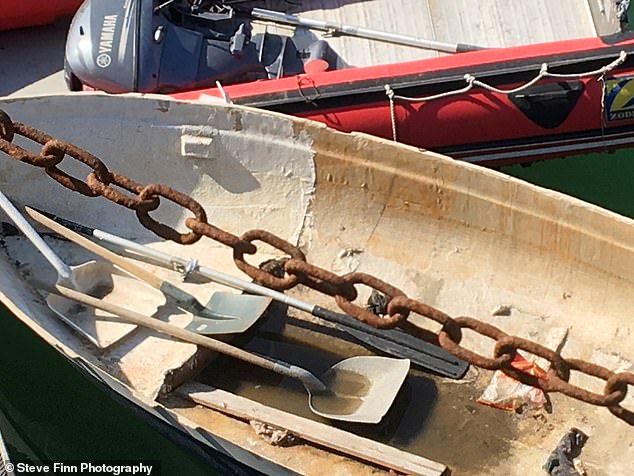 Four Sudanese men were picked up by Border Force off the Kent coast at 7.51am yesterday after using lawn-edgers (pictured today) to propel themselves across the perilous shipping lanes of the Dover Strait

So far in 2020, a total of 1,670 migrants have been picked up in the Channel, suggesting last year’s figure of 1,850 figure could be shattered in the coming days. Out of the total, 1,299 migrants have arrived since lockdown began in March.

Six boats and a kayak carrying 80 migrants were intercepted in the Channel yesterday in a series of rescues starting at 3.31am. All those on board were landed at Dover and tested for coronavirus symptoms, but no medical issues were reported.

This rise in crossings has prompted Home Secretary Priti Patel to push for controversial new powers that could see Border Force officers turning back boats in the Channel and sending them back to France.

If this proves impossible under current law, she is said to be drawing up plans for specific new legislation allowing UK patrol boats to turn back the vessels.

A major tightening of asylum law is also on the drawing board, which will force claimants to lodge all their arguments at the beginning of a case.

This would stop them making a series of claims in the courts under different parts of human rights laws to delay their deportation. Both measures are likely to be highly contentious. 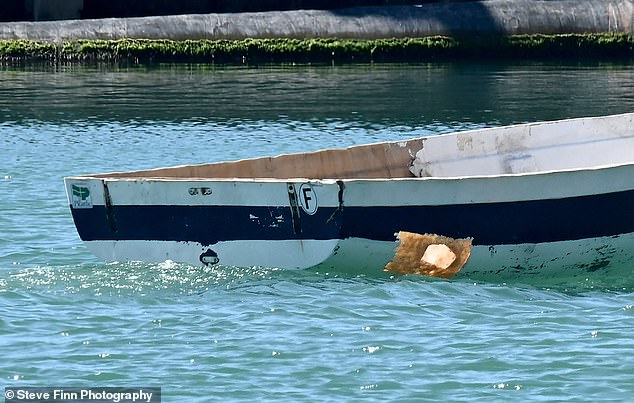 The boat – pictured today at Dover – had a damaged Hull. The men inside told Border Force their crossing had taken a day and a half 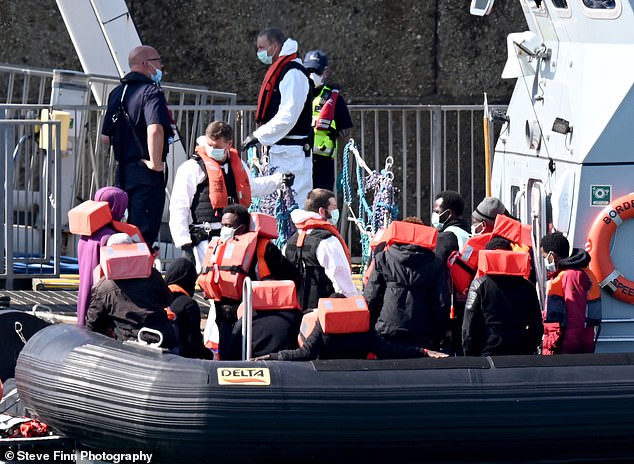 The UK Border Force is already looking at what powers it has to ‘turn people around in the Channel without any legislative changes’, a source said. At present, the border patrol cutters are only allowed to intervene when they see a migrant vessel in danger.

If new laws are required to turn back vessels at sea, the way it will work will inevitably be tied into the UK’s final Brexit negotiations with the European Union.

On the planned asylum reforms, a source added: ‘The Government wants to get into the position where asylum claimants cannot continually change their story and keep appealing. This is very detrimental for genuine asylum seekers who need the help of this country.

‘The current legislation does not work. It’s not fit for purpose.’

Ministers are understood to believe they will win public support for plans which require all reasons for an asylum claim to be made at the beginning of a case. 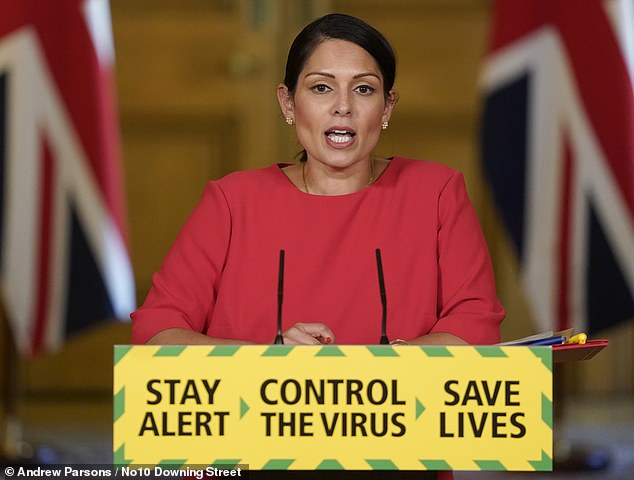 The maritime measures being pursued by the Home Office are thought to be conditional on securing the support of the French. Mrs Patel has already raised the issue with her Paris counterpart Christophe Castaner.

The Home Office is also understood to be looking at simplifying and streamlining the schemes which govern how asylum seekers are housed across the country.

Currently, some of the schemes involve local authorities volunteering to accept asylum seekers – such as the project for unaccompanied children who have claimed refugee status.

Kent County Council leader Roger Gough has called for that scheme to be made compulsory after the number of lone children being cared for by his organisation soared.