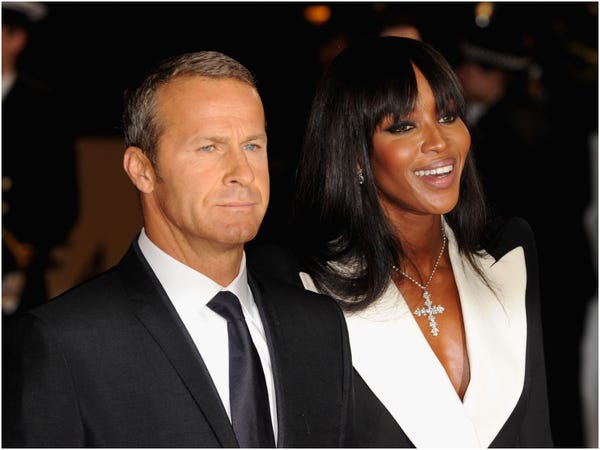 Naomi Campbell is being sued by her ex-boyfriend, Russian billionaire Vladislav Doronin.

According to legal documents obtained by TMZ, Doronin says that Campbell is still in possession of some of his personal property. Doronin values it at over $3 million.

The Russian businessman and real estate developer also says that Campbell owes him money after he loaned her a sum over the years. Doronin says that she is now refusing to pay back the money.

Campbell, meanwhile, is estimated to have earned $60 million in her supermodel career.

Doronin and Campbell first began dating in 2008 and were a couple for five years until they split up in 2013. They have been apart for seven years now, but Doronin is persisting with his claims.

Campbell was previously in relationships with U2 bassist Adam Clayton 1993 to 1994, and Italian businessman Flavio Briatore from 1998 to 2003. She reportedly dated Liam Payne for two months in 2019.

Meanwhile, Doronin has been in a relationship with Russian model Kristina Romanova since 2015.

Campbell could be set for another appearance in court following these legal documents.

The actress and model has previously appeared in court several times and has been convicted of physical assault on four occasions between 1998 and 2015. Campbell also testified in court in 2010 in the war crimes trial against former president of Liberia Charles Taylor.

Recently, Campbell showed off her new flight routine during the coronavirus. In March, Campbell posted photos of herself in a full hazmat suit and face shield while catching a flight. Experts said that supermodel was on to something, and that more people should be as precautious while flying as Campbell.