THIS is the shocking moment a brawl broke out between Russian and Brit tourists at a five-star hotel.

What allegedly started as a row between two men escalated into a full-blown fight between seven men – reportedly leaving one Brit with a broken arm. 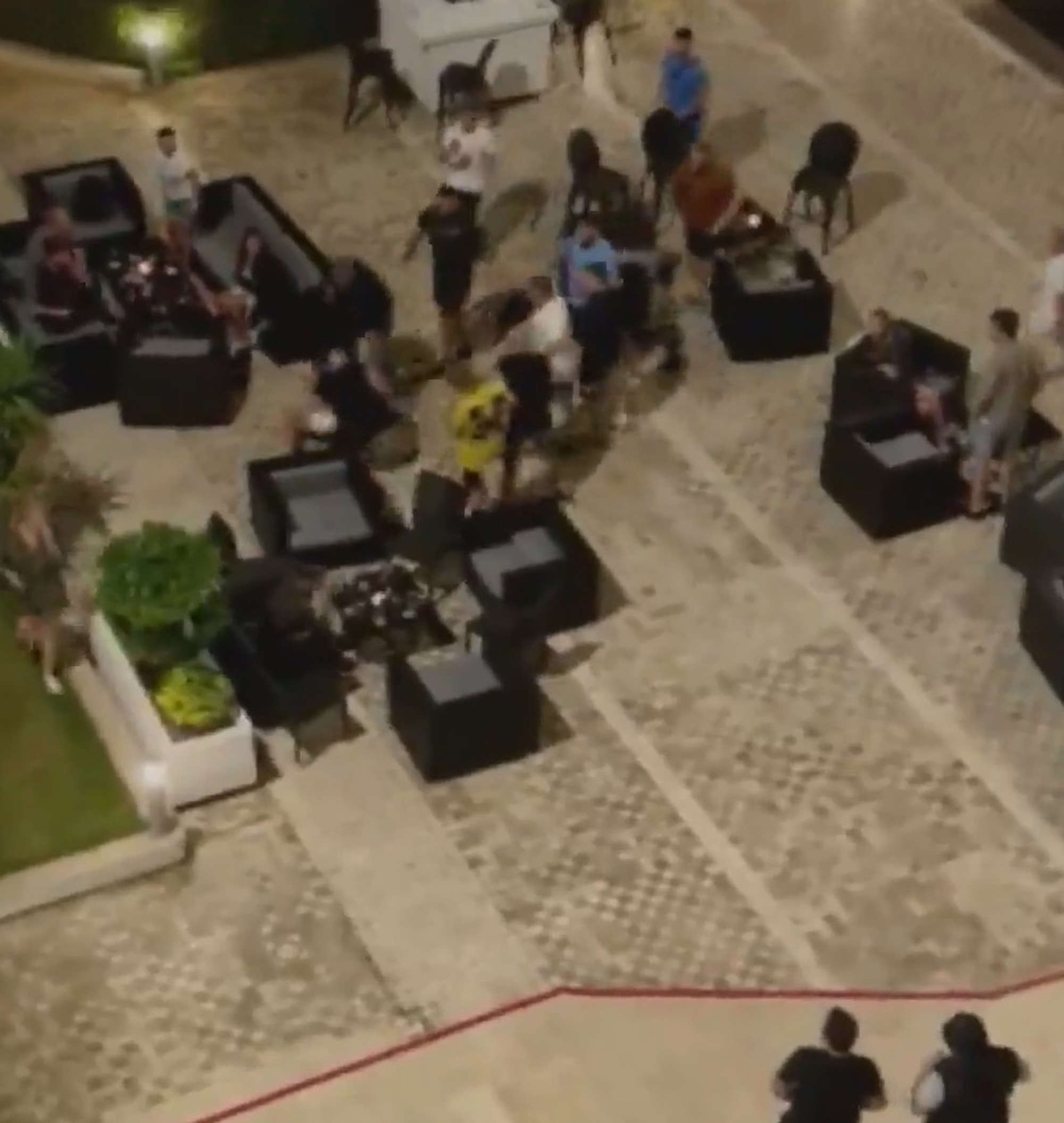 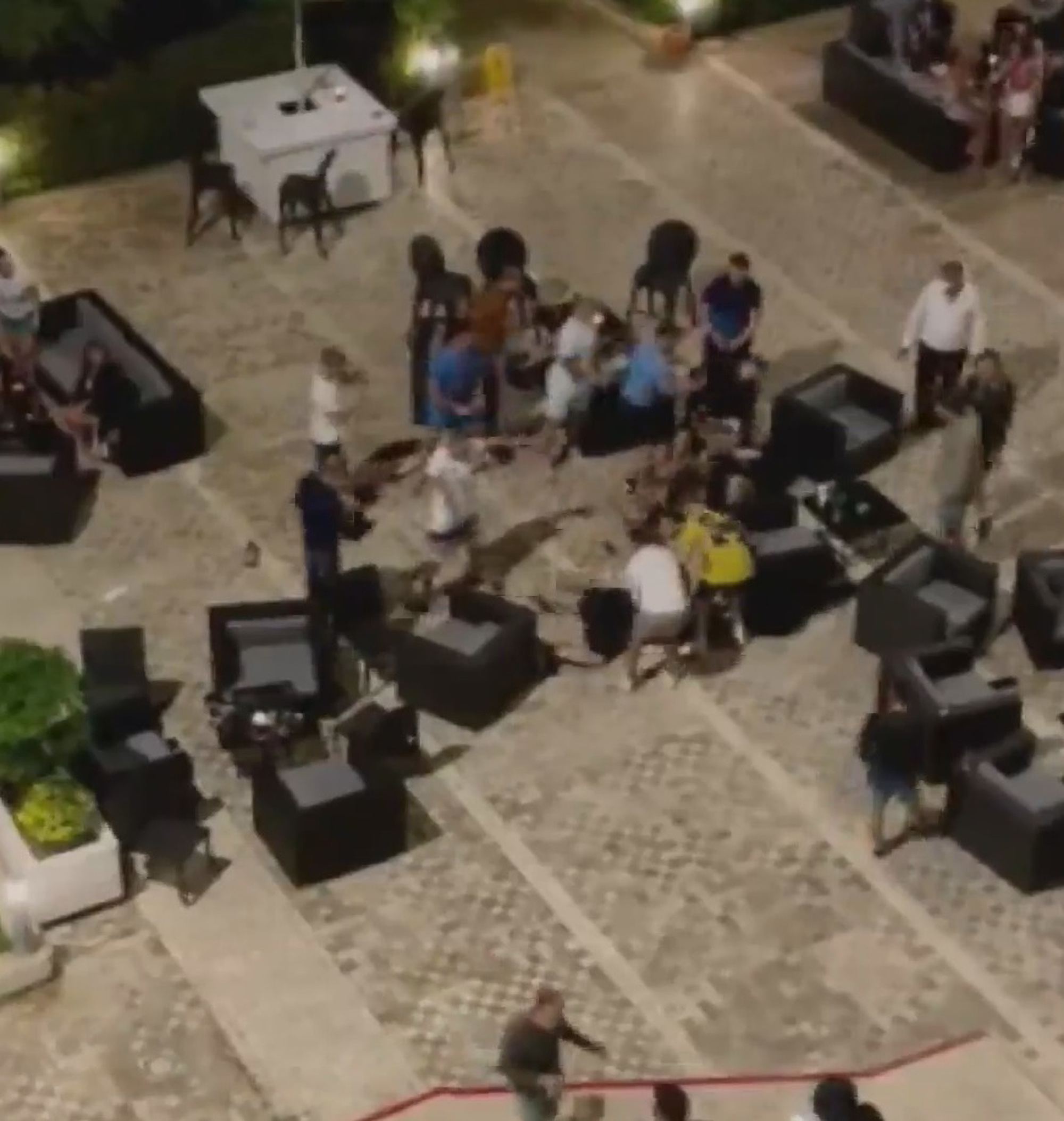 A Russian tourist allegedly attacked a Brit after accusing him of looking at his girlfriend before the brawl erupted in the garden of a hotel in Muratpasa, Turkey on Monday evening, reports local outlet En Son Haber.

Footage caught on a mobile phone shows two groups of men shouting at each other with one apparently telling another to "f**k off".

One of the Russians then allegedly attacked a British tourist before the tussle quickly descended into a mass brawl.

In the clip, a British voice is heard shouting "get off me" at one point before some women, reportedly the tourists' girlfriends, appear to become involved, attempting to separate the men.

At first they fail and scream as the fight continues before apparently managing to stop the violence.

The footage also shows that staff at the hotel, which has not been named, appearing to fail to intervene and put a stop to the violence.

Garden tables and armchairs were damaged during the fight, according to local media outlet Sabah.

They were treated by medical professionals who were called to the hotel.

None of the people involved have been named and it is currently unclear if the police are investigating the incident. 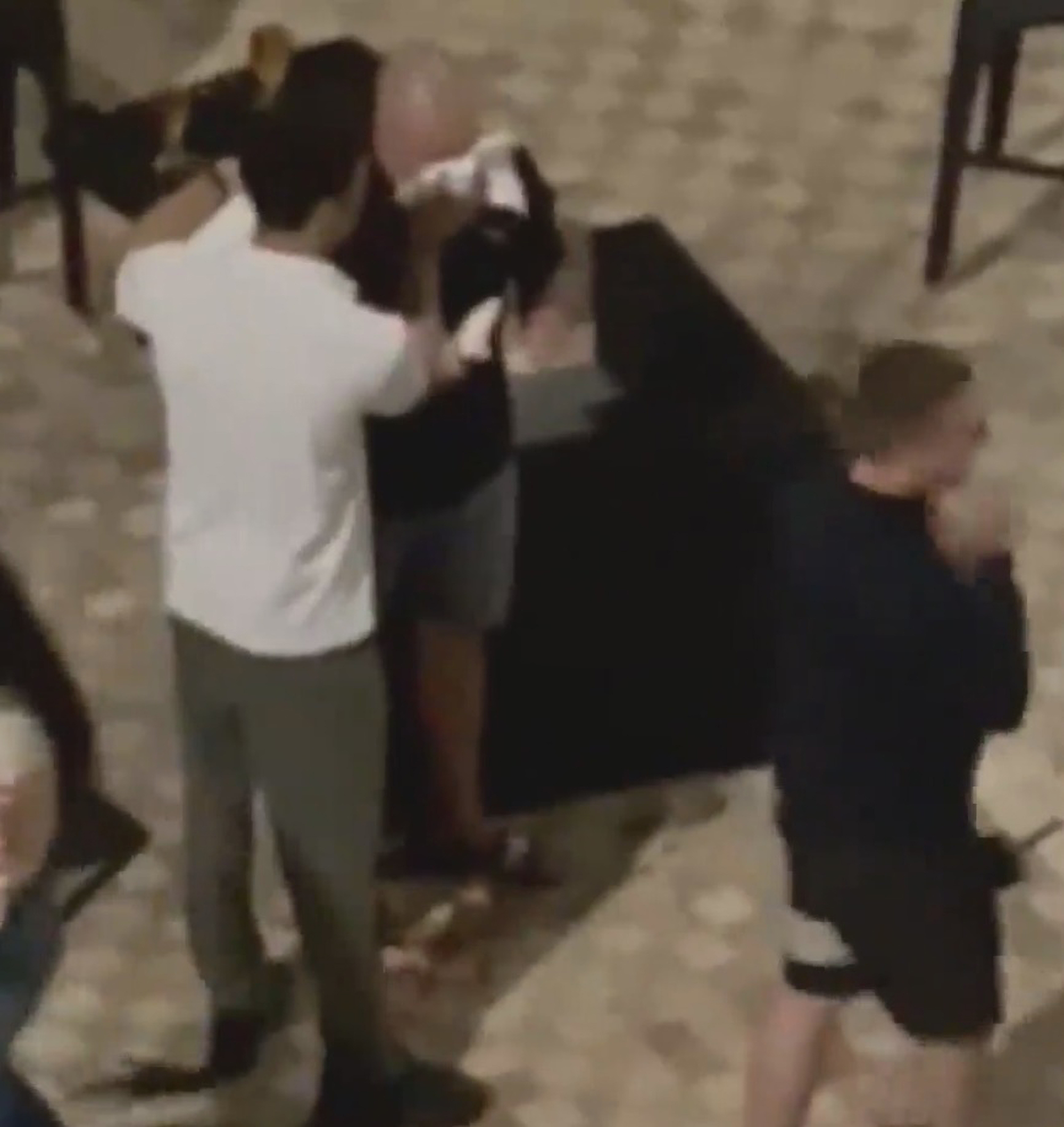