A MUM has claimed she was told to "shut her mouth" by a McDonald's franchise owner after confronting her for parking in a disabled bay at one of the fast food restaurants.

Stella Weston, 36, had approached a driver who was parking in the only remaining disabled spot to ask if her 84-year-old nan could use it, who has a blue badge due to dementia and heart failure. 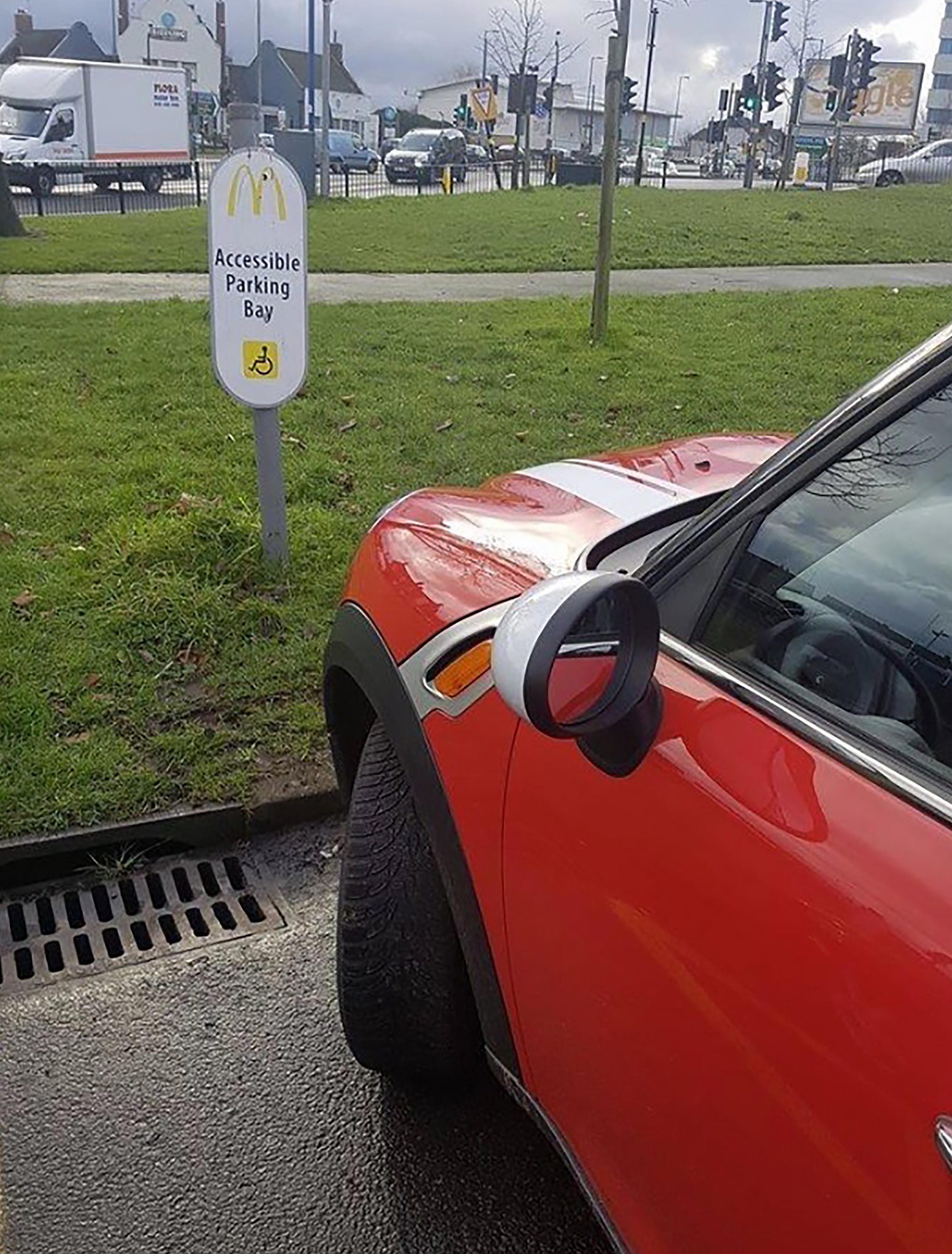 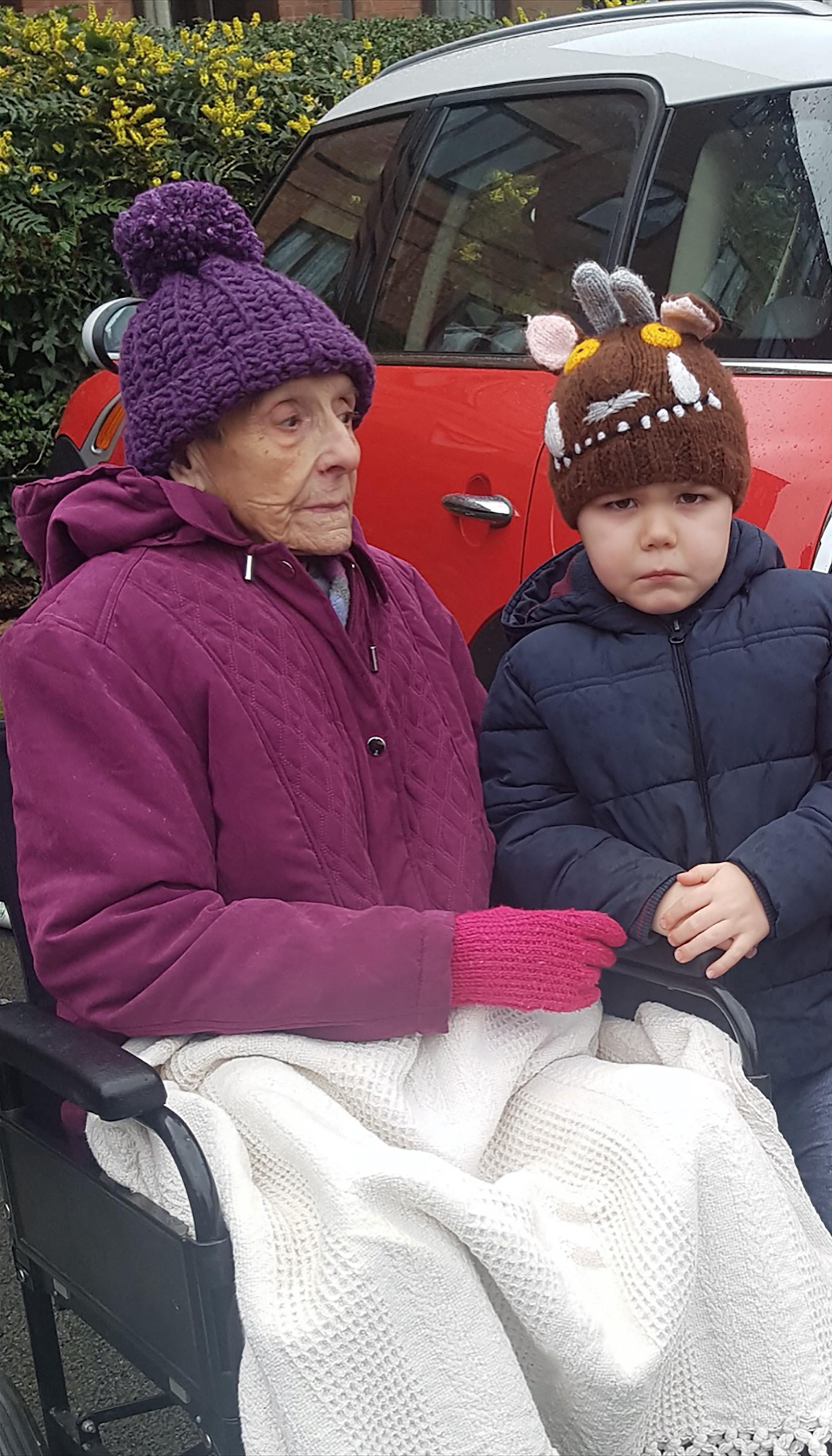 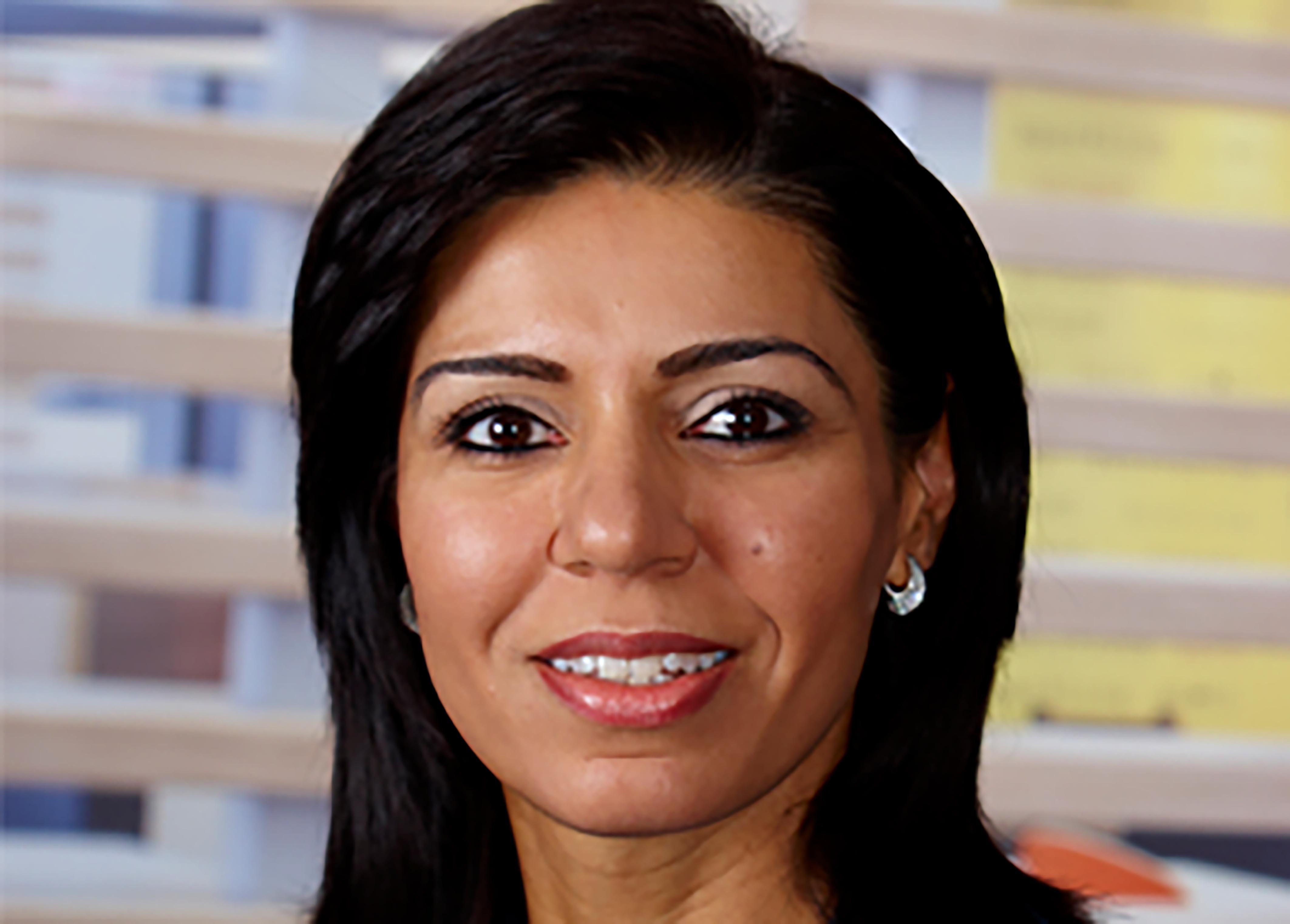 However the mum-of-five says the lady became hostile and told them to park elsewhere – before telling Stella to 'wind her neck in' when she argued that they had a disabled badge.

To Stella's horror, when she headed into the Bearwood branch, Birmingham, to complain to the manager she was told that the woman she was embroiled in a row with was in fact the store's franchise owner.

Afia Sirkhot, an award-winning franchisee of five McDonald's restaurants and a trustee for Ronald McDonald House, admits the row took place but denies she told anyone to shut up.

Mum-of-two Afia, 49, claims she didn't realise it was a disabled bay because Stella was standing in front of the sign – though she owns the restaurant and there is a large bright yellow hatched box with disabled markings on the floor.

Afia, who has since apologised, claims she would have moved sooner if Stella had not been abusive, which Stella denies.

Stella, from Halesowen, West Mids, said: "She clearly knew it was a disabled spot – she owns the store.

"Nan was very upset and kept asking 'what have I done?' It was a really distressing event. It was a very upsetting position to be in and it shouldn't be like that.

"It is bad enough a customer doing that but not the store manager. It is quite shocking. Who knows, maybe she does this a lot.

"I was taken aback when I Googled her name when I got home and discovered she was the franchise manager and does lots of charity work. I couldn't believe she was doing this.

"I would like an apology from her. To be fair, she dug herself into a hole and couldn't get out. Why didn't she do the right thing? She clearly didn't like me suggesting that at all or being told to move.

"She is the gaffer and she doesn't move for anyone – that's the impression I got.

"She should have gone above and beyond to make our trip a comfortable one." 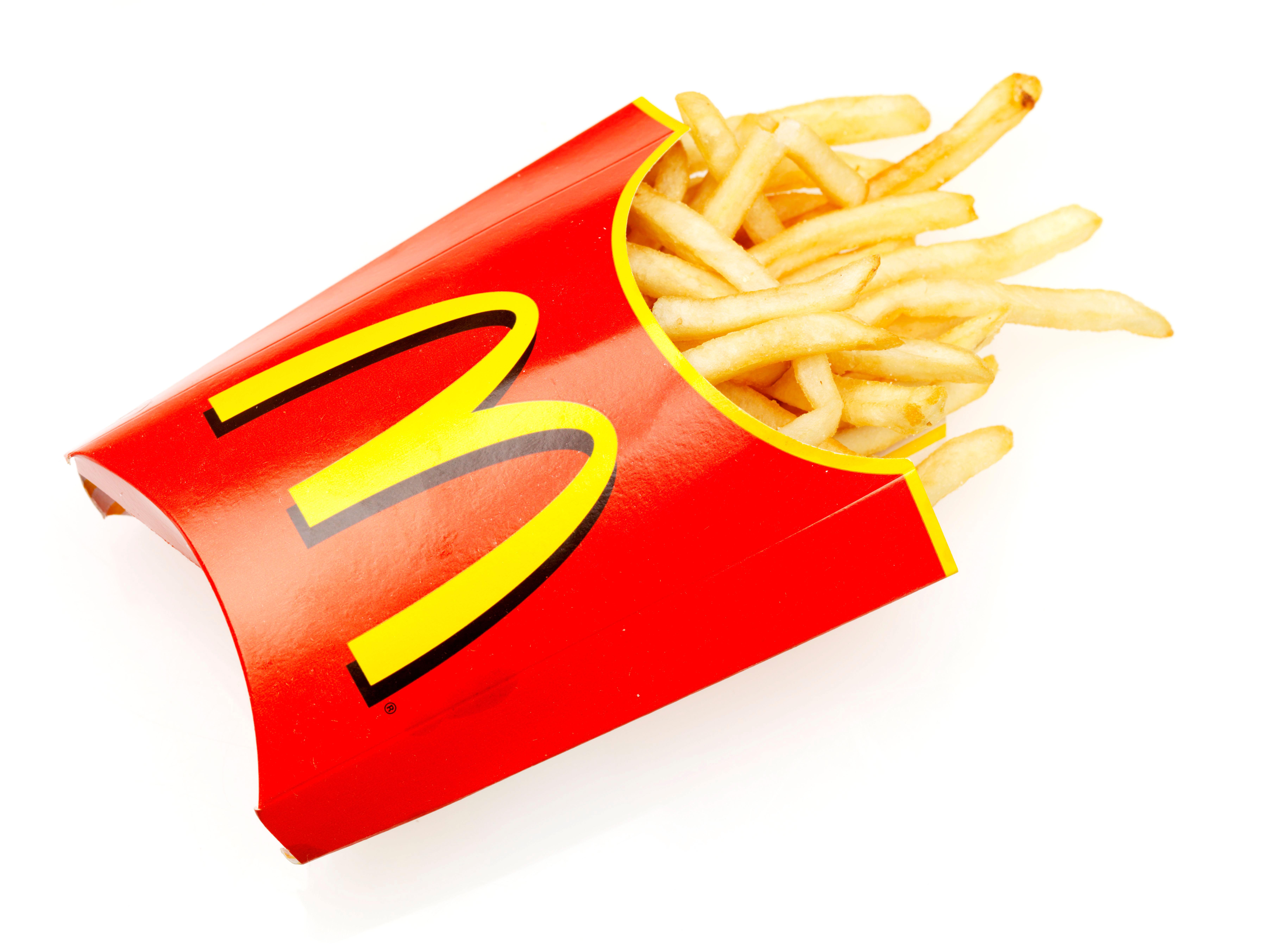 MAC TO THE FUTURE 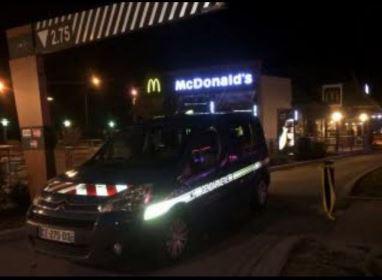 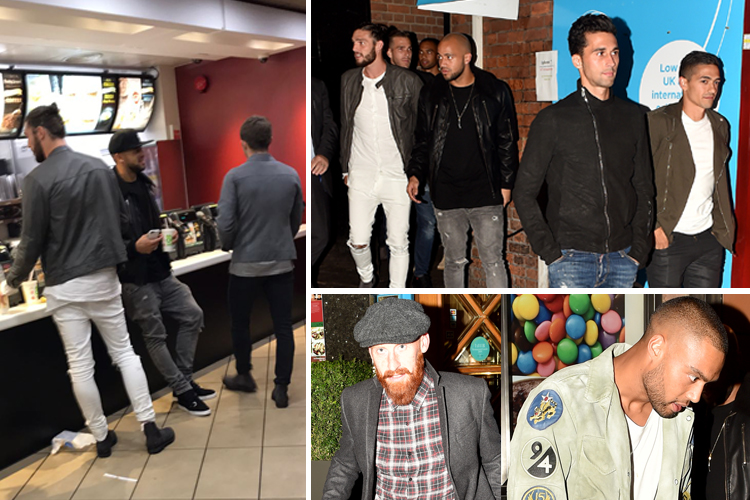 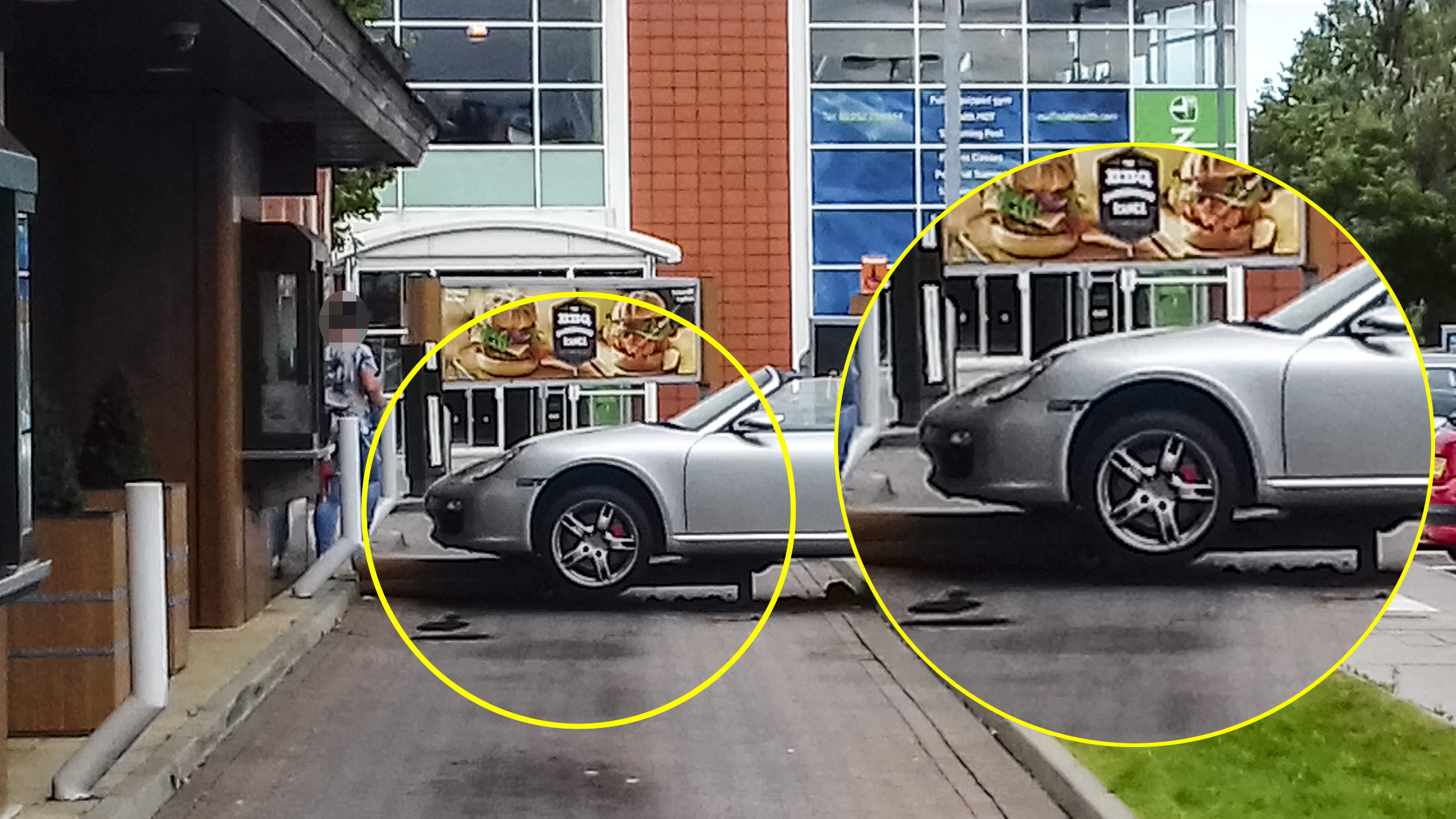 Stella had arrived around lunch time on Wednesday, just a few moments before her mum Judith Bergin, 58, arrived with her nan Marion Allsop.

Stella said: "Nan loves it there, it's quite a treat so we go once a week.

"I had parked in a normal spot and I spotted there was only one disabled bay free so I was hovering around it as I knew they would park there.

"Then a car pulled in. I was quite shocked the woman who got out was not disabled.

"I saw my mum come round the corner and pointed her out to the lady, politely asking if she would move.

"She said that she was sure the other people parked in the disabled bays weren't disabled. One actually had a wheelchair in the back. I said that that's not the point.

"She said my nan could walk so I explained about how she had had heart failure and she has very early stages of dementia.

"We just got an earful from her. She was asking 'well where am I going to park?' but I said that was not my problem – we had a disabled badge and she didn't.

"When my mum intervened she told her to shut her mouth and said to me I should wind my neck in.

"My son Alfie is only four and he was holding on to my hand very tight as she was very aggravated, right in front of him.

"I went in the branch and asked for the manager. The assistant manager came over and I explained how a customer was parking in a disabled bay and refusing to move without a badge.

"It was then he told me that was the manager. I said 'you're joking'. I couldn't believe what I was hearing.

"I just can't believe that a representative of the store would act like that, especially one so senior." 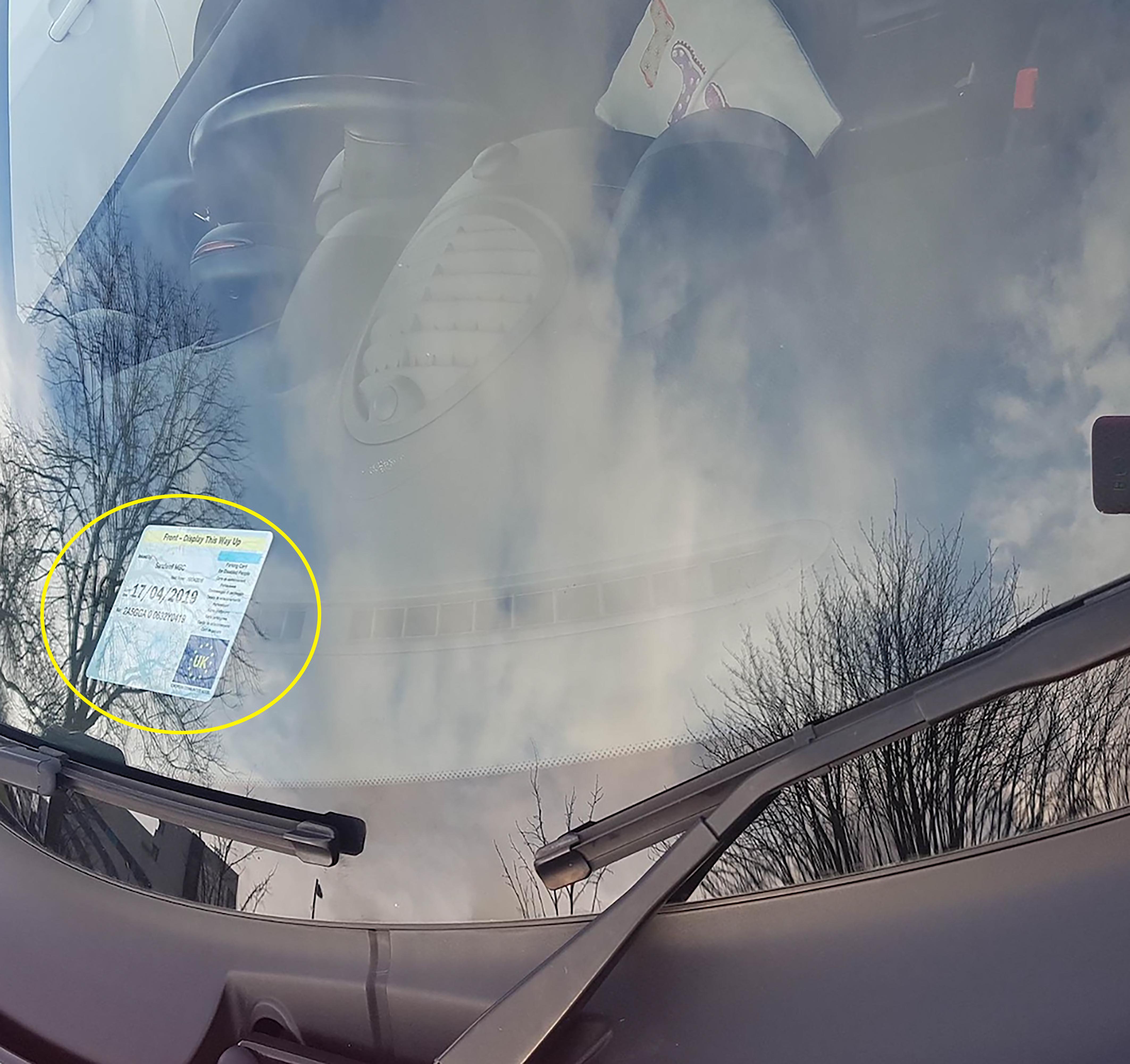 Afia denied that she told anyone to shut up or wind their neck in and said she does not speak to her customers like that.

Afia said: "She was standing right in front with her son so I went to park there, not seeing – I didn't know it was a disabled bay because she was blocking the disabled sign.

"So I couldn't tell [it was a disabled bay] so I went to park in there and she said 'are you disabled?' and I thought 'Oh, that's a strange question' and I said 'no, why?'.

"She said 'You're parking in a disabled bay' and I explained that I didn't realise as she was standing in way [of the sign].

"She said 'My mother's coming and she needs to park' and I said OK. But then she started to be quite abusive."

In a statement later issued by McDonald's, Afia said: "I appreciate I shouldn't have been parked in a disabled bay and I apologise for this.

"I was there for a matter of moments to drop off some paperwork and accept I should have demonstrated better judgement in the decision.

"I'm surprised by the account of this incident as I don't feel it paints an accurate picture of what happened.

"I reacted to an individual who became hostile towards me and to rectify this, I'd like to invite Stella Weston into our restaurant to explain."