They really could have handled it better! Builders renovating Lloyds bank install new door – right in front of black metal box on pavement outside

Builders renovating a former Lloyds Bank have installed a new door in an interesting location in front of a black box.

The oddly placed entryway has prompted one prankster to write ‘what a stupid place to put a door’ under the nose of the building in Frinton-on-Sea.

And has caused amusement and confusion to passers-by as they walked in Connaught Avenue to see how the building – purchased for £650,000 – is being transformed into homes and a retail shop.

Frinton-on-Sea is one of the many towns up and down the country to have no bank after the UK lost 5,000 High Street branches in a decade. 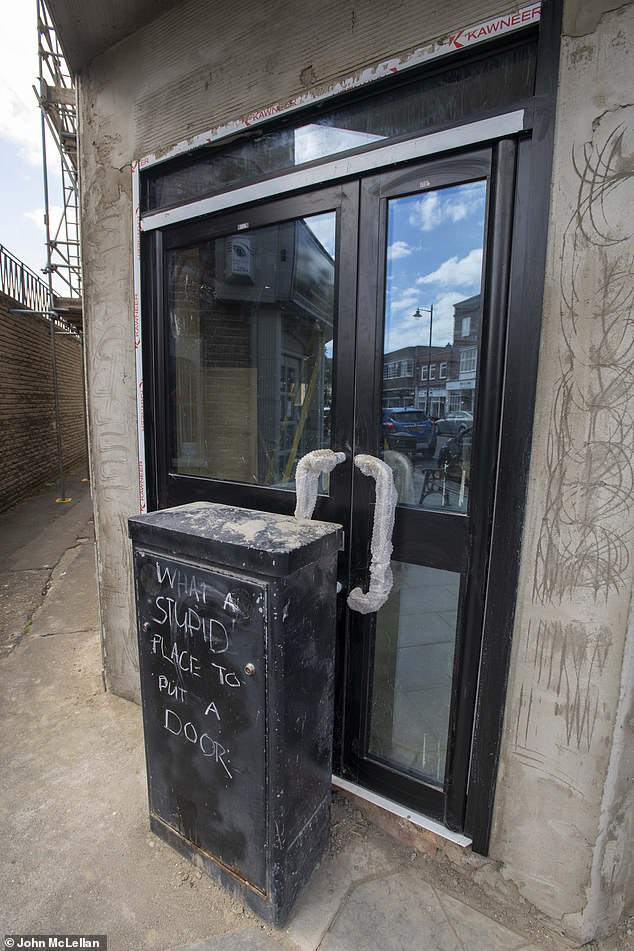 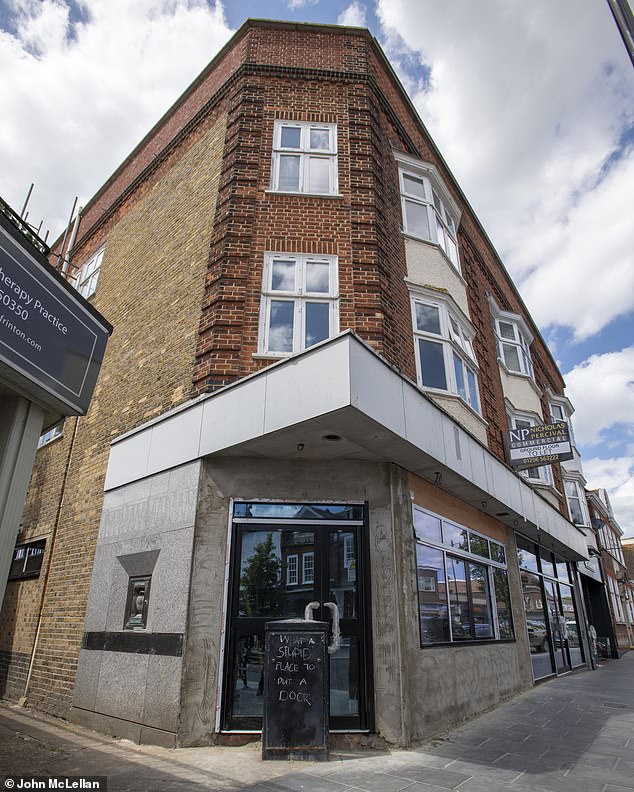 It has stood largely empty since the Lloyd’s Bank was shut in 2018 and is now a three-storey mixed-use property.

Cheffins originally thought it would sell for £500,000 but it exceed the auctioneers expectations.

The large building has a prime retail shop with a total frontage of 11.8 metres, as well as two substantial duplex apartments, right in the heart of this busy seaside town.

It was bought by a local investor, according to Cheffins. 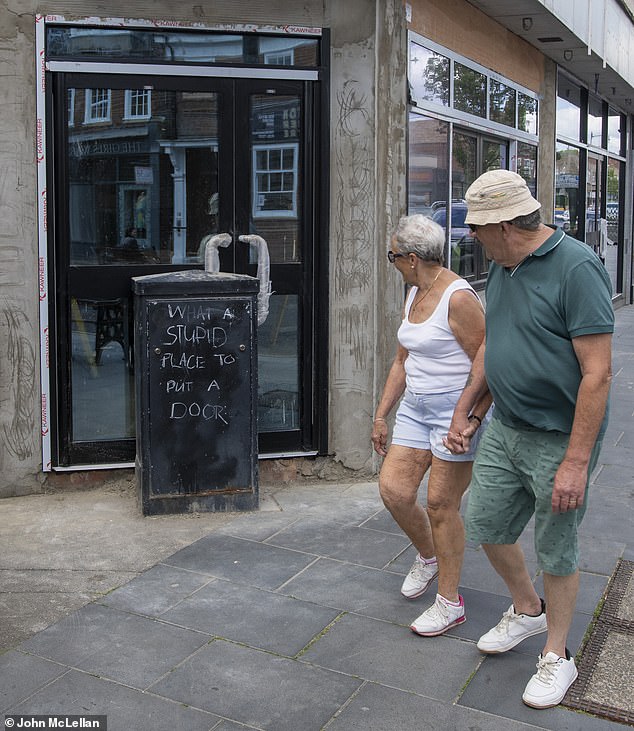 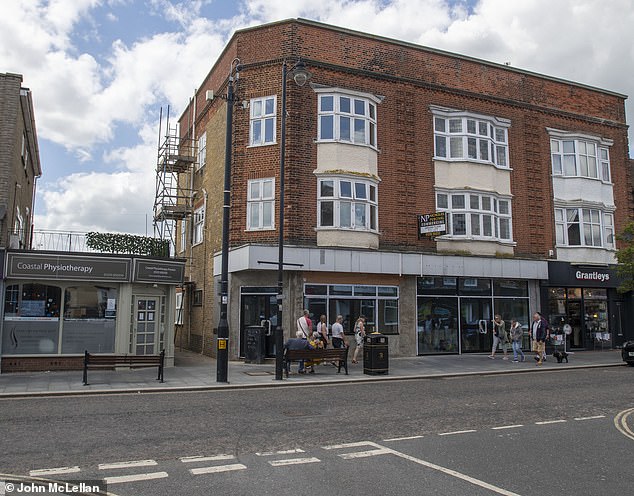 Banks across the industry have made deep cuts to their branch networks in recent years, which they have insisted are necessary to respond to the growing switch to online services – something accelerated by the pandemic.

Earlier this year it emerged that Britain had lost nearly 5,000 High Street banks in a decade, sparking fears that the elderly, vulnerable and those living in rural areas are effectively being ‘cut adrift’ from face-to-face banking.

But by the end of last year that figure had dropped even further to just 8,810 – a staggering 34 per cent decrease in less than a decade.