It's one of the most eagerly anticipated annual votes in the land of the long white cloud.

While US President Donald Trump makes unfounded claims of voter fraud, New Zealand's annual Bird of the Year contest has actual proof of electoral interference – and it's not for the first time either.

Organisers of the 2020 contest have revealed that 1500 fraudulent votes have been cast for the little spotted kiwi, catapulting the bird into first place in this year's contest. 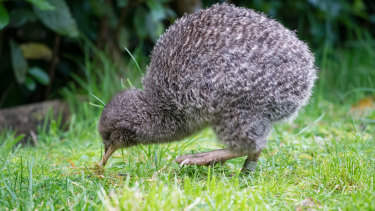 Coming so soon after a national election that returned Prime Minister Jacinda Ardern with a solid majority in a free and fair election, news of the election hack is likely leave New Zealanders in a flap.

The interference took place between 1am and 3am, with the organisation's digital detectives deducing all of the votes arrived, by email, from the one computer IP address.

With about 40,000 votes cast in total so far, those 1500 votes were more than enough to tilt the scales the Little Spotted Kiwi's way. The winner will be announced on Monday.

Our message is one person, one vote – actually it's five votes per person – and all the votes will be counted.

The endangered little spotted kiwi (also known as the pukupuku) is one of five of the Kiwi sub-species that are New Zealand's national symbol – but nobody likes a stolen election.

Thankfully, the bird has now been stripped of those fraudulent votes and has fallen back to the middle of the flock.

Megan Hubscher, Bird of the Year spokeswoman for advocacy group Forest and Bird, said the interference wasn't the first time the election had been hacked, either.

In 2018, rogue Australian actors attempted to pervert the course of New Zealand’s election with 310 dodgy votes cast from across the pond. 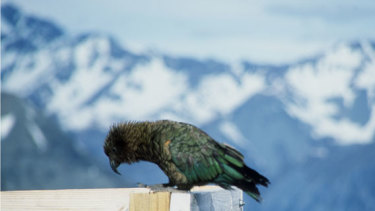 The Kea, the world’s only alpine parrot, and winner of New Zealand’s Bird of the Year contest in 2019Credit:Fairfax Media

"A few years ago we had some fraudulent votes came from the shores of Australia. They thought they could get the shag up as the winner. Everyone loves the shag, but we made sure that we got the fair and square winner up, not a dodgy Aussie favourite."

There has also been suspicion of Russian interference, Hubscher says.

"There was a bit of chatter last year about Russia, with the godwit. They are our long-haul flying birds, they migrate from the Arctic circle where they spend the Kiwi summer and then they fly back to the Arctic – they fly all the way there and back. So we looked into a potential Russia scandal [too]."

Hubscher has a stern warning for anyone looking to interfere in New Zealand's election – "just don't do it. Democracy is the name of the game and every vote counts".

"Our message is one person, one vote – actually it's five votes per person – and all the votes will be counted and hopefully New Zealand birds are the winner."

Australia and New Zealand share many native bird species and, Hubscher says, Australians are welcome to vote in the contest – but please, "if people could keep it legal?"

Voting for the contest closes at 3pm on Sunday and anyone looking to cast their vote – without ruffling Kiwi feathers – can do so on the Bird of the Year website.