It turns out he didn't. But his draft stock may be on the way up regardless.

The Baylor wide receiver posted a 4.28 40-yard dash time at the NFL scouting combine to set the pace on a blazing day for wide receiver prospects. It wasn't the occasion the NFL first announced. His unofficial time of 4.21 seconds would have broken John Ross' record 4.22 from 2017.

After roughly two hours to examine the 40 times, the NFL determined that Thornton officially came in at 4.28 seconds. Still blazing fast, but not the record touted after his run.

So for a couple of hours Thornton got to celebrate a coveted place in combine history. Ross was watching and happy to see his success.

Yall crazy to think id be mad over him breaking it im happy for bro lol honestly that’s 🔥 fr!!

It turns out that Ross still has his throne. Thornton will have to settle for being the fastest man on Thursday.

Speed alone doesn't guarantee NFL success. Ross was drafted ninth overall in 2017 by the Cincinnati Bengals and hasn't eclipsed more than 506 yards in any of his five NFL seasons. But it's a coveted asset and one that could compel a team to roll the dice on Thornton earlier than his Day 3 draft projection.

While Thornton set the pace, he wasn't the only receiver to demand attention on the track. Ohio State receiver Chris Olave dropped jaws with his unofficial 4.26 just minutes before Thornton's run. Like Thornton's, his initial time was wrong too — by a wide margin. His official time of 4.39 seconds — also still blazing fast — was .13 seconds slower than his initial reading.

Unlike Thornton, Olave is projected as a high pick as a precise route runner with the ability to separate at 6-1 and 188 pounds. Yahoo Sports' Eric Edholm compared him favorably to Chris Godwin in his latest mock draft. And if Godwin leaves in free agency, Edholm projects Olave to land in Tampa Bay with the No. 27 pick in the first round. Will his combine time move him to the top half of the first round?

Even with the adjusted times, it was still a landmark day for scouting combine receivers. Eight prospects clocked a sub-4.4 time, the most at one combine since 2003. The average time of 4.48 was the fastest ever by a single positional group. 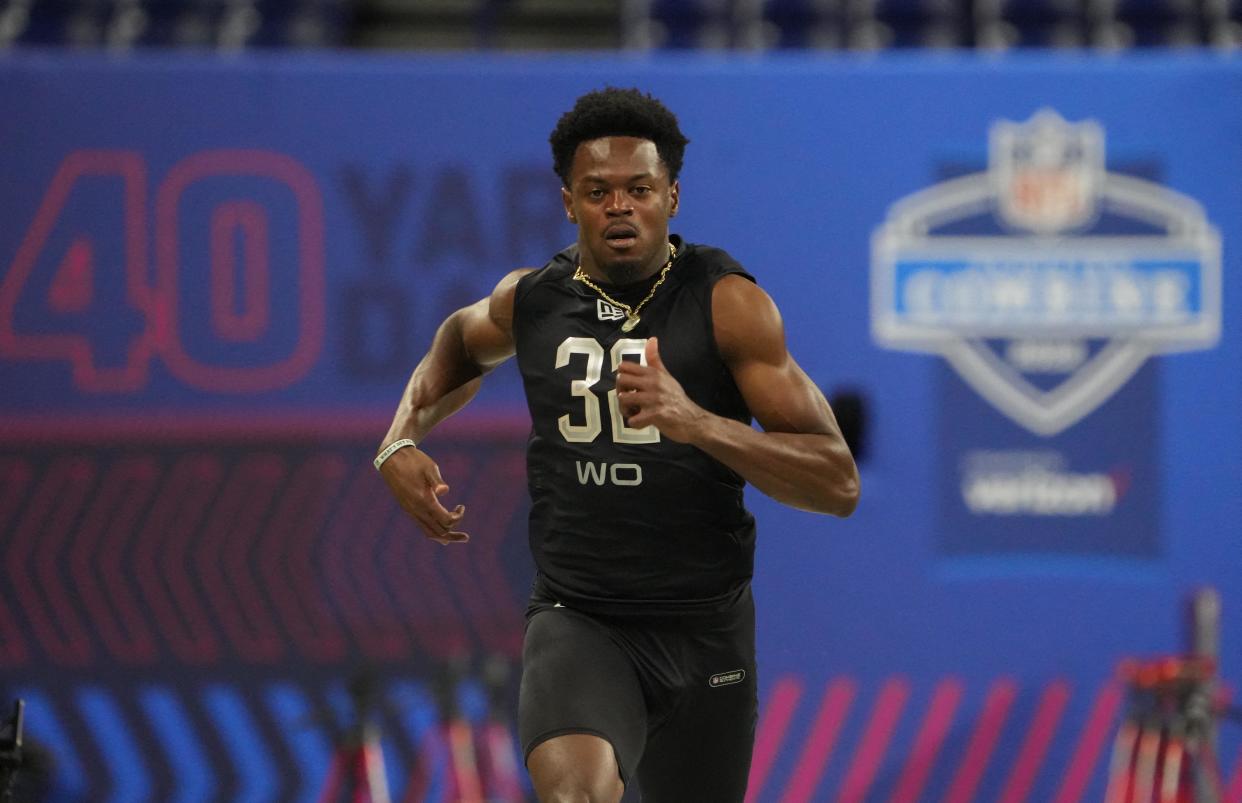