Number of children caught in school with drugs including HEROIN is up by more than a quarter in four years, new figures show

Rising numbers of children have been caught in school with drugs that include heroin, an investigation reveals.

Alarming figures show the number of drug seizures in schools is up by more than a quarter in four years – and one shocking case involved a boy of nine caught with cannabis.

More than 2,600 cases involving drugs were reported to police in England and Wales between 2016 and 2019, according to Freedom of Information data. 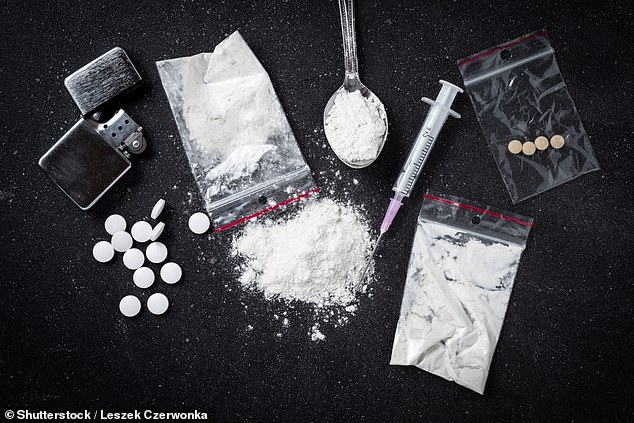 The number of children who have been caught in possession of drugs at school is rising – more than 2,600 cases involving illegal substances were reported in England and Wales between 2016 and 2019

And some cases involved serious offences including supply and drug trafficking – a key indicator of ‘county lines’ activity.

Headteachers said they are increasingly concerned about young children being coerced into dealing by gangs.

Figures from 23 constabularies showed the 2,643 incidents were reported to police between January 2016 and December 2019.

The real figure is likely to be far higher, however, because some of the largest police forces, including West Midlands and Greater Manchester Police, did not respond to the request for information.

Geoff Barton, of the Association of School and College Leaders, said: ‘Most young people do not take drugs… however, schools are particularly concerned about the sinister spread of the drugs trade by “county lines” gangs, in which vulnerable young people are coerced into dealing.

‘Schools are assiduous in educating pupils about the risks of taking drugs, and the dangers of involvement in the drugs trade, but this is part of a wider problem, which requires a fully co-ordinated and resourced response from national government.’

Cannabis was involved in 1,899 of the cases, while MDMA was seized on school premises 64 times and cocaine on 58 occasions. 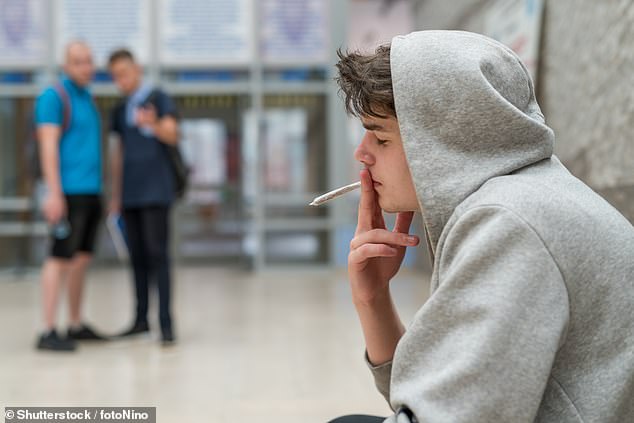 Cannabis was involved in nearly 2,000 regular cases, with MDMA (64), cocaine (58), heroin (9) the other regular substances found in the hands of pupils

Heroin, which is responsible for more than 1,000 deaths in England each year, was seized in nine cases, and prescription drugs such as Diazepam, Ritalin and Tramadol were also discovered.

Possession accounted for 1,779 incidents, with 108 related to supply and 62 listed as ‘other,’ including drug trafficking.

One incident, reported to Gwent Police in 2017, involved a boy of nine who had cannabis at his primary school.

Pupils aged 14 and 15 were most commonly involved. In 2019 alone, there were an average of four incidents per typical school day in England.

Anne Longfield, children’s commissioner for England, said: ‘Whilst this doesn’t paint a picture of a constant stream of drug deals in the classroom, the numbers are still worrying and prove how naive it would be to think drugs … aren’t present in some schools.’