A HIKER nearly drowned on Saturday after he was reportedly swept away by a whirlpool before being saved by an off-duty cop.

The 24-year-old hiker allegedly trekked the Willow Creek Trail in a secluded area above Bass Lake in California when he attempted to traverse the water. 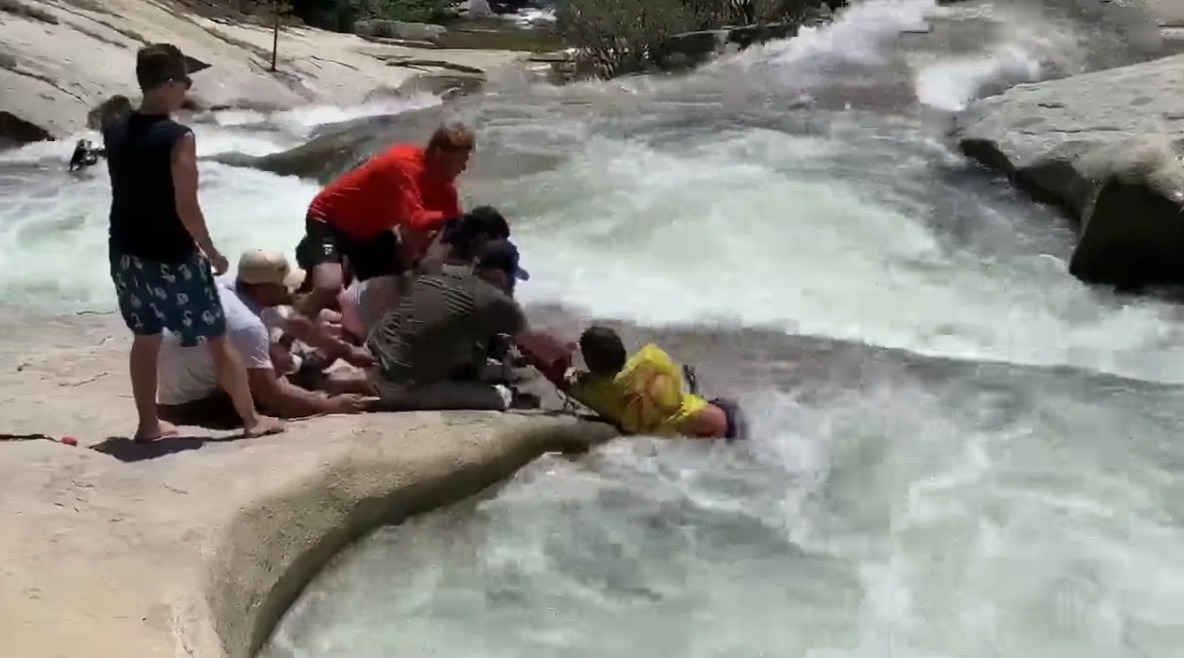 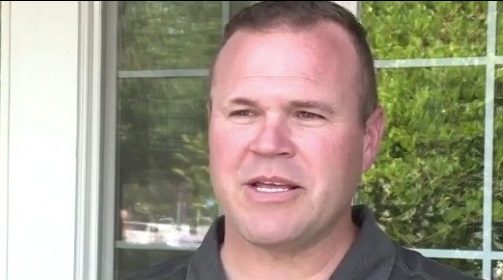 The daredevil from Fresno misjudged the water current as he tried to cross Angel Falls and suddenly became trapped a whirlpool flowing nearly 50 to 80 feet per second, police told KPIX.

Shocking video released by California Highway Patrol captured the moment he rescued the hiker, whose identity is still under wraps. 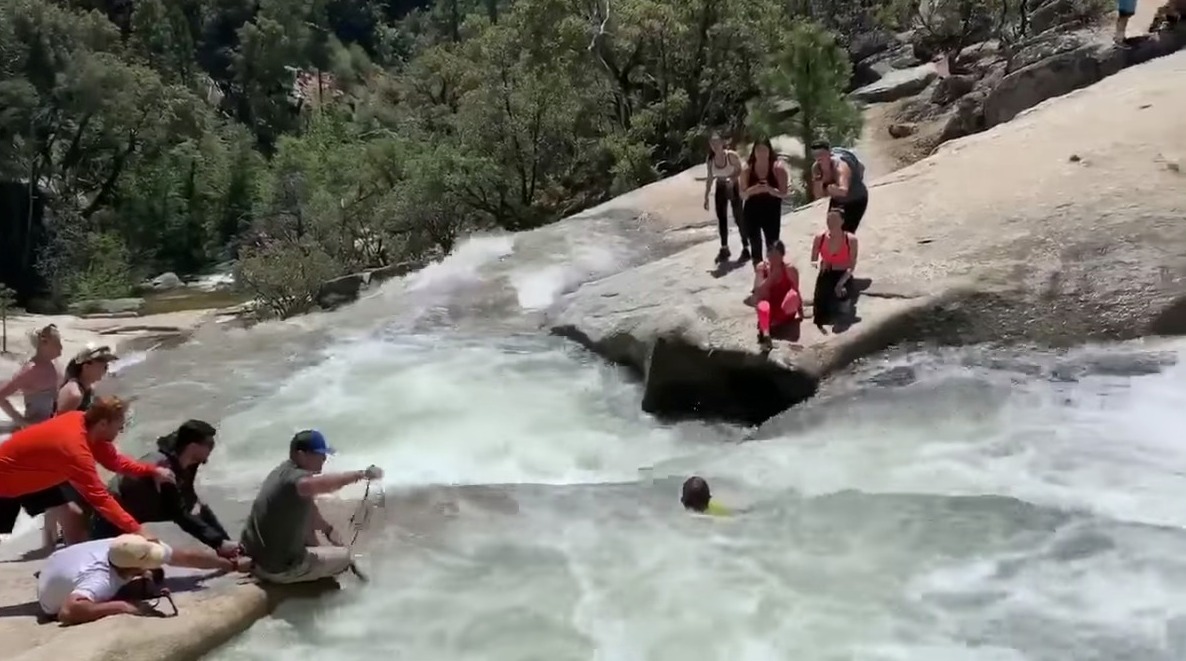 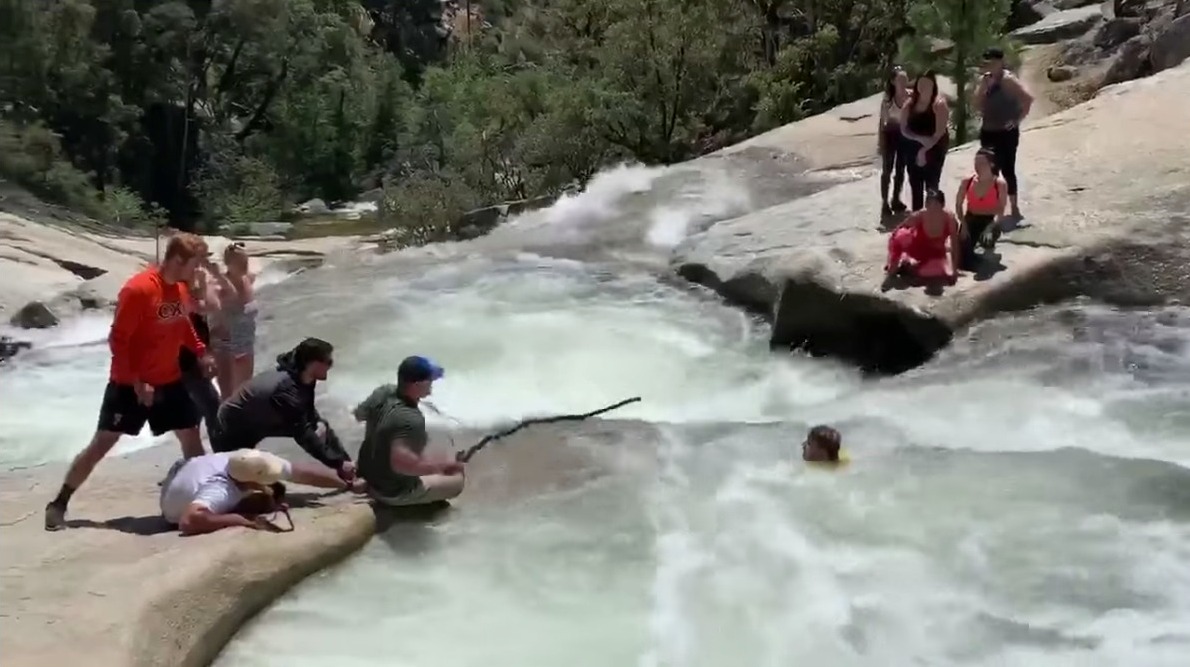 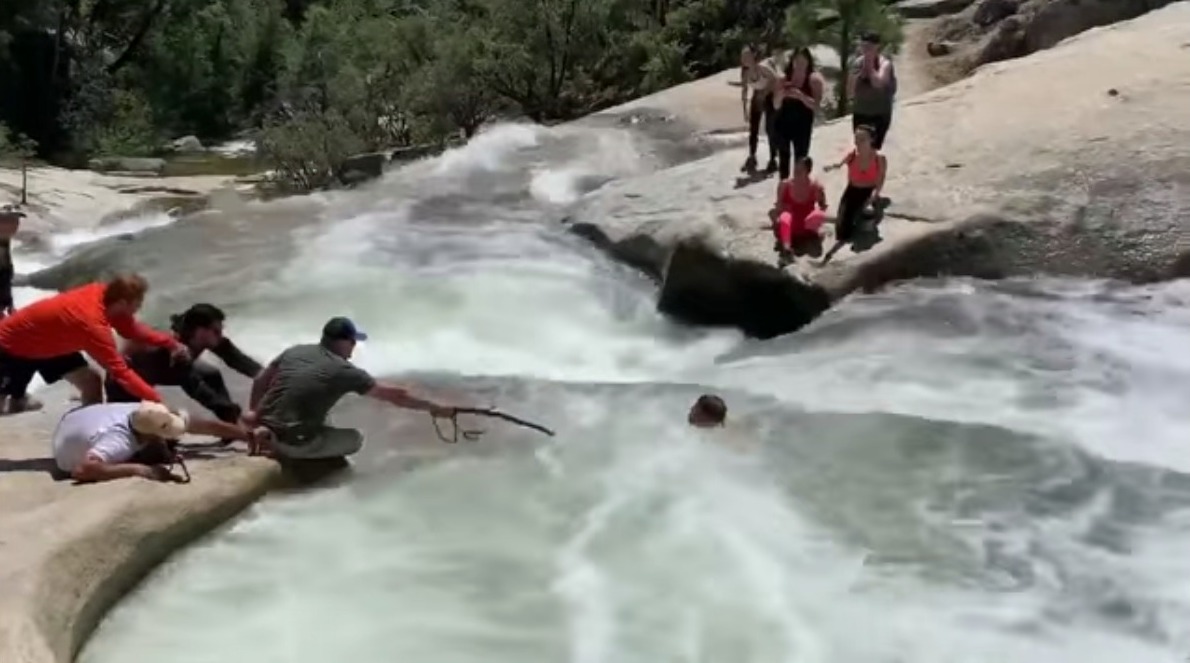 Donley, who is trained in search and rescue, used a strap from his backpack and tied it around a branch so the hiker could grab it, police said.

The quick-thinking cop then threw the branch to the hiker and talked the man through the rescue, the footage shows.

A group of good samaritans are seen helping Donley pull the man to safety.

The man was rushed to the hospital and is expected to recover, cops told KMPH. 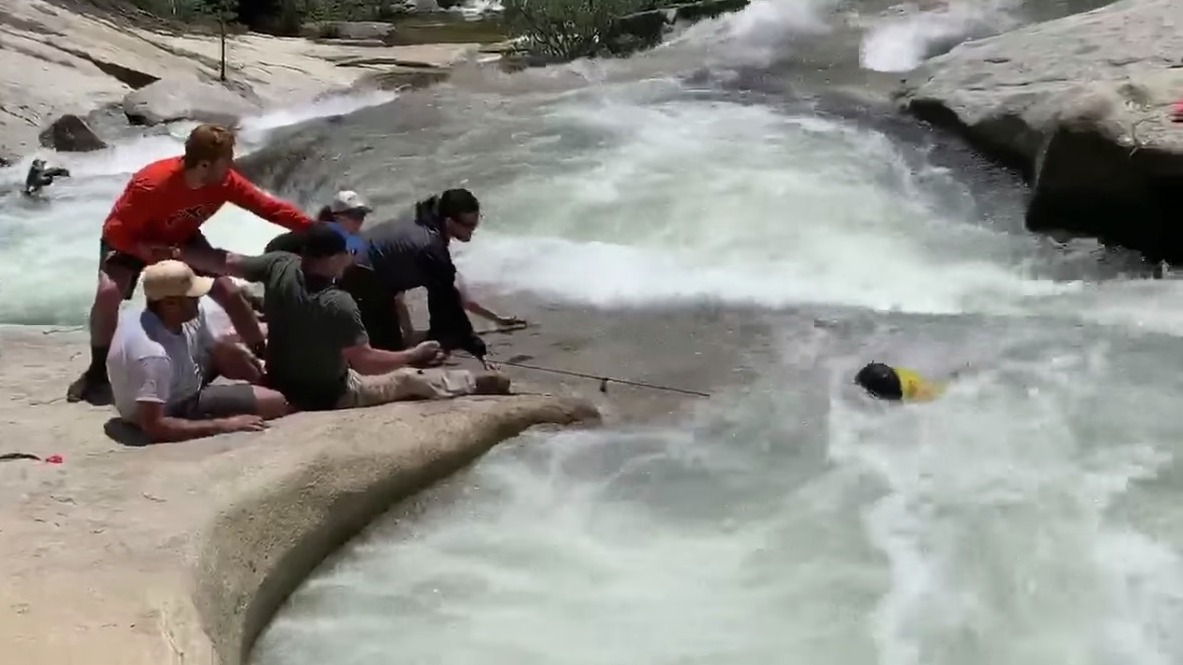 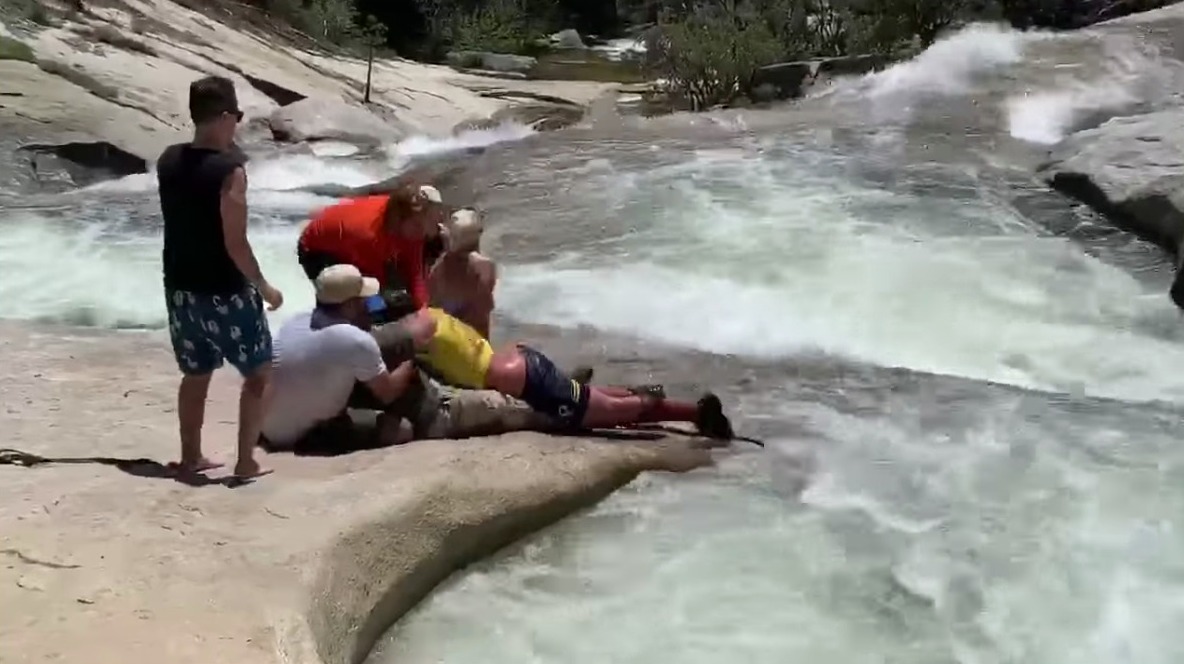 The off-duty cop provided first aid until Search and Rescuers arrived at the scene in Madera County.

"This…call could have ended very badly if not for his help," the Madera County Sheriff's Office said.

Authorities said the hiker's dangerous rescue is a reminder to never attempt to cross swift water – even if it doesn't appear to be dangerous.