Pictured: Boy, 16, killed when car being chased by police after burglary crashes into wall in smash that also put 16-year-old passenger in hospital

A teenager has been killed in a road smash whilst fleeing police investigating an attempted break-in.

The teenager named locally as Shae Marlow died at the scene after a VW Golf he was driving ploughed into a wall.

Officers had been following the car in rush hour after reports of an attempted burglary in Stalybridge, Greater Manchester at 6pm on Tuesday. The crash occurred on Wakefield Road at 6.30pm. 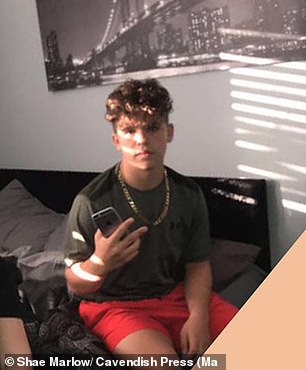 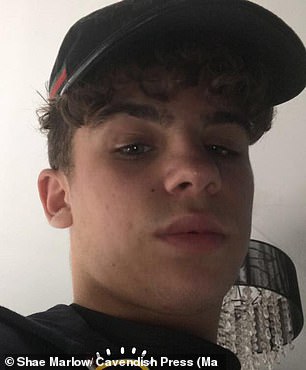 A 16-year-old boy, named locally as Shae Marlow (pictured), has died after the car he was driving crashed into a wall while being pursued by police investigating an attempted break-in 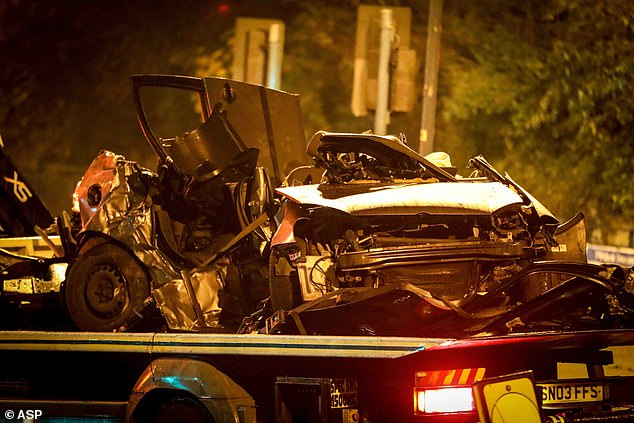 The crash took place in Stalybridge last night. Medics attended but sadly the driver, Shae Marlow, died at the scene. A 16-year-old passenger was taken to hospital in a serious condition

Emergency services attended but Shae could not be saved and was pronounced dead at the scene.

A second teenager, a 16-year-old passenger, was taken to hospital by paramedics in serious condition.

Today, Greater Manchester Police were investigating the incident and referred the tragedy to the Independent Office for Police Conduct and GMP’s Professional Standards Branch.

A spokesman for the IOPC said: ‘We have begun an independent investigation into the actions of the police prior to a collision in Stalybridge in which, sadly, the 16-year-old driver of a car has died and another 16-year-old was seriously injured.

‘We were notified by Greater Manchester Police (GMP) that at around 6.30pm on Tuesday 3 November in Wakefield Road that a police vehicle had followed a car and shortly afterwards found it had crashed near the junction with Printworks Road.

‘Our investigators are attending the scene of the collision and the post-incident procedures. Our thoughts are with the families of the two 16-year-olds and all of those affected.’

A fundraising campaign began for Shae to help pay for his funeral.

His friend McKauly Willis said: ‘I want to raise money for Shae’s funeral and to help his family out.

‘Shae was such a carrying, polite, young loving lad who always made everyone smile. It’s devastating to even have to make one of these. Rest in peace mate.’

Joan Burns posted: ‘Please please let this be a lesson to you beautiful teenagers out there.

‘These cars are dangerous machines. A young life gone my heart breaks for this boy and his family.’ 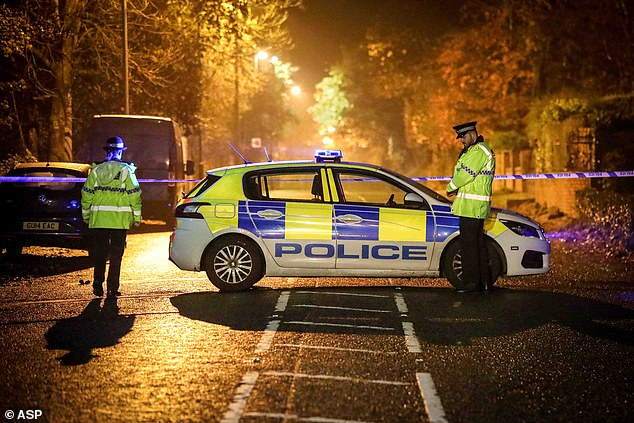 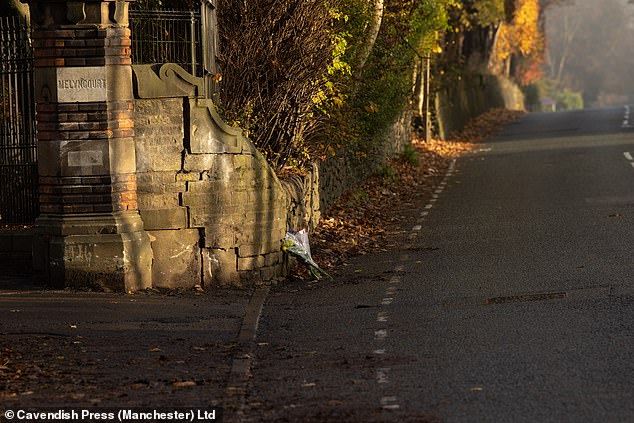 Tributes have been shared across social media describing Shae as a ‘polite, young, loving lad who made everyone smile’. Pictured: flowers at the scene in Wakefield Road, Stalybridge 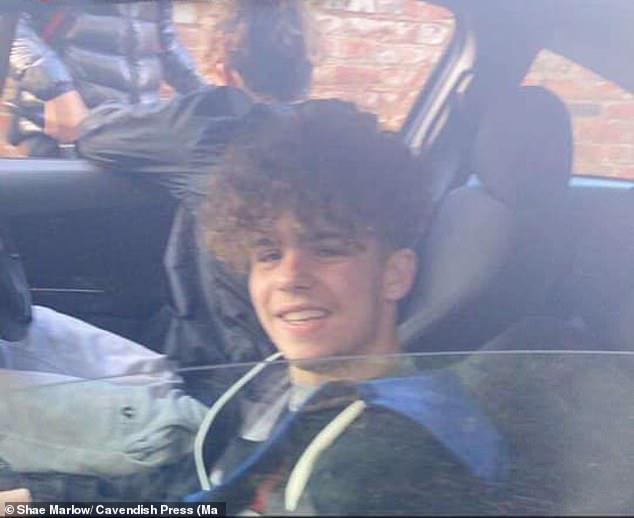 One relative, who laid flowers at the scene, told the Manchester Evening News: ‘He was a very popular lad. He was well-known around here. His mum and dad are in bits, he was really loyal.’

A friend wrote on Facebook: ‘RIP Shae Marlow such a young polite boy always said hi with a cheeky smile on his face my heart is with his family.

‘Devastating RIP young boy shine bright up there in heaven.’

Another said: ‘Heartbroken over the news. RIP Shae Marlow one of the most kindhearted boys I knew. Sending my love to everyone.

Another friend wrote: ‘RIP Shae. Never failed to put a smile on my face will love and miss you brother. Rest easy kid.’