PIERS Morgan has told Ahmaud Arbery’s mum her son's death was the "nearest thing to lynching I’ve ever seen" after he was killed by vigilantes while on a run.

Wanda Cooper-Jones joined Good Morning Britain to speak of the similarities between her son's murder and that of George Floyd, maintaining the African American population still "feels like we don’t have a voice". 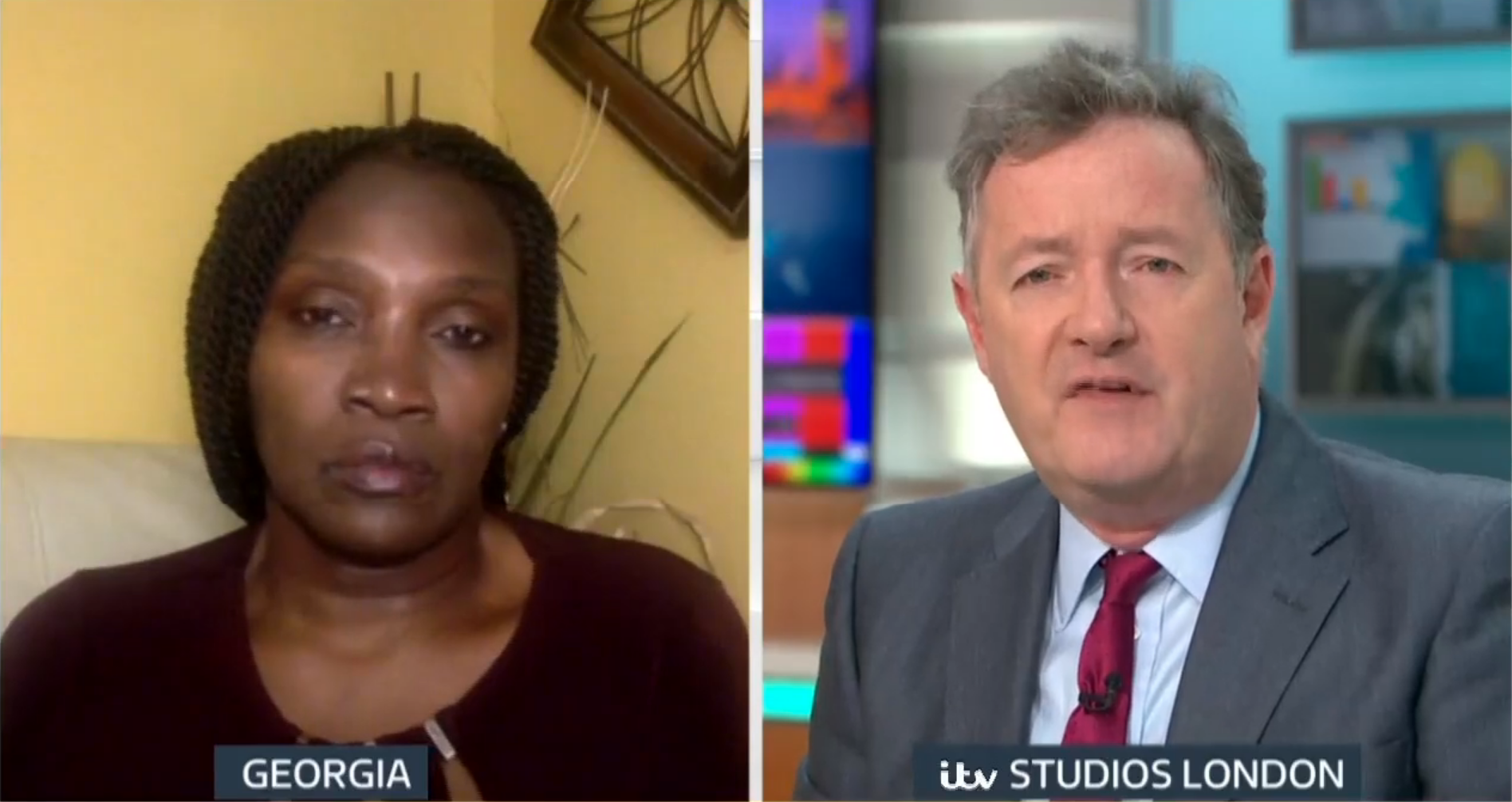 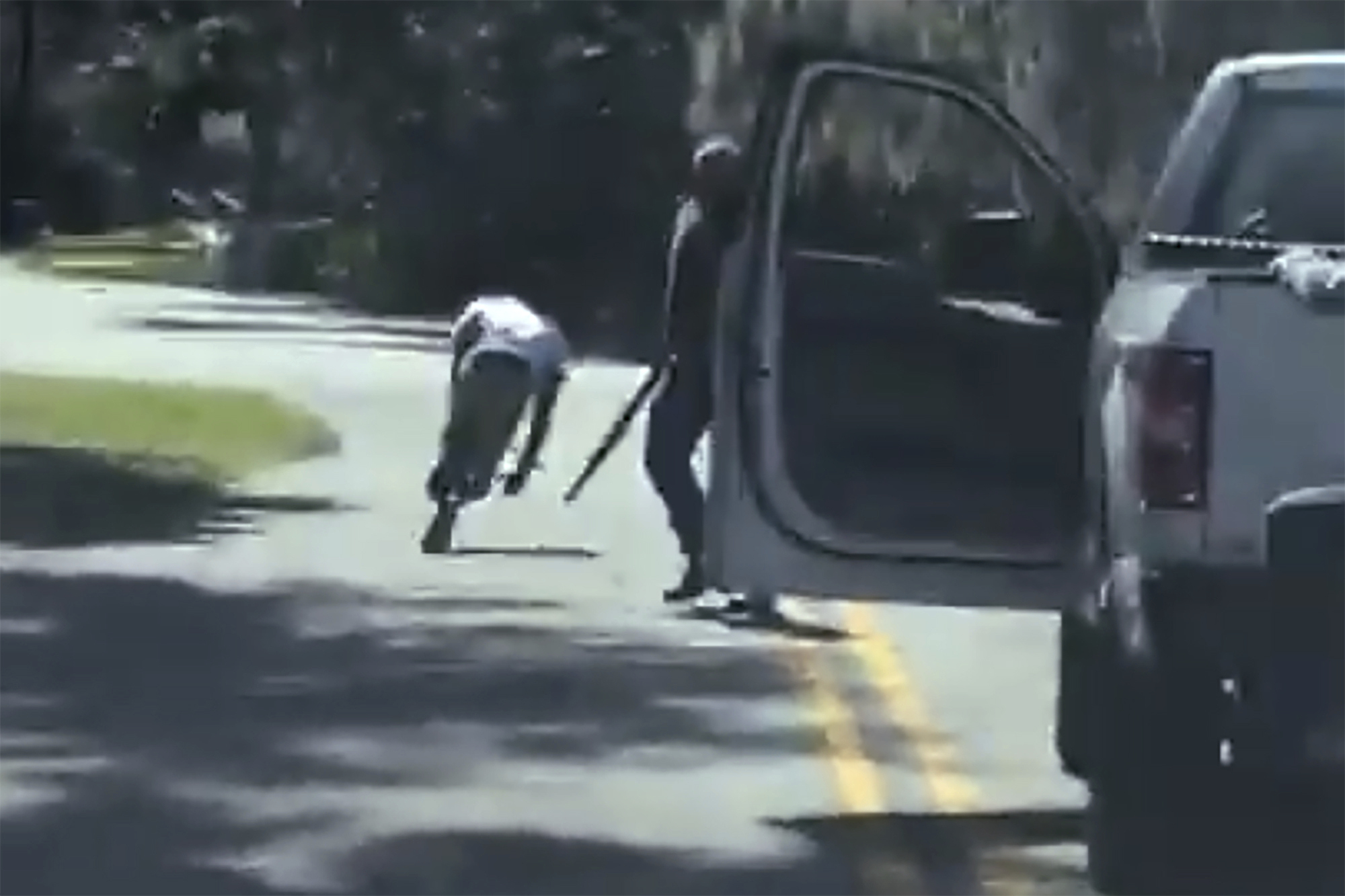 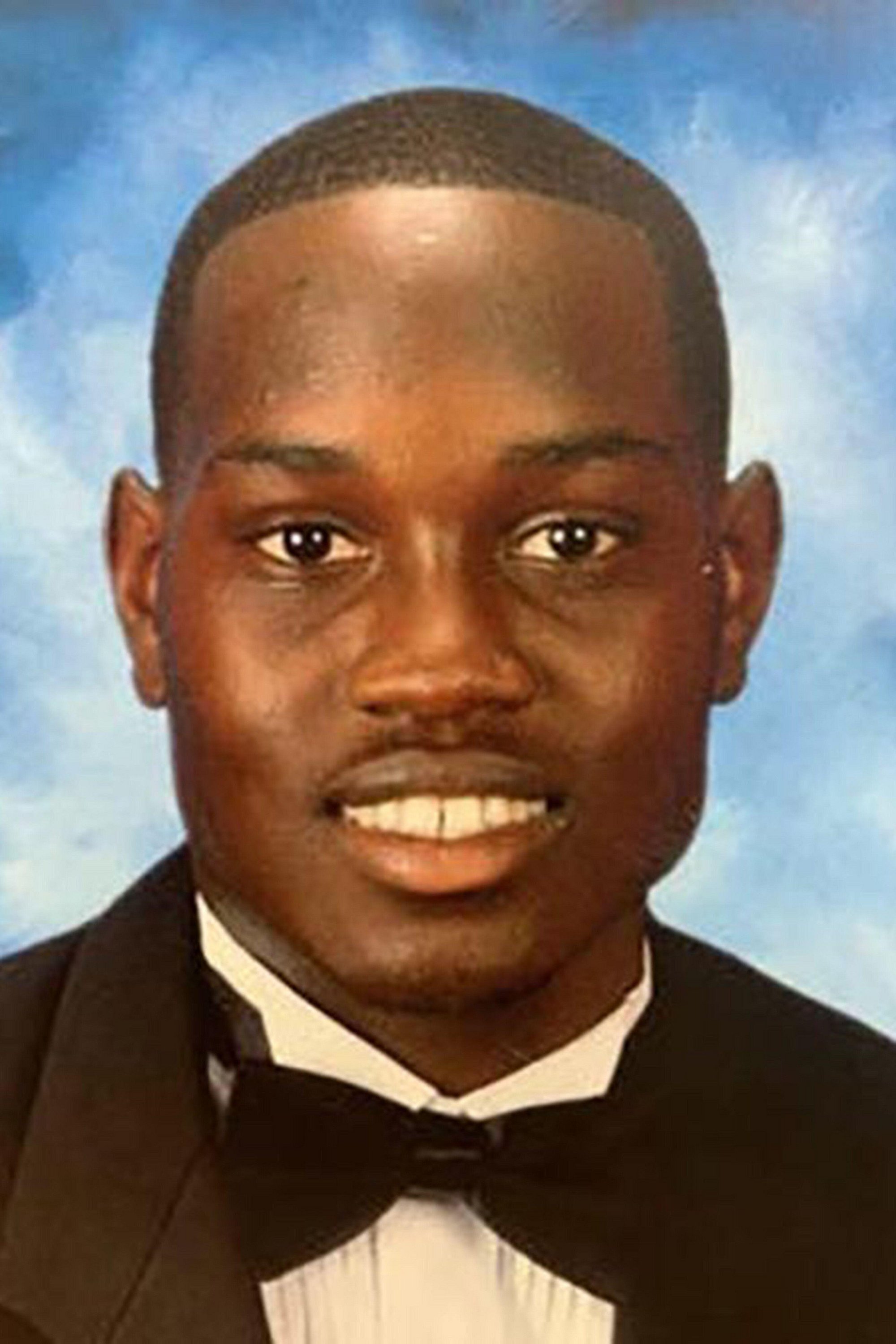 "Once I viewed the video of Mr Floyd being murdered, it sent me back to think of Ahmaud when he was killed in February," Ms Cooper-Jones told Piers Morgan and Susanna Reid from her home in the United States.

Piers responded: "Watching that video of your son being tracked down by people in a pick-up truck as he was out jogging, catching up with him, remonstrating with him and within a minute shooting him dead …. I mean, it was the nearest thing to a lynching that I've watched.

"No other way to describe what happened."

Watching that video of your son being tracked down … I mean, it was the nearest thing to a lynching that I've watched.

Ms Cooper-Jones admitted she has been able to bring herself to watch the video of her son desperately running from ex-cop Gregory McMichael and his son Travis before he was shot in Brunswick, GA.

Piers commented that perhaps without video footage, justice for her son and the family of George Floyd might never have had a chance of being served.

He added: "It [the death of George Floyd] comes so soon after what happened with your son".

Piers continued to ask Ms Cooper-Jones how she felt about the recent demonstrations in light of her son’s death at the hands of two white racists.

Ms Cooper-Jones replied: "Unfortunately, the citizens of the United States, especially African Americans, we feel like we don’t have a voice.

"Ahmaud was just murdered back in February and here we are in May. We have the same type of event to occur again.

"The people of America, we’re ready for change. We need answers. And foremost, we need these killings to stop, we need them to cease immediately."

'HE DIED SO SENSELESSLY'

Ahmaud, 25, was shot by ex-cop Gregory McMichael and his son Travis on February 23 in Brunswick, GA.

The pair claim he matched the description of a burglary suspect, and told cops they shot him in self-defense.

But the case made headlines around the world after video emerged of the father and son chasing him down in their car before the fatal struggle.

Ms Cooper-Jones told the GMB hosts her son "had dreams like any other young adult … he was no different to anyone else who was 25 years old".
"He wanted to be an electrician … I'm just lost for words because he died so young so senselessly."

Lawyer Lee Merritt, who represents the Arbery family, said he met Department of Justice officials last month who confirmed the killing will be investigated as a hate crime.

The federal charge carries a life sentence if it involves a death – and it would also supersede any state case such as the McMichaels' pending murder trial.

It comes as an investigation is also launched into the Glynn County police department and two DAs who were involved in the original decision not to prosecute the McMichaels.

Merritt described the botched investigation as a "wide conspiracy".

He added: “This case makes it clear that all black citizens in south Georgia aren’t getting the same protection because if you shoot anybody in the street in broad daylight, just in general you expect at least an arrest. There were no arrests made.”

The developments come amid rising racial tensions after the death of another unarmed black man, George Floyd, sparked riots in Minneapolis.

George Floyd, 46, died after he was filmed in disturbing footage telling cops: "I can't breathe" while an officer knelt on his neck.

The officer did not do so until medical personnel arrive and took the then unconscious Floyd to hospital, where he was later pronounced dead.

The four cops involved were fired, and the death sparked huge protests with riots breaking out across Minneapolis in response. 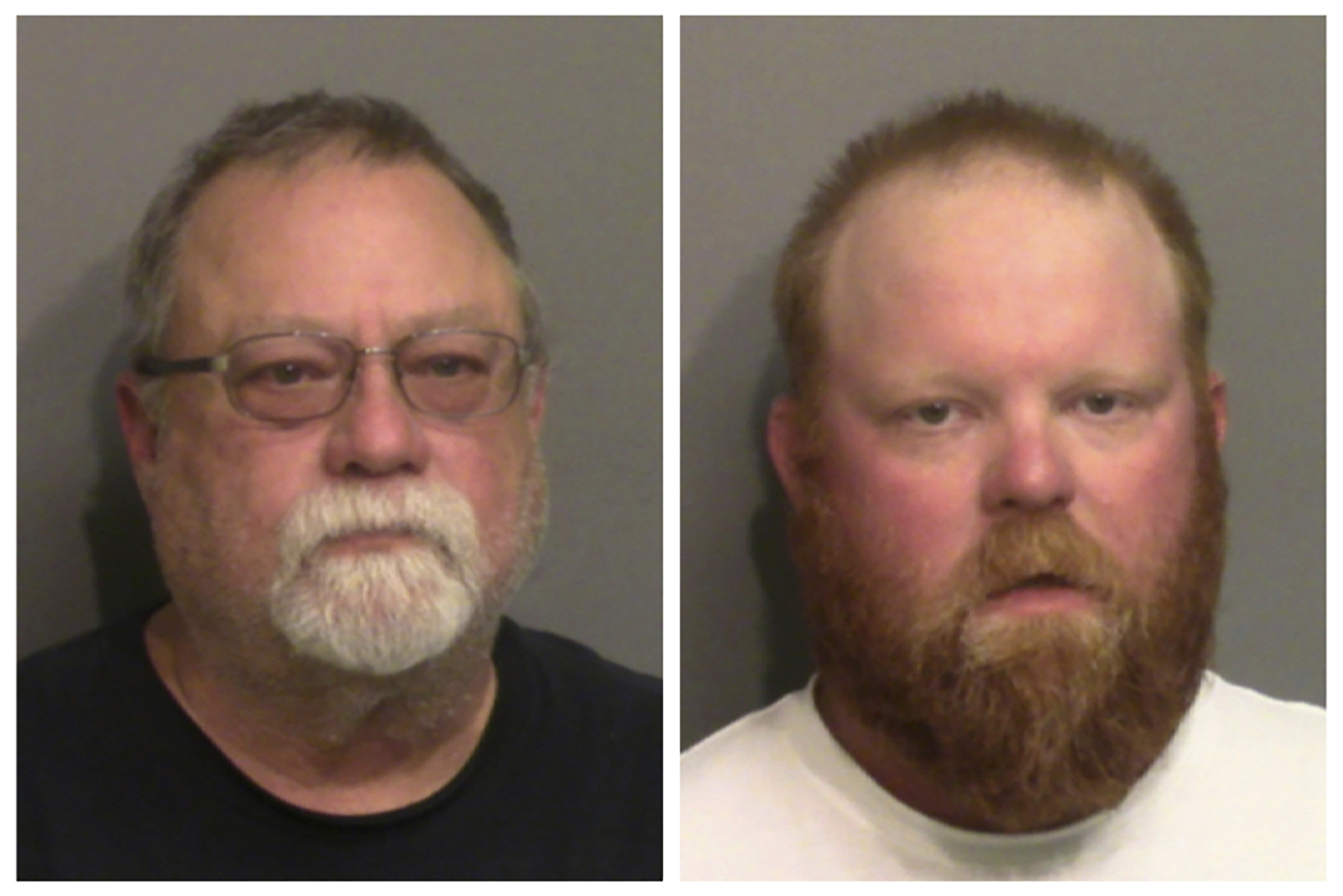 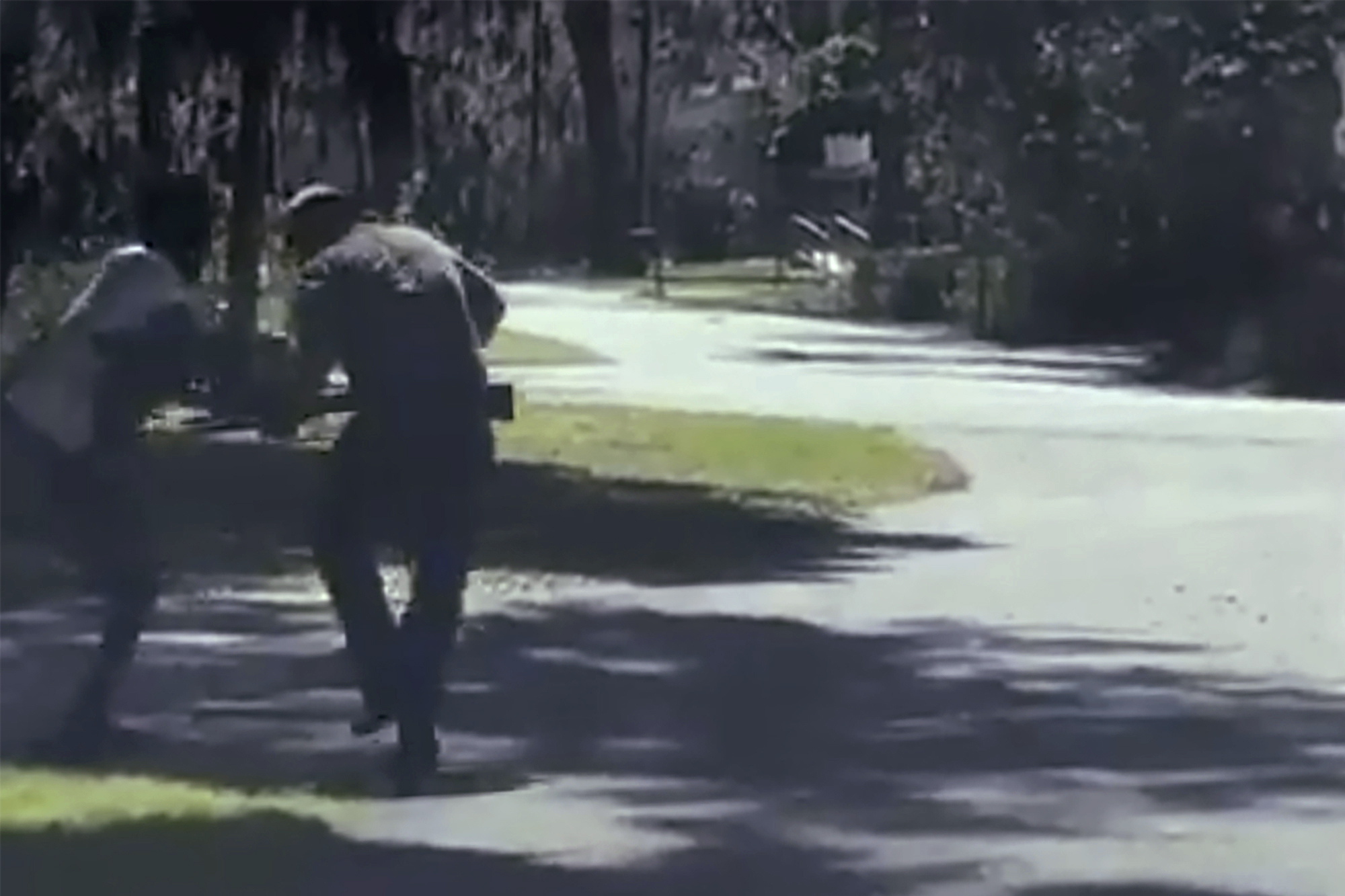