Police investigating the death of motorcyclist Harry Dunn have told the teenager’s parents that their email saying his alleged US killer is ‘wanted internationally’ may have been a reference to a European Arrest Warrant.

Charlotte Charles and Tim Dunn were told the email from Northamptonshire Police sent to them earlier this week ‘appeared’ to reference the warrant and ‘the circulation of Anne Sacoolas on the police national computer and nothing more’.

Harry’s parents lodged a complaint with the force over their comments on a reported Interpol Red Notice issued for Anne Sacoolas on Wednesday.

It is understood that authorities have still not categorically denied to Mrs Charles and Mr Dunn the existence of the notice in respect of the American. 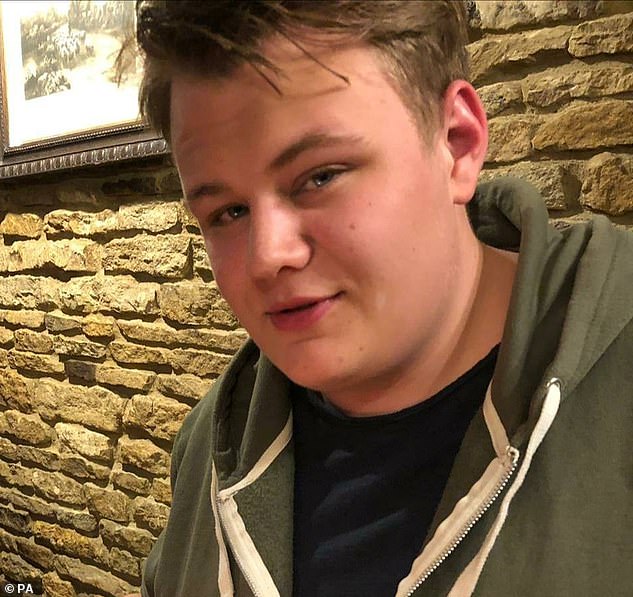 Harry Dunn, 19, was tragically killed when his motorbike crashed into a car outside a US military base in Northamptonshire on August 27 last year 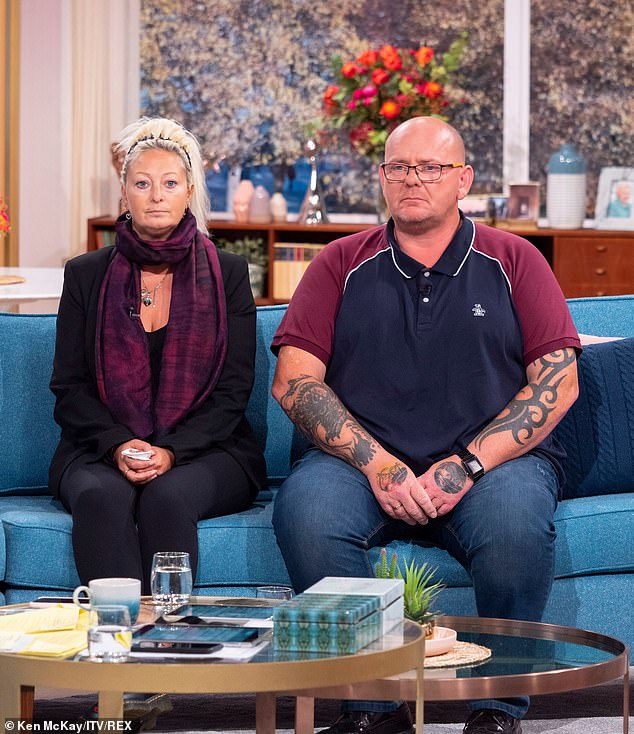 The spokesman for the Dunn family said the wording of the original police email made it ‘crystal clear’ that a Red Notice had been issued for the suspect.

Radd Seiger, Dunn family lawyer, claims police were ‘forced’ to issue a statement on Wednesday which said: ‘We wish to make it absolutely clear that, at no point, has Northamptonshire Police informed the family spokesperson for the Dunns, Radd Seiger, that an Interpol Red Notice has been issued in respect of Mrs Anne Sacoolas.’

Harry, 19, was tragically killed when his motorbike crashed into a car outside a US military base in Northamptonshire on August 27 last year.

Sacoolas, 42, the wife of a US intelligence official based at RAF Croughton, claimed diplomatic immunity after the crash and fled to her home country.

She was charged with causing death by dangerous driving in December, but an extradition request submitted by the Home Office was rejected by US Secretary of State Mike Pompeo in January, a decision the State Department called ‘final’.

Mr Seiger said the lack of clarity in the statement and the suggestion Mr Seiger had ‘made the whole thing up’ had caused ‘enormous distress’ to Harry’s parents. 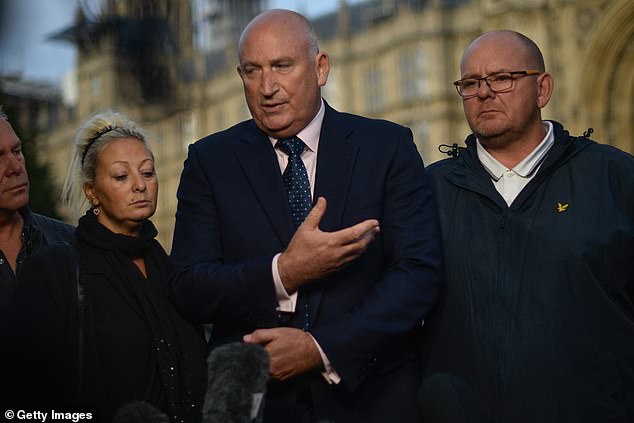 27 August 2019: Harry Dunn, 19, killed while riding his motorcycle near Croughton, Northamptonshire near the exit to RAF Croughton, when it collided with a car travelling in the opposite direction;

16 September 2019: Foreign Office tells police that the waiver had been declined and that Sacoolas had left the UK on a US Air Force aircraft;

15 October 2019: Charlotte Charles and Tim Dunn take their campaign for justice to the US where they meet with President Trump at the White House. They refuse meet the suspect, who was waiting in a room next door;

31 October 2019: Northamptonshire police interview Sacoolas in the US after requesting permission to do so;

25 November 2019: Dunn’s parents submit a judicial review of the Foreign Secretary’s actions over the extension of diplomatic immunity to intelligence staff and families at RAF Croughton

20 December 2019: CPS announces that Sacoolas to be charged with causing death by dangerous driving and that it was starting extradition proceedings against her;

10 January: Home Office formally requests the extradition of Sacoolas to face charges in the United Kingdom

28 April: Charlotte and Tim write a letter to the US Government, urging it to change its mind on the diplomatic immunity granted to Sacoolas;

11 May: An Interpol Red Notice is issued for Sacoolas’ arrest.

A response sent to Mr Seiger from the office of the Northamptonshire Police and Crime Commissioner said: ‘It appears that the reference in this email to “wanted internationally” was a reference to knowledge of the existence of a European Arrest Warrant and the circulation of Mrs Sacoolas on the police national computer and nothing more.’

Mrs Charles said: ‘It has been a rollercoaster of a week. We had the good news about the Red Notice on Monday, but were then kicked in the stomach on Wednesday by the police’s statement.

‘It is an absolute disgrace the way we are being treated. Inhumane and cruel doesn’t come close and we are all beside ourselves with stress, worry and anxiety.

‘That doesn’t appear to be a concern to those in authority. We get all our love and support from Radd, our friends and family, the media and our supporters across the nation and around the world.

‘It is they who are keeping us going.

‘As for those in authority, they need to have a good long look at themselves.’

Mr Seiger, who practised law for 27 years, said: ‘It was Northamptonshire Police’s officer who wrote to the parents on Monday using words which to any trained eye like mine, and the parents’ leading solicitor and QC, make it crystal clear that a Red Notice has been circulated in respect of Anne Sacoolas.

‘There is no doubt about that whatsoever. She is now a fugitive who is to be located and provisionally arrested and returned to the UK to face her charge of causing Harry’s death by dangerous driving.

‘She is being harboured in the USA by President Trump and Secretary Pompeo.

‘The shame of all this is that the CPS, the police and Harry’s family clearly all want the same thing, which is what all right-minded and reasonable people on both sides of the Atlantic want, which is simply for Anne Sacoolas to do what any of us would have to do, to answer the charge laid against her. No more, no less.

‘Regrettably, we cannot include Boris Johnson’s government in that group, given that they unlawfully allowed her to leave and then have been in a desperate battle to keep their breach of legal protocol covered up.

‘The parents hate what happened to their son. They do not hate Mrs Sacoolas. They are highly confident that she will get a fair trial when she is back. That is the sort of country and people that we are.’