A POOR deer has a brightly-colored hammock stuck to its antlers for six months before being untangled by rescuers.

The animal was finally released from the lounger in Fair Oaks, California, after eluding the Department of Fish and Wildlife three times. 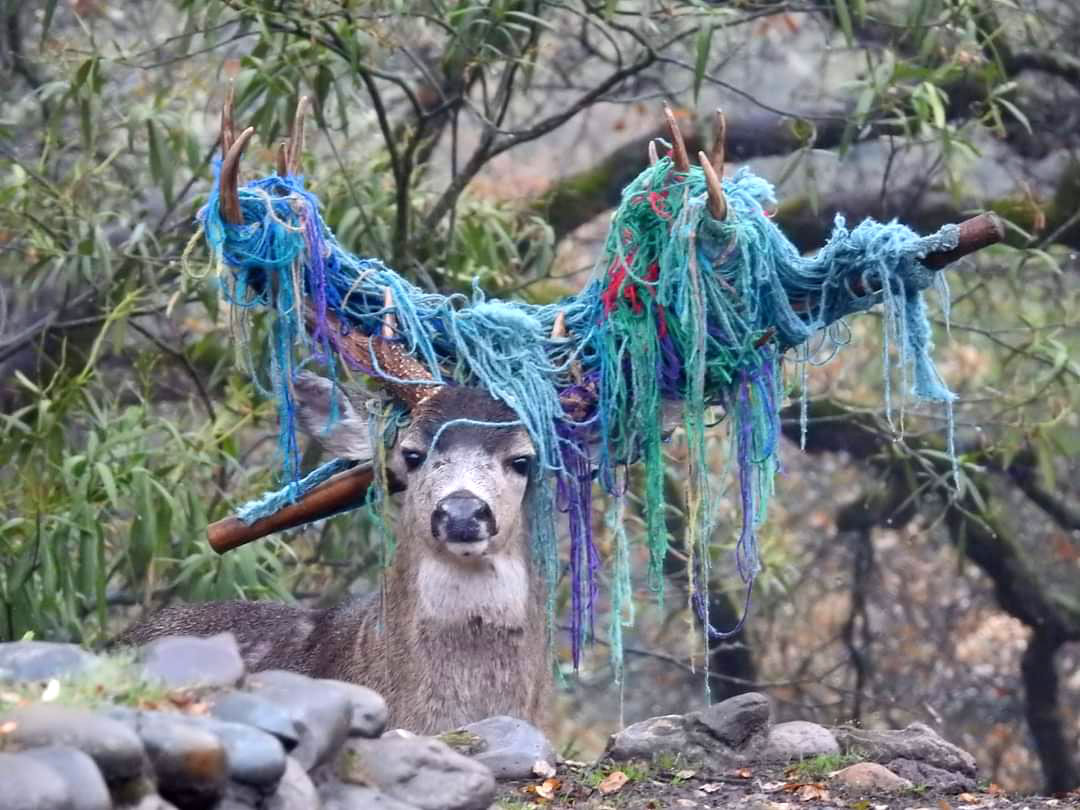 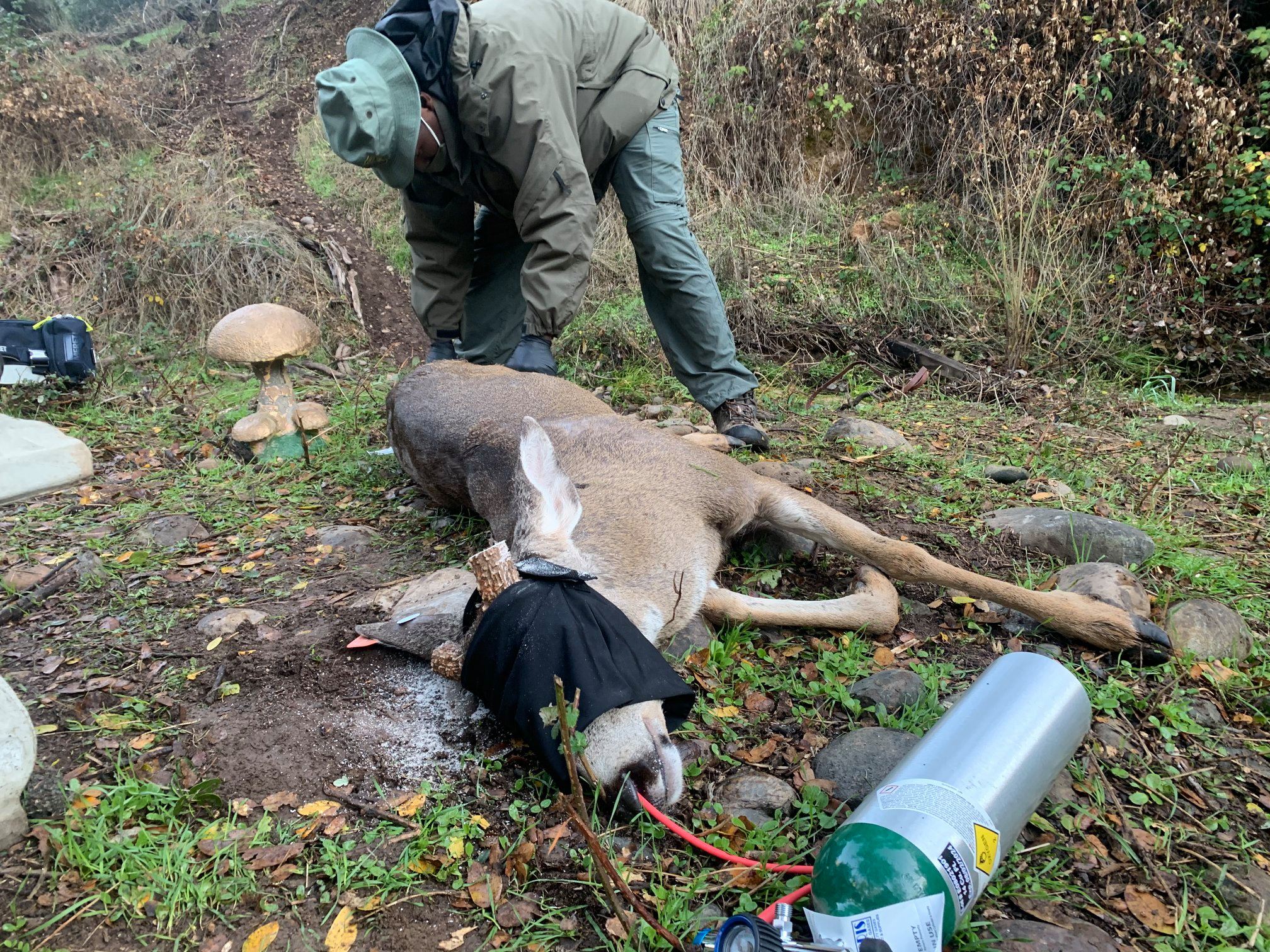 After being closely tracked, rescuers "showed up in the dark and basically ambushed the deer," Captain Patrick Foy told a local NBC affiliate.

Officers were wearing "full camouflage" and waited for over an hour.

"This animal had no idea we were there. My partner got a good dart in the right spot which is generally the major muscle groups," Foy said.

They then tranquilized the animal before removing the hammock and also it's antlers to stop it from being "vulnerable to poaching."

Monica Schuler, a local resident who was there when the deer was rescued, told the outlet that she will never forget when the deer awoke.

"He kind of looked at us like, 'Hey, what’s going on here?' Then he got back up and ran through the hills. It was great! It was just great," she said.