Portland Mayor Ted Wheeler tore into rioters who set a blaze at a police station while blocking exits, calling the violence an act of “attempted murder” — but that didn’t stop firebug protesters from coming back overnight.

“When you commit arson with an accelerant in an attempt to burn down a building that is occupied by people who you have intentionally trapped inside, you are not demonstrating, you are attempting to commit murder,” Wheeler fumed during an press conference Thursday. “I believe that city staff could have died last night. I cannot and I will not tolerate that.”

Wheeler was referring to a riot that erupted Wednesday night at the Portland Police Bureau’s East Precinct during the city’s 70th consecutive night of protests over police brutality, according to the local FOX affiliate KPTV.

Along with setting the blaze, rioters allegedly shot fireworks at cops, broke doors and disabled security cameras as police declared a riot and unleashed tear gas, according to the station.

But despite Wheeler’s plea, protesters returned to the police station Thursday night, lit another fire in a trash can next to the building and tried to break into it, according to the Portland Police Bureau, which declared another riot.

During the mayhem, protesters threw bottles and rocks, injuring at least one officer,  and damaged multiple police vehicles. The injured officer was “severely hurt” by a large rock that hit the cop’s shoulder,  police said in a press release, which provided no further details. 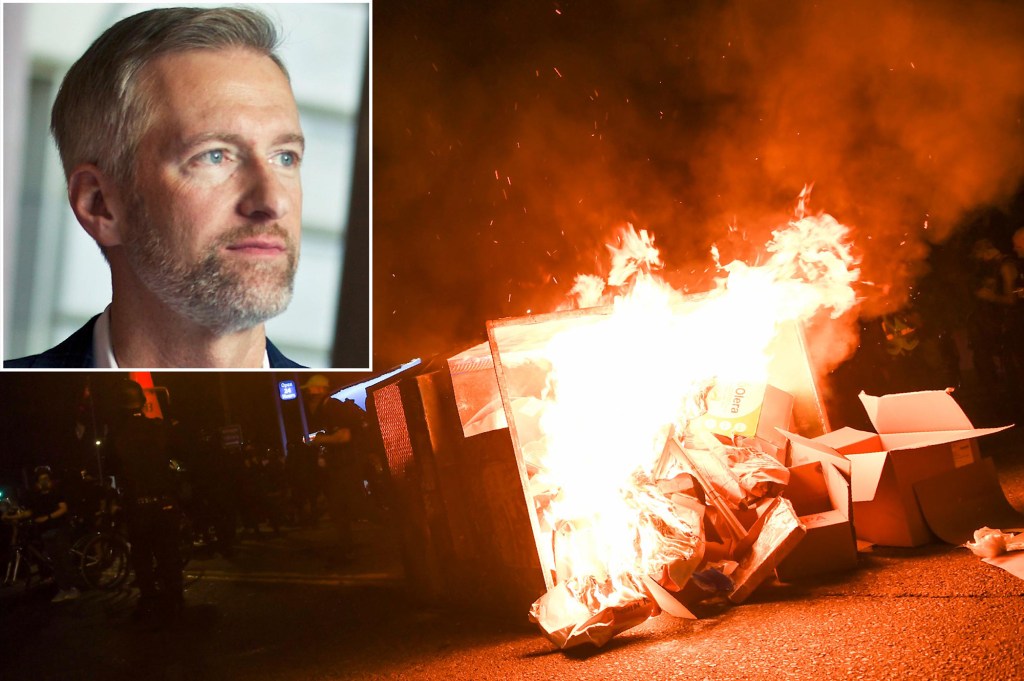 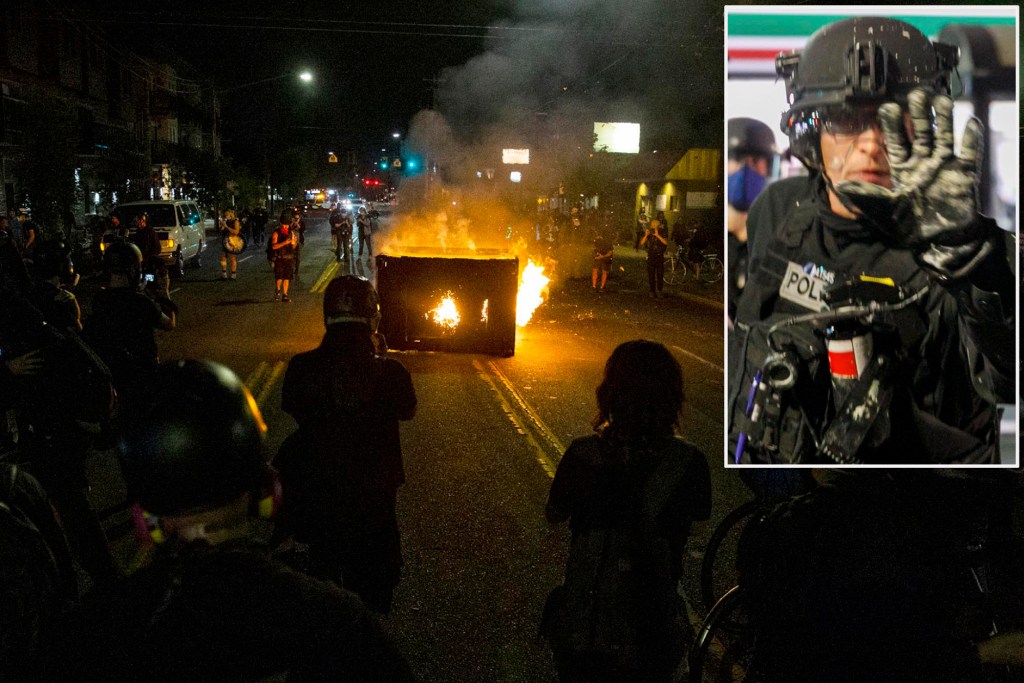