The police union in Portland, Oregon, has relocated its headquarters after its longtime office in the city’s Kenton neighborhood became the “target of vandalism and arson” over the past year.

The union’s new location was not immediately disclosed, according to FOX 12 of Oregon.

In a Facebook post this week, Portland Police Association Executive Director Daryl Turner thanked community members for repeatedly helping to paint over anti-police graffiti and clean up debris outside the building whenever rioters attacked.

The post included a photo, showing the building covered in spray-painted slogans, with several including profanity.

Union officials decided that the frequent protests were creating a risk for neighboring residents as well as for union members and staff. 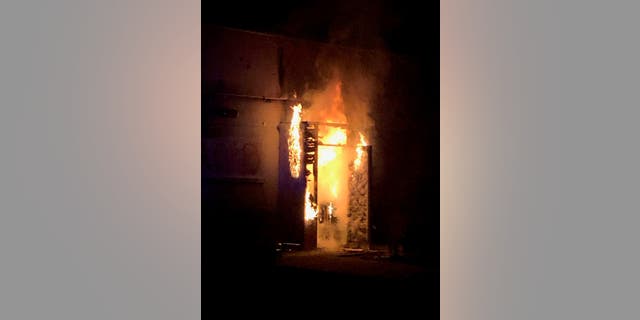 “At the most recent arson incident,” Turner wrote in the post, “a neighbor stood on the sidewalk with a water hose trying to put the fire out just before first responders arrived. It went too far and it was time to find another location.”

The Kenton building, which had been the union’s headquarters for the past six years, will be repaired and then sold at a later date, Turner added, according to FOX 12.

“We thank them for their tolerance,” Turner wrote, referring to the surrounding community. “And we hope that with our relocation, they can have some peace.”

Portland began seeing a wave of protests and riots that stretched for more than 100 consecutive nights last year following the May 2020 murder of George Floyd in police custody in Minneapolis. Unrest has continued frequently in the city’s downtown area and in other neighborhoods as well.