Any questions? Downing Street launches plan to allow the public to grill a minister remotely along with journalists at the daily coronavirus press conference

Ordinary members of the public are to be allowed to quiz Government ministers at the televised daily press conference, it was revealed today.

One question at the 5pm grilling will come from an ordinary voter who will pre-record their question to be put to a cabinet minister or science expert.

Questions can be submitted via the gov.uk website from now with one person chosen each day to put it to one of people who usually take part in the briefing – usually a minister and two experts.

They will have the option to record it as a video message which will appear on television. But of they do not want to, they can have it asked on their behalf during the programme.

No 10 insisted today that the minister taking the press conference, which on some days could be the Prime Minister now he has returned to work, will not be told what the question is before it is asked. 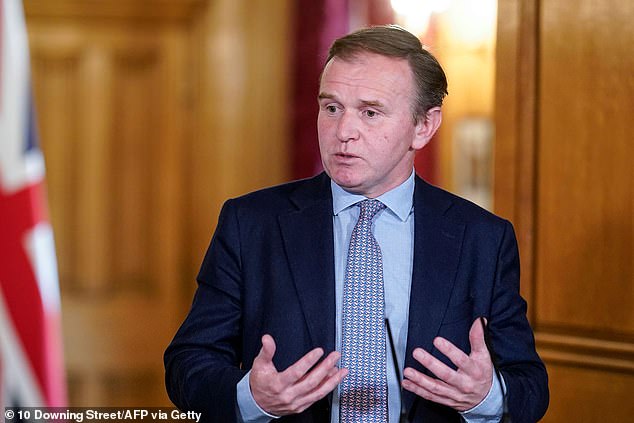 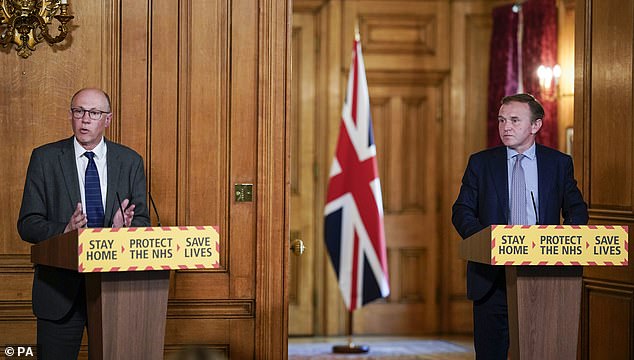 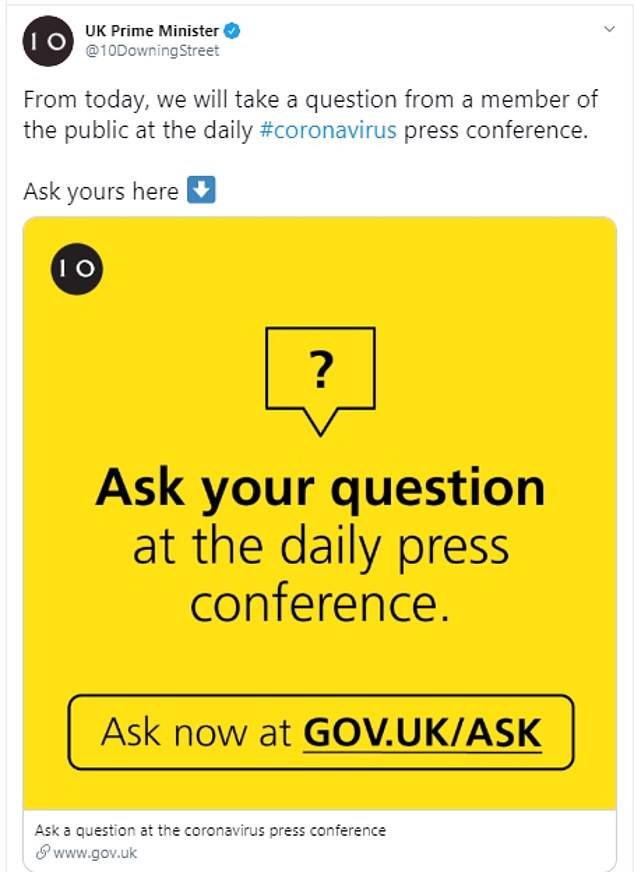 In a bid to ensure independence the process for choosing the question is to be handled by polling firm YouGov.

The Prime Minister’s official spokesman told reporters today: ‘Coroanvirus is the biggest health crisis the UK public has faced in a generation.

‘We know people across the UK are making significant sacrifices every day in order to stay at home and protect the NHS, we recognise the huge disruption this is having on their lives, jobs and businesses.

‘So it is absolutely right that the public gets the chance to put their questions on the virus and the measures that we took in place directly to the government and to its experts.’

The selected questioner will be chosen by noon each day and the winner is informed by 3pm, two hours ahead of the usual press conference time.

They will then be given the choice of either filming themselves asking the question, with the footage played during the press conference, or having their question read out.

Anyone over 18 can use an online form to submit their question for consideration.

It comes after a poll last week found more than two thirds of people think journalists have not done a good job of holding ministers to account.

The survey by Press Gazette asked: ‘Do you think journalists have done a good job of holding the Government to account during the daily UK Covid-19 press briefings?’

The majority of respondents are likely to have been journalists or others who work in the news industry, which forms the predominant readership of Press Gazette.

Reporters had initially attended the briefings in person at Downing Street in London, which have provided updates on the Government’s response to the pandemic.

But social distancing measures meant they have instead been forced to appear via video link since the country was put into lockdown on March 23.

There has been criticism from some quarters that journalists have repeated the same questions asked by others or failed to get a proper response on key issues.

Others have claimed reporters are obsessing over one issue or trying to establish who is responsible for decisions at a time when this is perceived by some to be unnecessary.