Rare ‘Khaki Cup final’ programme from match between Sheffield United and Chelsea which was held in midst of WWI emerges for sale for £15,000

An extremely rare ‘Khaki Cup Final’ programme from a famous wartime football match has emerged for sale for £15,000.

The 1915 FA Cup final between Sheffield United and Chelsea was played while Britain was fighting in the Second Battle of Ypres during World War One.

The presence of so many soldiers on the steep terraces of Old Trafford led the game to be nicknamed the Khaki Cup Final.

In total, 50,000 gathered at the home of Manchester United to watch Sheffield United win 3-0, in what would be the last football match to be played in England for four years.

The programme, which cost one penny and is dated April 24, 1915, is being sold by a collector with London-based Graham Budd Auctions.

It mentions Manchester United and the bulk of the front page is devoted to an advert for a suit maker. 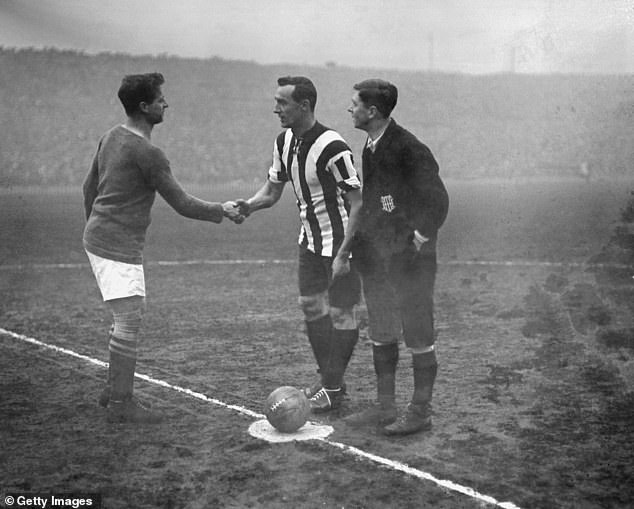 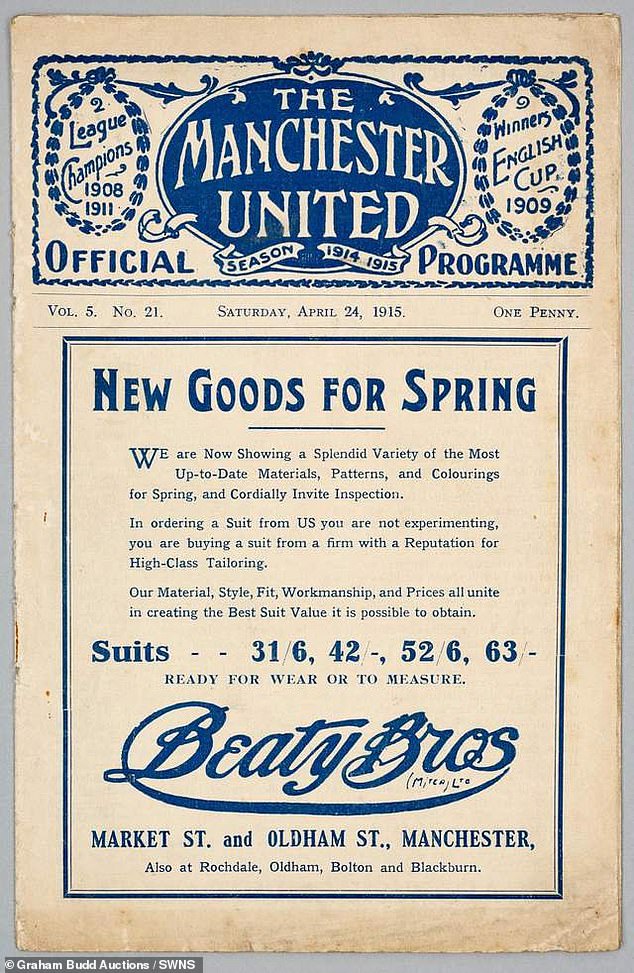 Some claimed the final should not have taken place at all following the outbreak of war the previous year.

And following the final whistle the watching Earl of Derby implored all of those present who had not enlisted to do so, and play ‘a sterner game for England’.

The game itself was played at Old Trafford as the regular FA Cup final venue at the Crystal Palace had already been requisitioned for military training, and travel restrictions in the capital made an alternative London venue impractical. 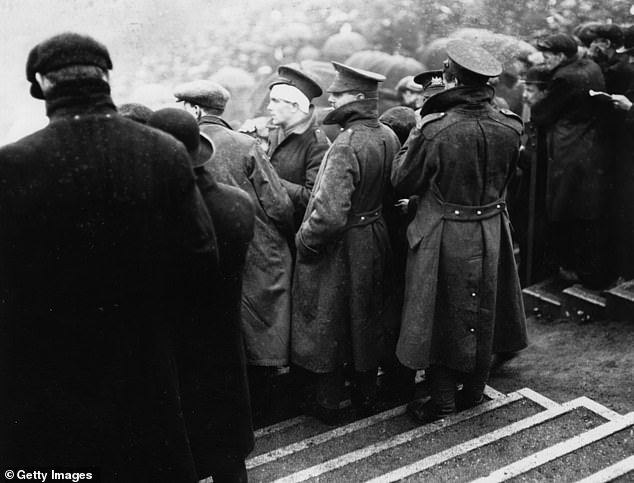 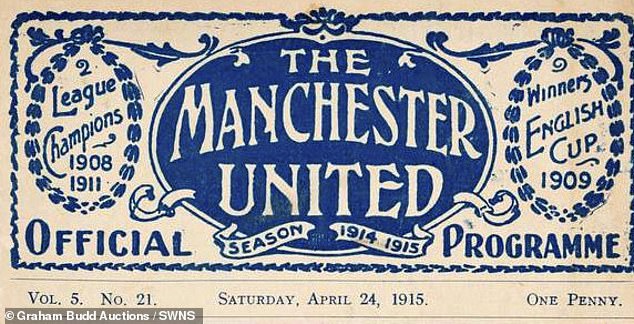 Adam Gascoigne, chief executive of Graham Budd Auctions, said: ‘Known as the Khaki Cup due to the large amount of uniformed soldiers at the match, the attendance was in the region of 50,000 which was lower than previous years as so many young men were involved in the First World War.

‘This was the last FA Cup final to take place before competitive football was suspended in Britain because of the war and, to avoid too much disruption, it was moved from its pre-war location of Crystal Palace to Old Trafford.’

Also going under the hammer is Alan Sunderland’s FA Cup winner’s medal from the 1979 final.

He scored a last gasp winner as Arsenal beat Manchester United 3-2 in the dramatic contest. His medal could fetch £8,000.

Bobby Charlton’s childhood leather bible, which is signed ‘R.CHARLTON’ and covered in annotations, is valued at £800.

The sale takes place on September 6.