A revamped “Real Housewives of New York City” is coming — and the cast has been revealed!

During a Sunday night taping of “Watch What Happens Live” at BravoCon, Andy Cohen debuted the women who will be part of the reboot of the long-running Bravo reality show. 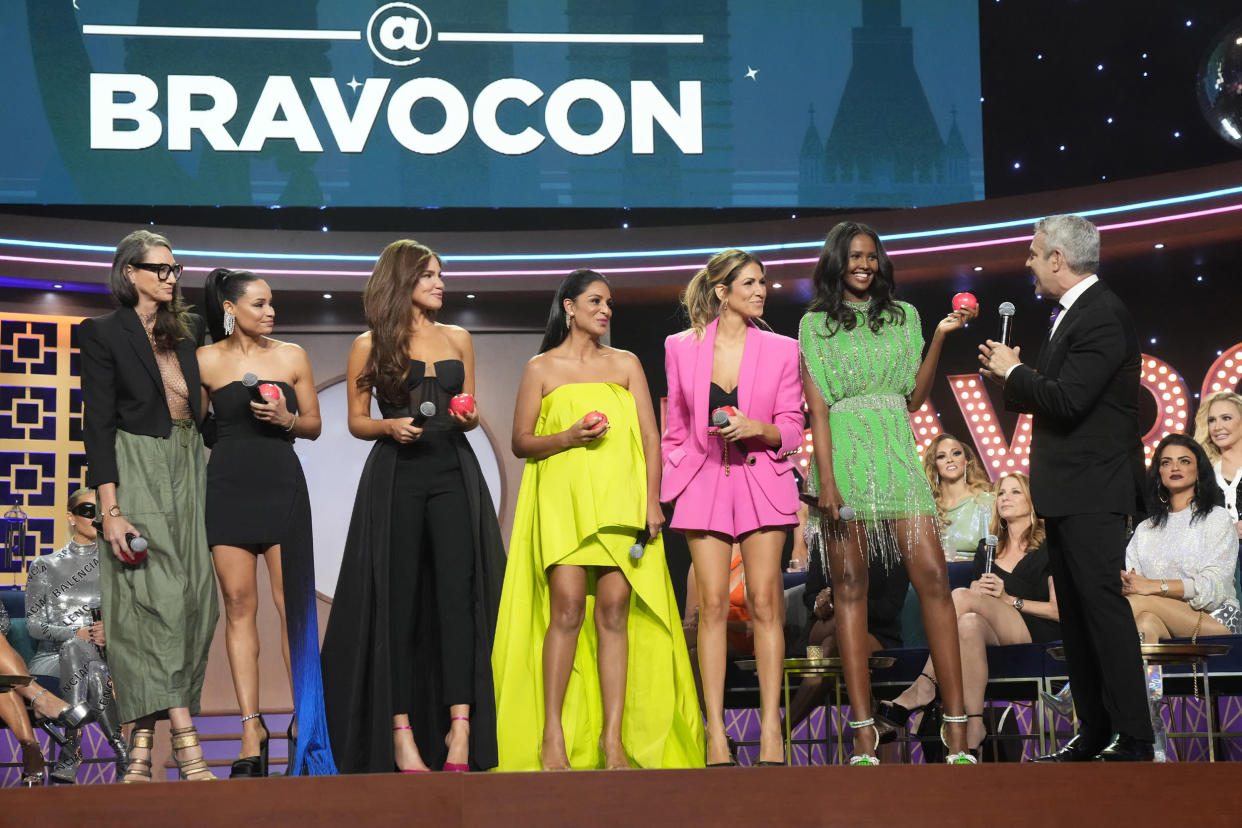 This new group of women “have made their mark in NYC and will now share their lives as they juggle careers, family life and jam-packed social calendars in the city that never sleeps,” according to a Bravo press release.

This reboot comes after a challenging past season of “RHONY”: The planned Season 13 reunion episodes were canceled, which a Bravo spokesperson said at the time was due to “scheduling challenges around taping.” Since then, Bravo decided to forge a new path for “RHONY” with a completely new cast, while keeping some of its original New York Housewives for a spinoff.

Here’s what you need to know about each of the new “RHONY” cast members.

Sai De Silva, 41 — who you may recognize as a guest on TODAY time to time! — is the creative director of Scout the City, a lifestyle blog about all things parenting, fashion, travel and beauty. On her Instagram page, De Silva highlights her Afro-Latina heritage and New York City roots.

She and her husband, David Craig, live in Brooklyn with their two children, London and Rio.

Ubah Hassan, 35, is a model born in Somalia who immigrated to Canada, where she was noticed by a photographer and signed to an agency in New York. She has since modeled for labels including Ralph Lauren, Oscar de la Renta and Gucci.

Hassan has launched her own line of hot sauces, Ubah Hot, which was featured last year as one of Oprah’s Favorite Things.

Erin Dana Lichy, 30, is a real estate agent and owner of an interior design studio, Homegirl. Lichy, described in a Bravo press release as a “funny, confident and candid New Yorker,” lives in Tribeca with her husband, attorney Abraham Lichy, and their three children.

Jenna Lyons, 54, the former president and executive creative director of J.Crew Group, is known for transforming the image of the J.Crew, Madewell and J.Crew Factory brands. She is also the co-founder of LoveSeen, a natural line of false eyelashes.

She lives in New York City with her son, Beckett, whom she welcomed with her previous partner, artist Vincent Mazeau.

Lizzy Savetsky, 36, is an influencer originally from Fort Worth, Texas. She celebrates her Jewish faith and heritage on social media and hosts “Bashert By Lizzy,” which she describes as “a weekly IGTV series featuring Jewish singles who are ready to find love.”

She and her husband, plastic surgeon Dr. Ira Savetsky, live in New York with their three children.

Jessel Taank, 31, is a fashion publicist and brand consultant. She is of British-Indian descent, and she recently celebrated her groundbreaking casting on Instagram.

“The revolution will be televised!!” she captioned a photo of her and fellow “RHONY” cast members. “It’s an honor to be the FIRST Indian to be cast in this franchise. LFG!!!”

Tank is married to financier Pavit Randhawa, and they share twin sons.

Brynn Whitfield is a branding and marketing consultant and a “cheeky trophy wife in training,” according to a Bravo press release. She’s originally from the Midwest and now lives in the West Village.

This article was originally published on TODAY.com