Water hassle! Ivy the Samoyed hangs onto the bathroom door frame to stop her owner giving her a shower

This is the hilarious moment a Samoyed puppy hangs onto the bathroom door frame to stop her owner giving her a shower.

Owner Jorgen Tommerberg from Minneapolis, Minnesota, is seen carrying seven-month-old Ivy through the kitchen to the bathroom. 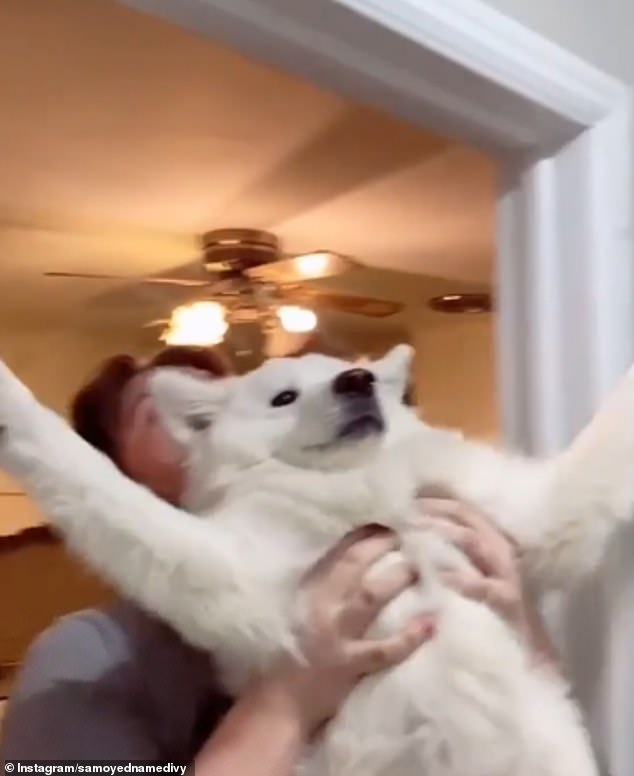 Ivy the Samoyed clings onto the frame of the bathroom door as her owner carries her through to the shower in Minneapolis, Minnesota 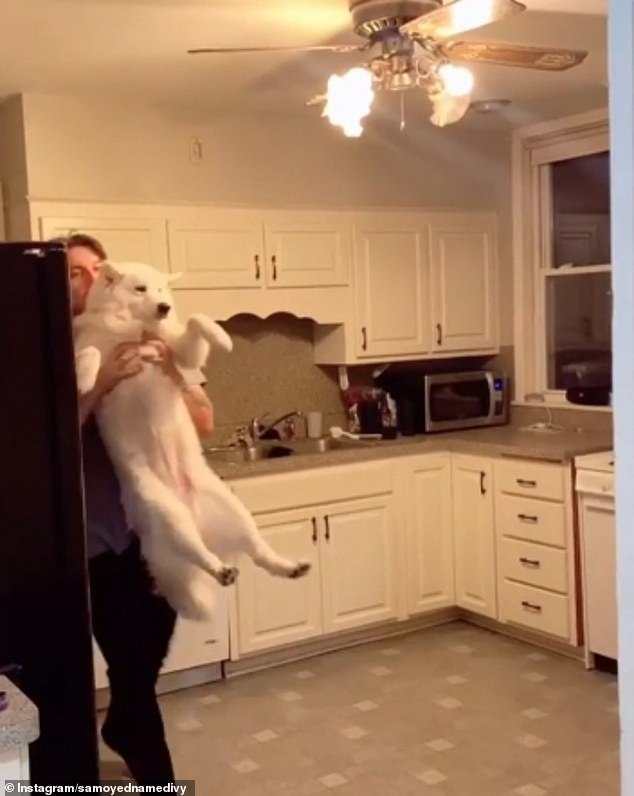 The clip sees the shower running in the first frame of the video before Jorgen appears carrying Ivy through the kitchen.

‘No. Wait. Hang on. Stop,’ a voiceover says pretending to be Ivy. 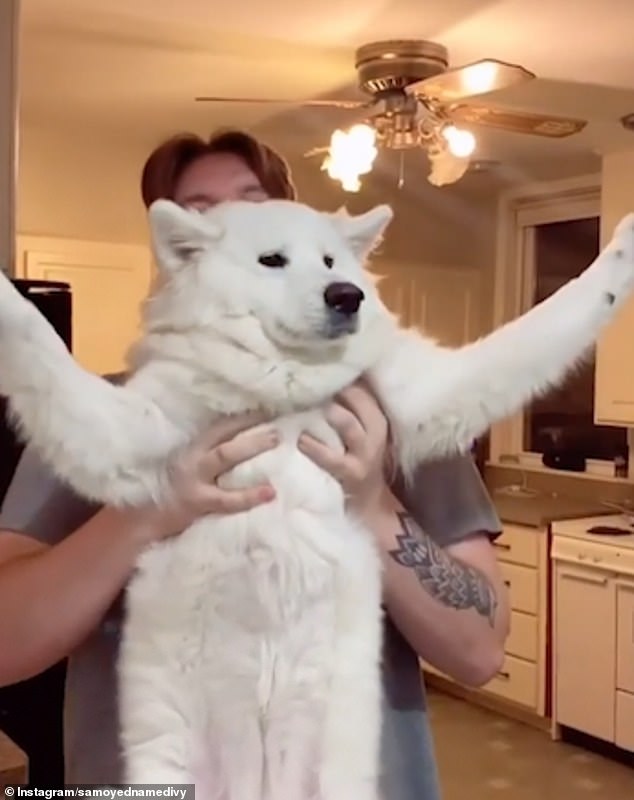 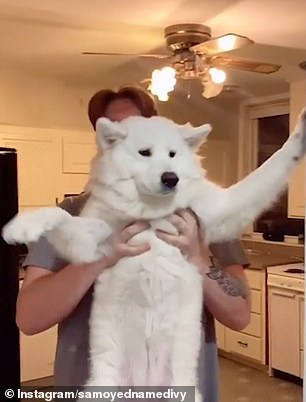 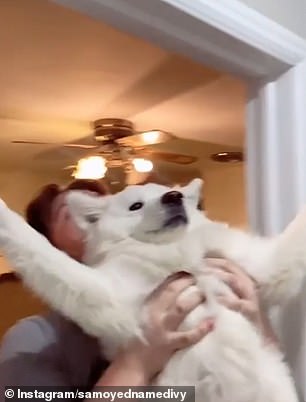 Ivy clutches the door frame of the bathroom as the voice adds: ‘Please! I have been such a good boy! Don’t do it! No!’

Jorgen posted the sweet footage to the Ivy The Samoyed Instagram page captioned: ‘I’m going viral on TikTok for my new performance.’

The post garnered 2,666 views on Instagram after it was posted on December 7 and Jorgen’s girlfriend Olivia De Grace commented: ‘Mommy betrayed you but it was worth it.’