JEFF Sessions urged Donald Trump to stay out of his Alabama Senate race after the President bashed him again for refusing to recuse himself from the Russia probe.

Sessions was fired from his Attorney General post in 2018 by Trump, who has mocked him repeatedly since then. 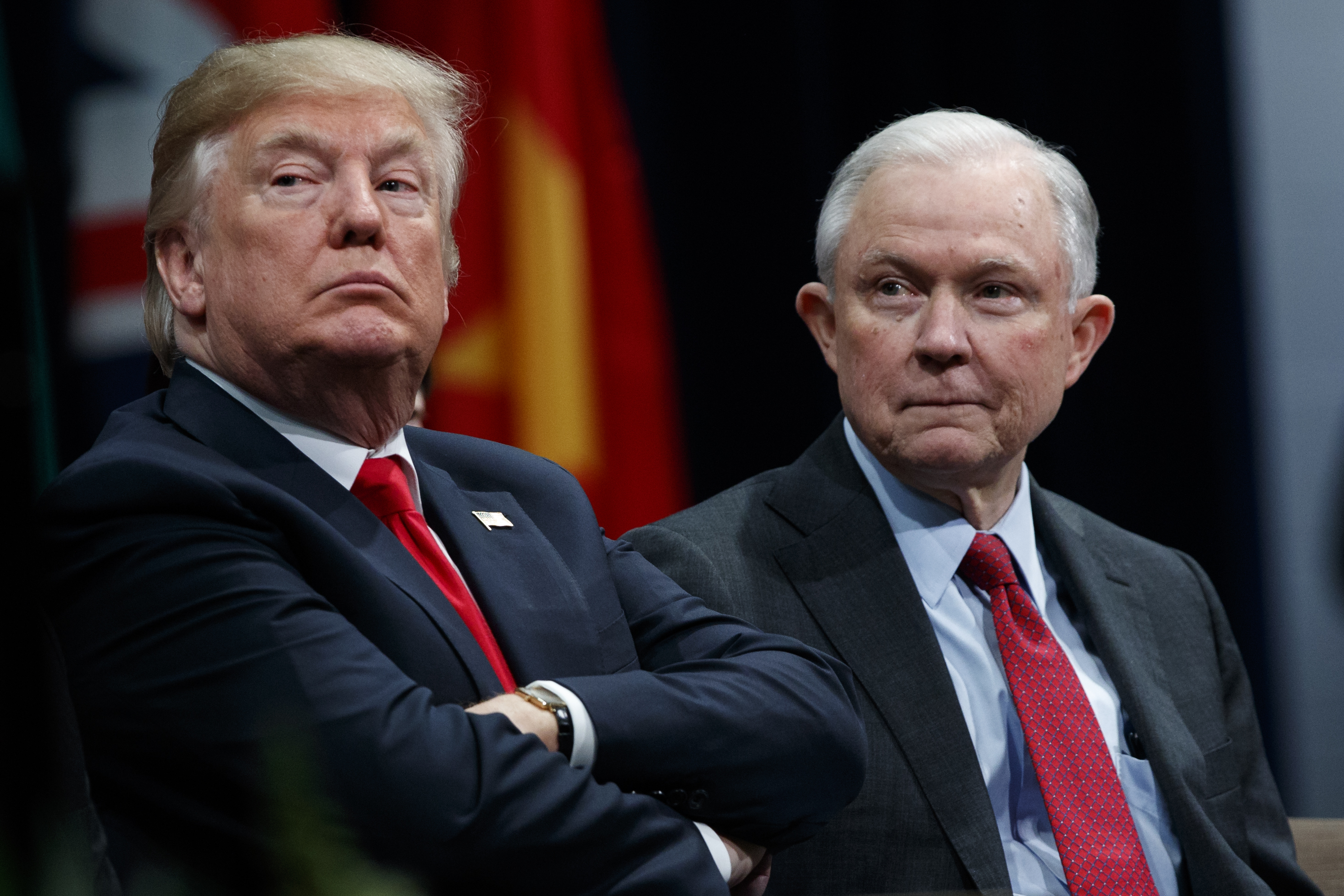 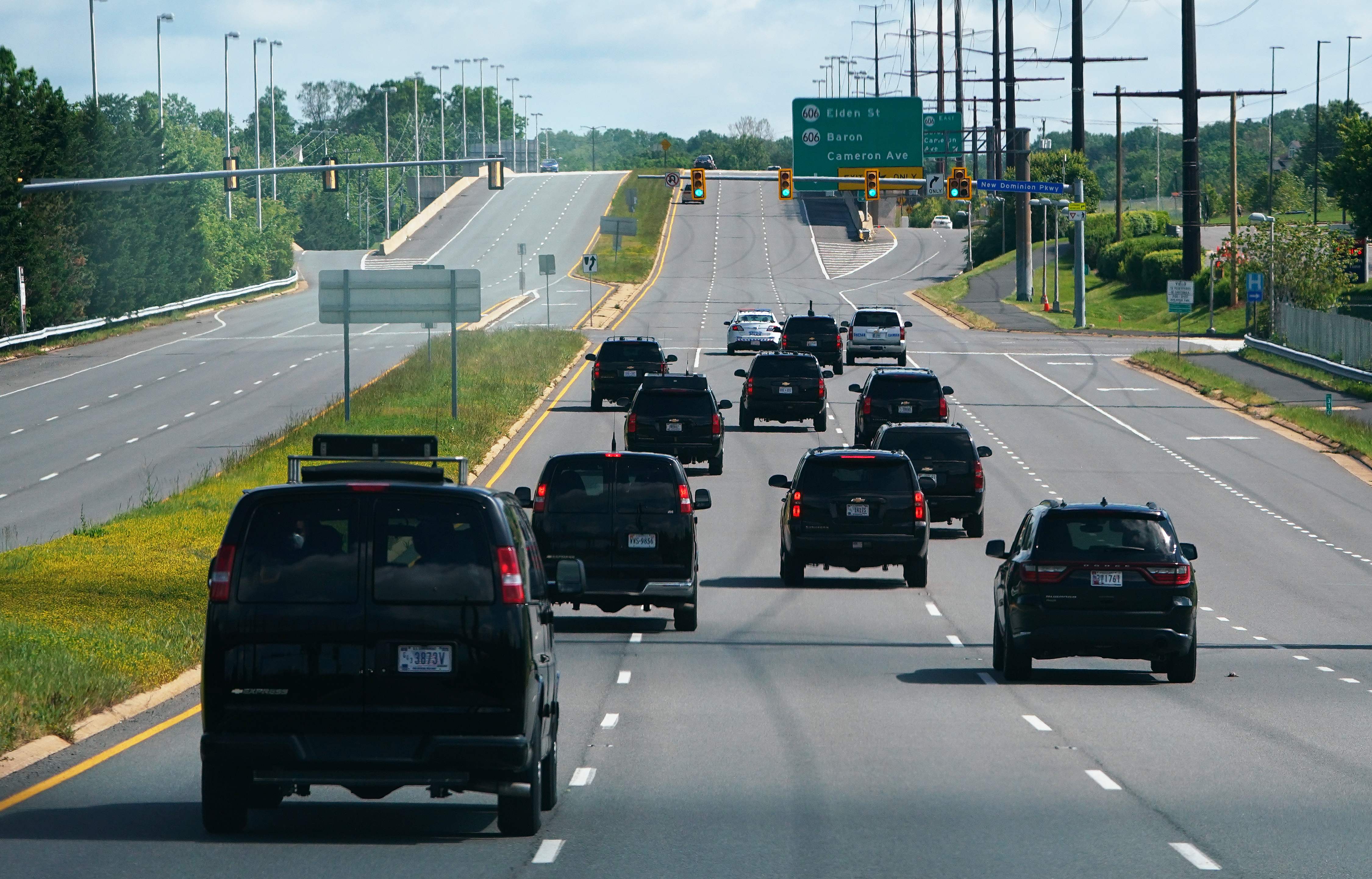 That continued Friday night when the President urged Alabama residents not to "trust" Sessions. 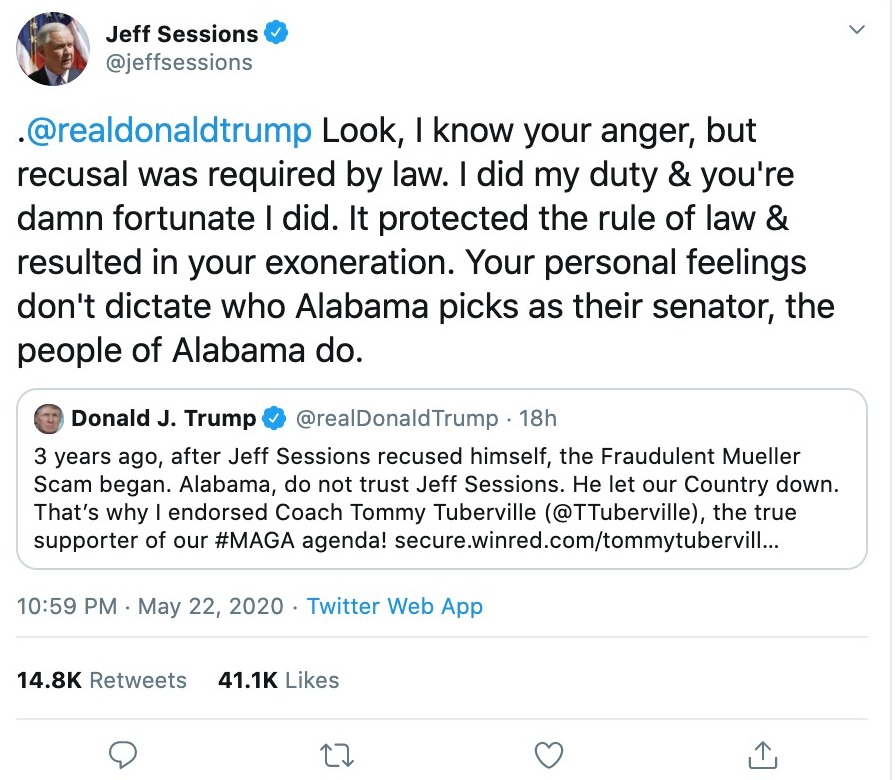 "Alabama, do not trust Jeff Sessions. He let our Country down."

Sessions squares off against former football coach Tuberville in a run-off election this summer before the winner faces Democrat Doug Jones in November. 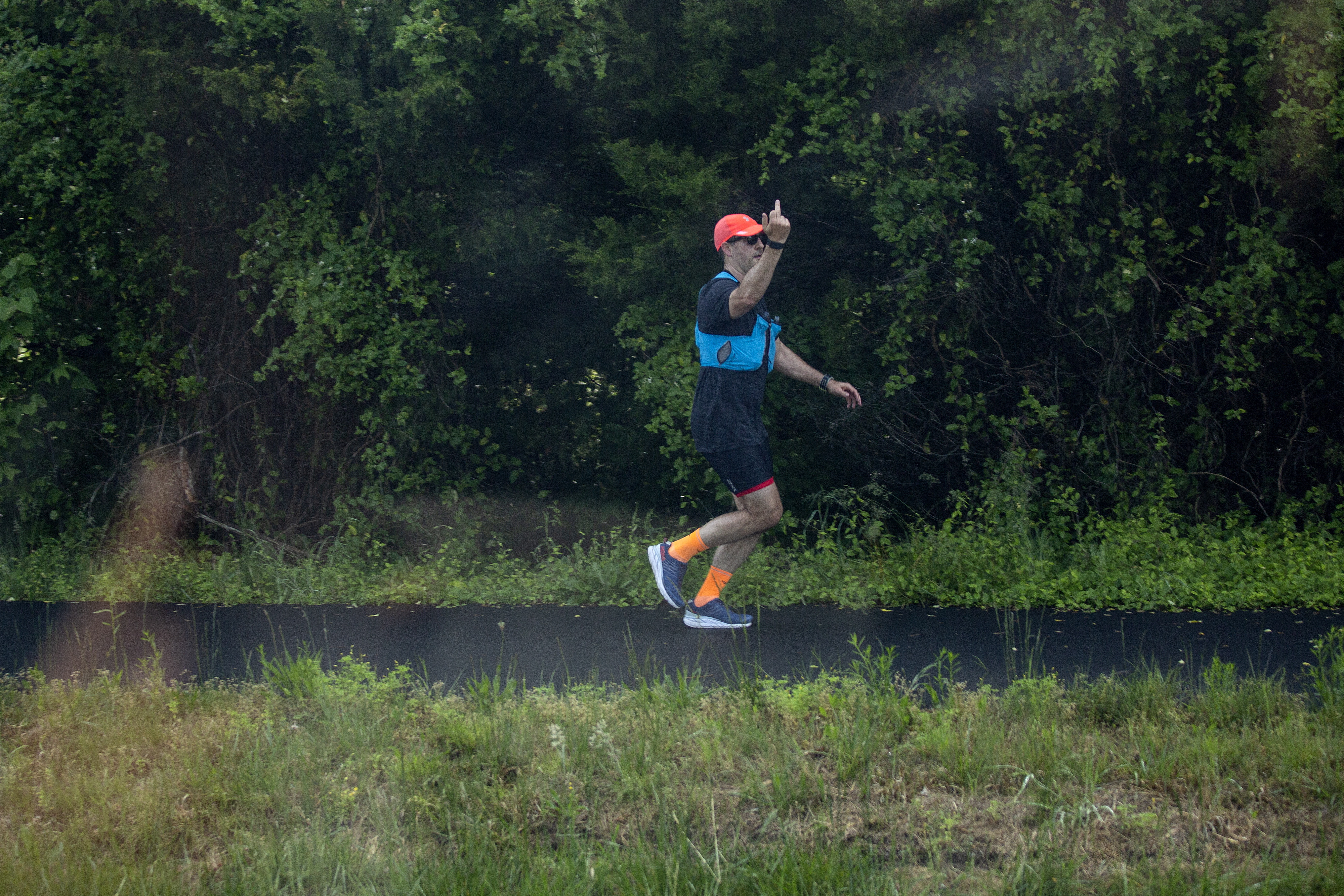 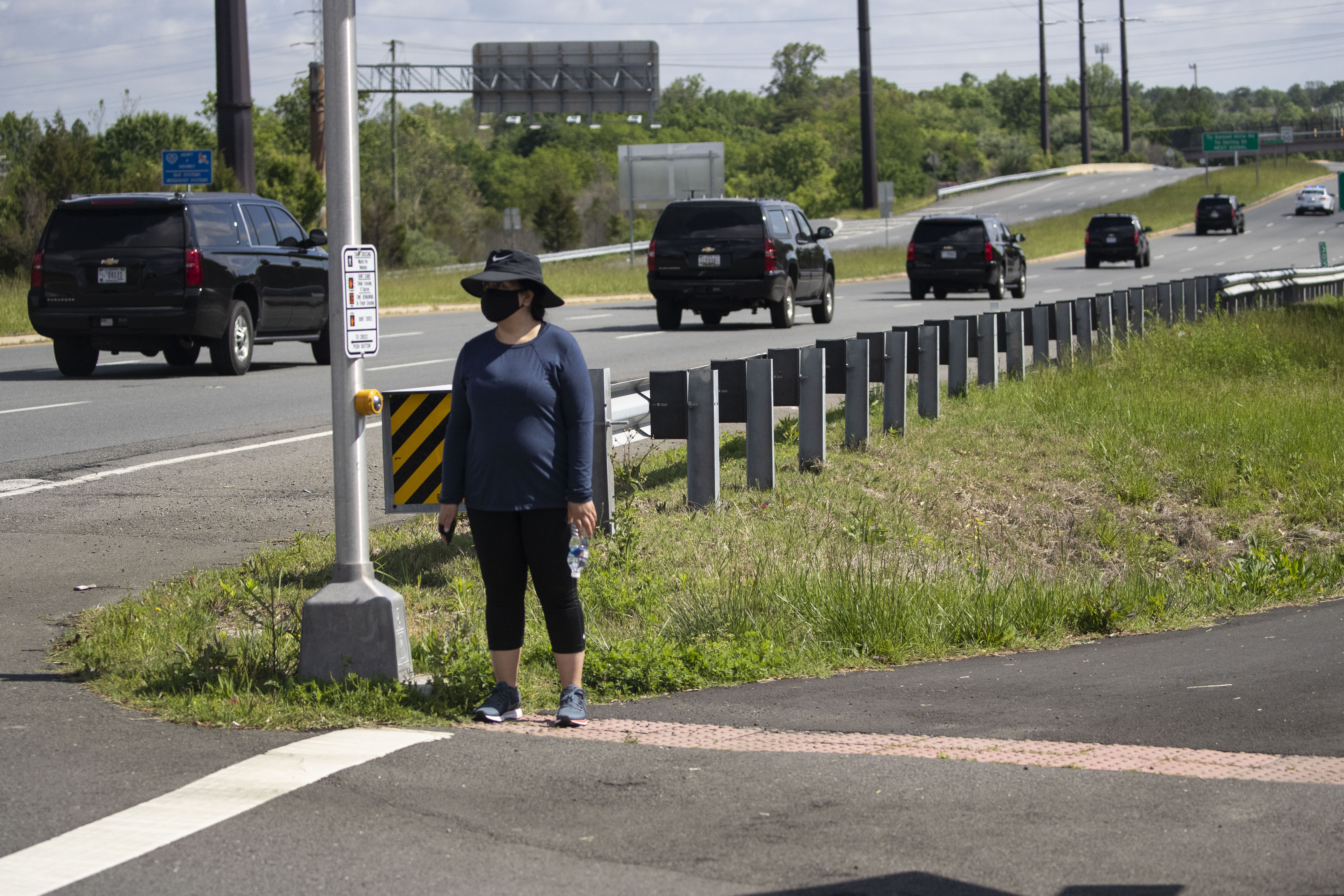 The 73-year-old Sessions defended his decision to recuse himself from the Justice Department investigation in an open letter to voters earlier this month and remained adamant about his decision in a response to Trump's scathing tweet on Friday.

"Look, I know your anger, but recusal was required by law," Sessions tweeted later Friday night.

'I did my duty & you're damn fortunate I did. It protected the rule of law & resulted in your exoneration.

"Your personal feelings don't dictate who Alabama picks as their senator, the people of Alabama do." 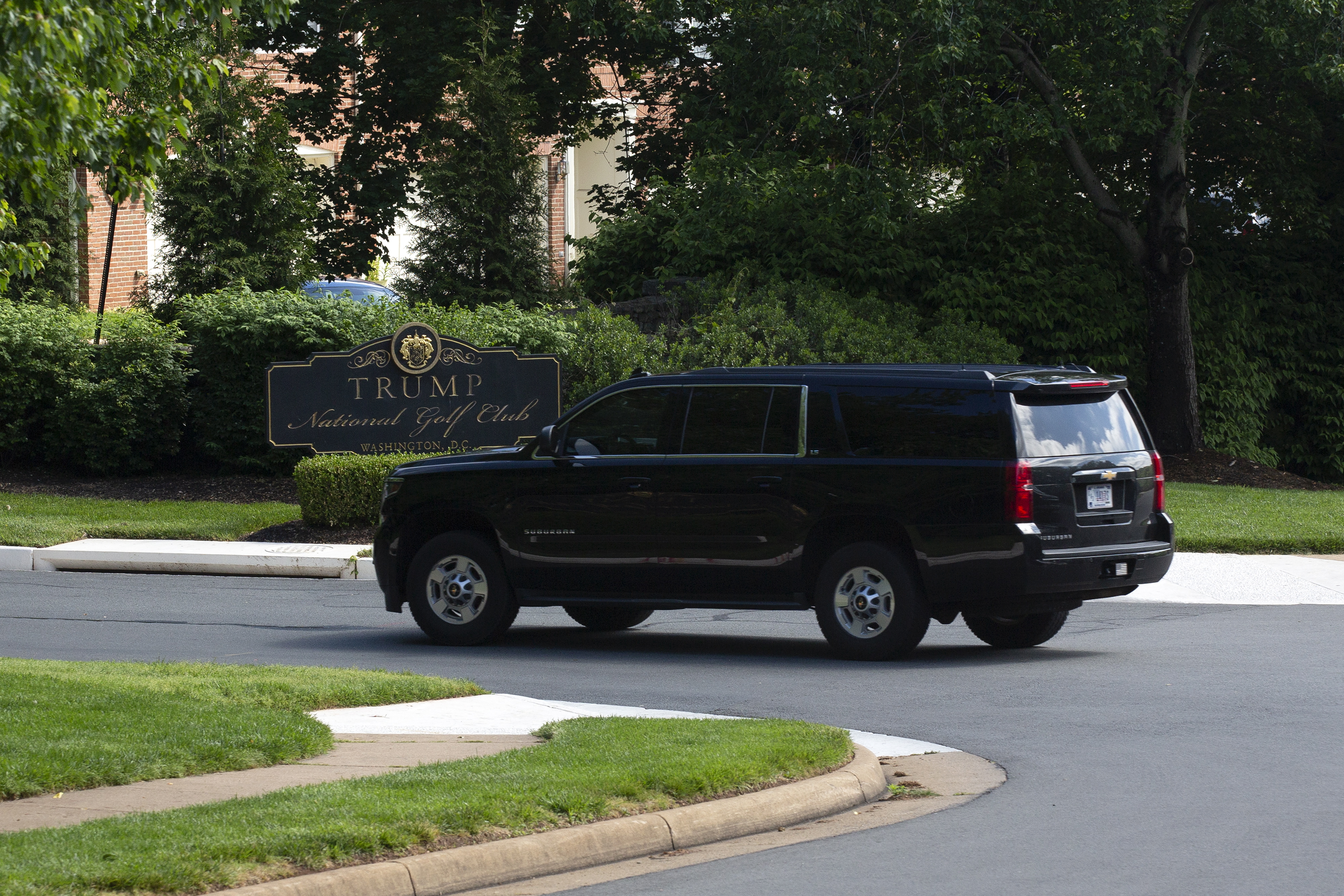 The series of tweets was actually ignited by Sessions' new nemesis Tuberville, who had posted a 30-second campaign ad on social media along with a scratching written message.

"3 years ago today @JeffSessions threw @realDonaldTrump to the wolves with the Mueller appointment," the former Auburn football coach wrote.

"When faced with supporting POTUS or running scared, Jeff Sessions chose the easy way out and recused himself.

"I won't ever run from a fight in the US Senate."

Sessions was fired as Attorney General following weeks of speculation and after angering the President for recusing himself from the Mueller probe.

He wrote in the AL.com letter this month: "My convictions are immovable, built on rock, not sand."

Robert Mueller would investigate Russia's interference in the 2016 election, won by Trump over Hillary Clinton.