A MUM was left reeling after spotting a big cat "twice the size of a German Shepherd".

Caroline McKendrick, 51, spotted the giant, "jet black, hairy feline" while she was out walking her dog in fields close to her house in Lopen, South Somerset. 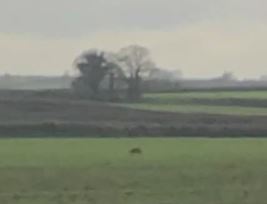 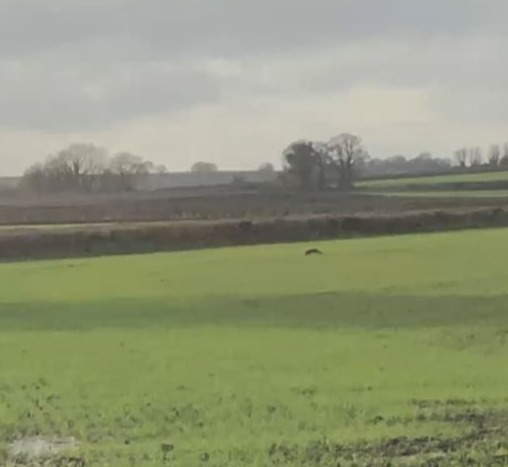 The sports therapist and mum-of-one said she had no idea “what the hell” the big black animal was, adding the sighting was “completely bizarre”.

She told The Sun Online: “I was taking the dog out for a walk, we walked through a field that would take me to a public footpath.

She added: “I didn’t know what the hell it was, it didn’t look like a cat or a dog.”

Caroline described the mysterious animal as “quite hairy” and “more feline-looking” than anything else she had seen around her local fields before.

She said that it was crouched down and hunched over, and looked as though it was stalking prey.

Caroline said: “It’s a shame I couldn’t get my phone out sooner.

“At first it was quite close to me, I was outside the farm [opposite my house].

“It was about 70m away from me originally, ‘I thought that’s not right, I don’t know what it is.' 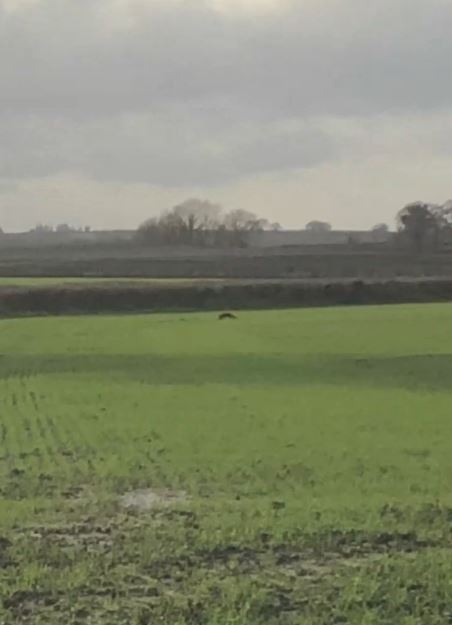 “It’s not something I had witnessed over here before. There was no owner, that was clear.”

Caroline – who belongs to a special group which tracks UFOs and the paranormal – said she was careful not to let the predator catch her scent, staying downwind of the beast and making sure her dog didn’t spot it.

After it disappeared and reappeared a few times, Caroline and her dog “high-tailed it out of there,” she said.

After the ordeal, she reached out to a local safari park to help identify the beast – but never heard back.

It wasn't until a story about another big cat, this time spotted in Chester, popped up in Caroline's inbox from a pal that she began to wonder if it could have been something more sinister than a mystery mammal – maybe even a black panther.

The Chester cat was seen by a terrified McDonald's driver.

Richard said: “I was out on my bike coming back into town after delivering someone’s McDonald’s when I spotted an enormous big cat across the river on the meadows.

"I pulled over to take a picture and tried to shout to a dog walker nearby but they couldn’t hear me.

"It was prowling along the edge of the long grass then disappeared into the undergrowth.

"It was absolutely massive though, like nothing I’ve ever seen.”

And on New Year's Eve, a mystery big cat was spotted in the Welsh hills — with many convinced it is a puma.

The ferocious feline, said to be the size of a Labrador, was seen skulking along an A-road. 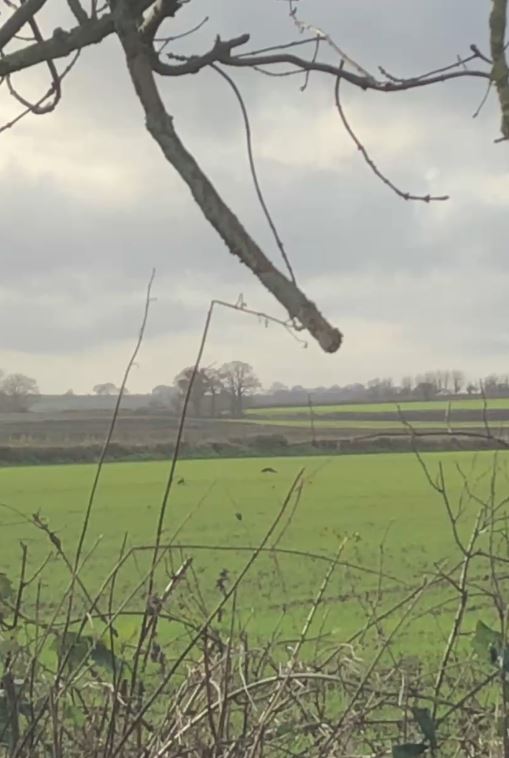