A DISTURBING video has emerged which lays bare the moment a young boy and his mother were caught in a gunfight in central Toronto that killed rapper Houdini.

CCTV footage shows  a six-year-old boy and his mom narrowly missed by ricocheting bullets as the 21-year-old hip-hop artist’s pals return fire on the masked assassin. 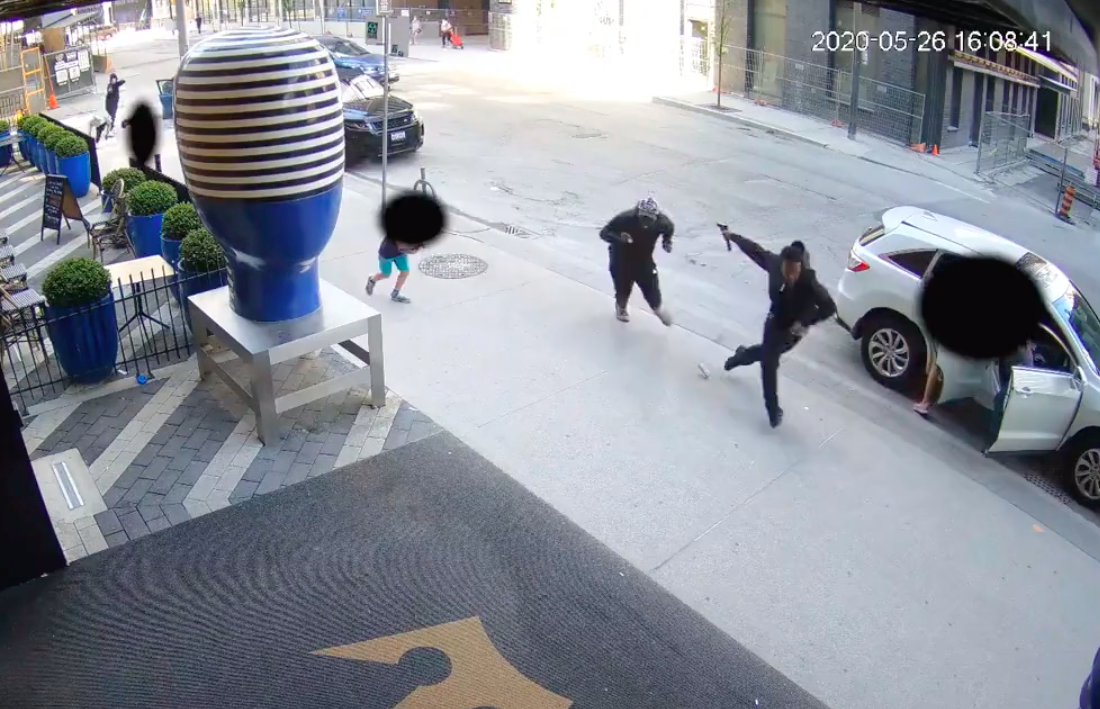 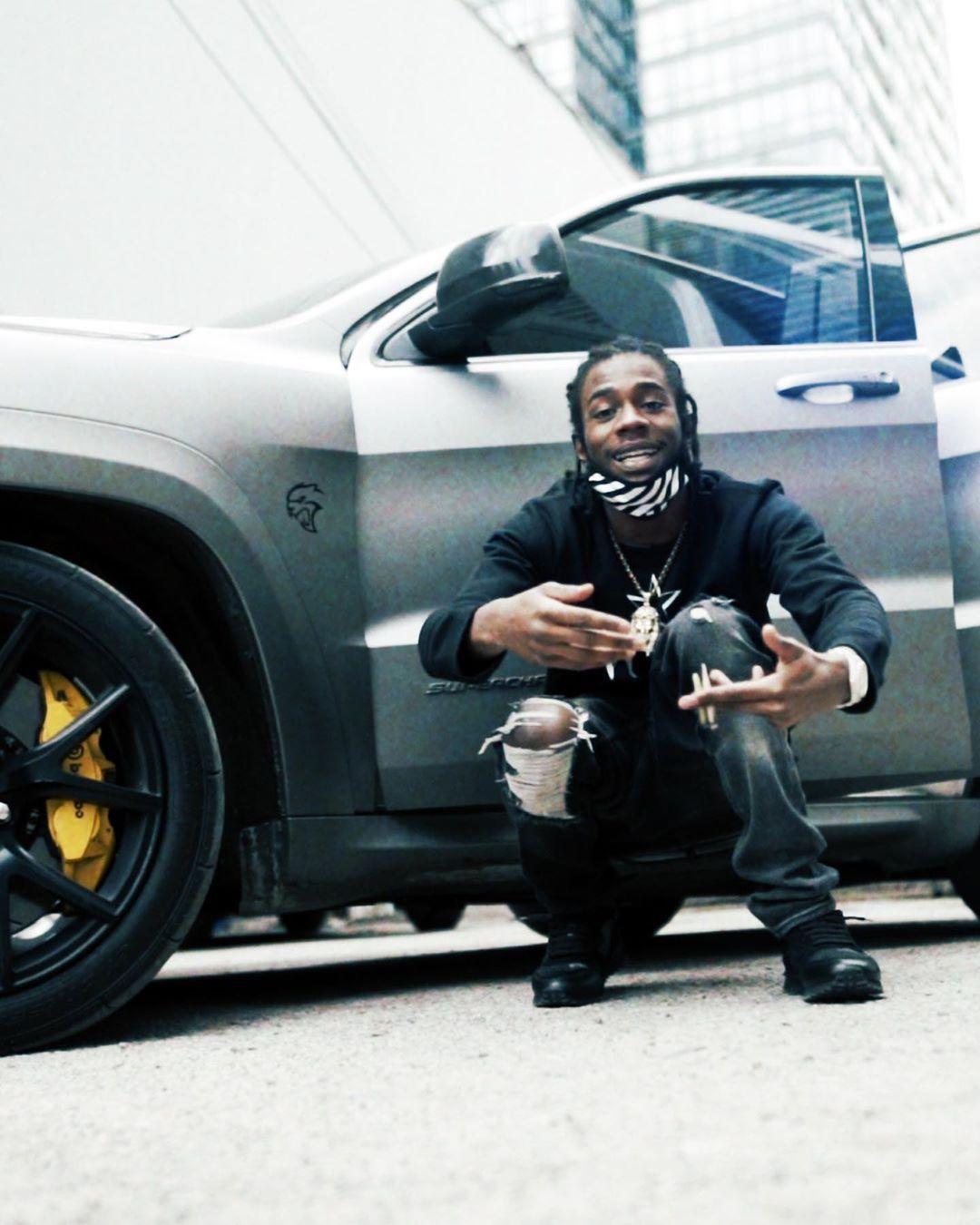 The gunfight unfolded between two groups just outside of the Bisha Hotel & Residences, as many passersby, including the young boy and mother, watched and screamed.

Det Sgt Andy Singh said during a news conference: "The little boy ducks into the vestibule here while these associates are returning gunfire to the shooter.

"The little boy was exactly in the line of gunfire when it first started and the family, which can be clearly seen in the background, were in the receiving end of the volley of shots.

"The gunman has a complete disregard for human life."

The little boy was exactly in the line of gunfire… the family, which can be clearly seen in the background, were in the receiving end of the volley of shots

Det Sgt Singh added the bullets "skipped off the ground" and were "inches from not only the little boy, but also the mother".

He said: "As the shots are hitting the ground, you can see dust coming up."

The security camera footage, which was released by police, shows two pals of Houdini, whose real name is Dimarjio Jenkins, returning fire after an unidentified hitman wearing a surgical mask ambushed the unarmed hip-hop artist at about 4pm on Tuesday.

One Jenkins’ friend dropped his weapon after it jammed, then bolted for his life, the video showed.

In total, 23 shots were fired and two 9mm firearms were recovered.

The killer’s 40-calibre weapon fired 13 shots, the rest came from the 9mm guns. 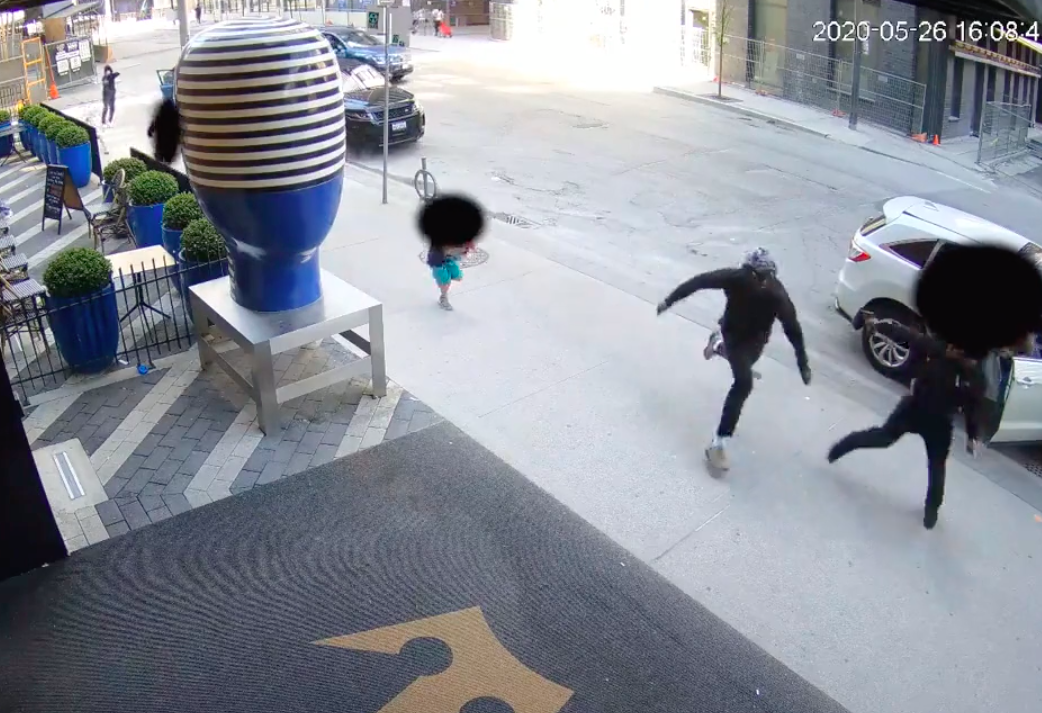 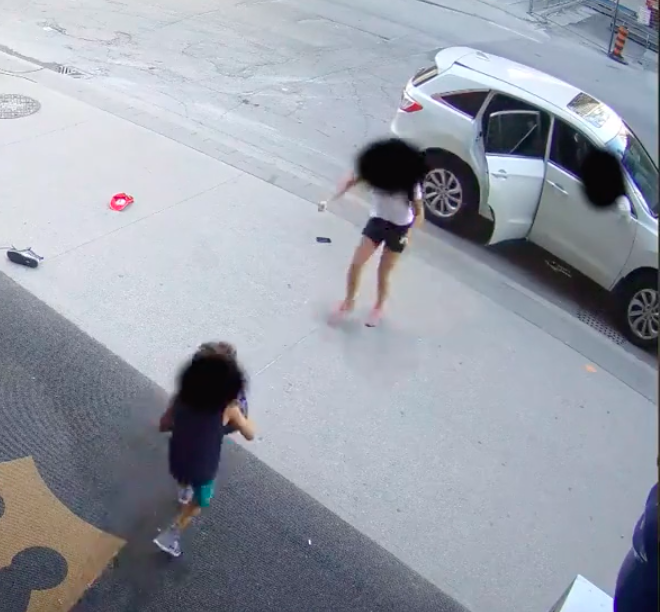 The killer was thought to have exited a SUV from the front passenger seat and opened fire on Houdini and his pals.

Police said the vehicle, which the killer’s group had been using for a month, was found torched in York Region.

Houdini, who grew up in the Jane-Driftwood neighbourhood and had millions of views on his YouTube videos,  is one of five GTA rappers who have been gunned down in Canada in recent months.

HipHopCanada’s founder and editor-in-chief Jesse Plunkett said: "He was an independent rising star widely considered on his way to ‘making it’ in the music industry.

"Very few Canadian hip-hop artists have been able to achieve the views and streams independently that Houdini did, which makes the fact that he didn’t get to take his career to the next level even more devastating." 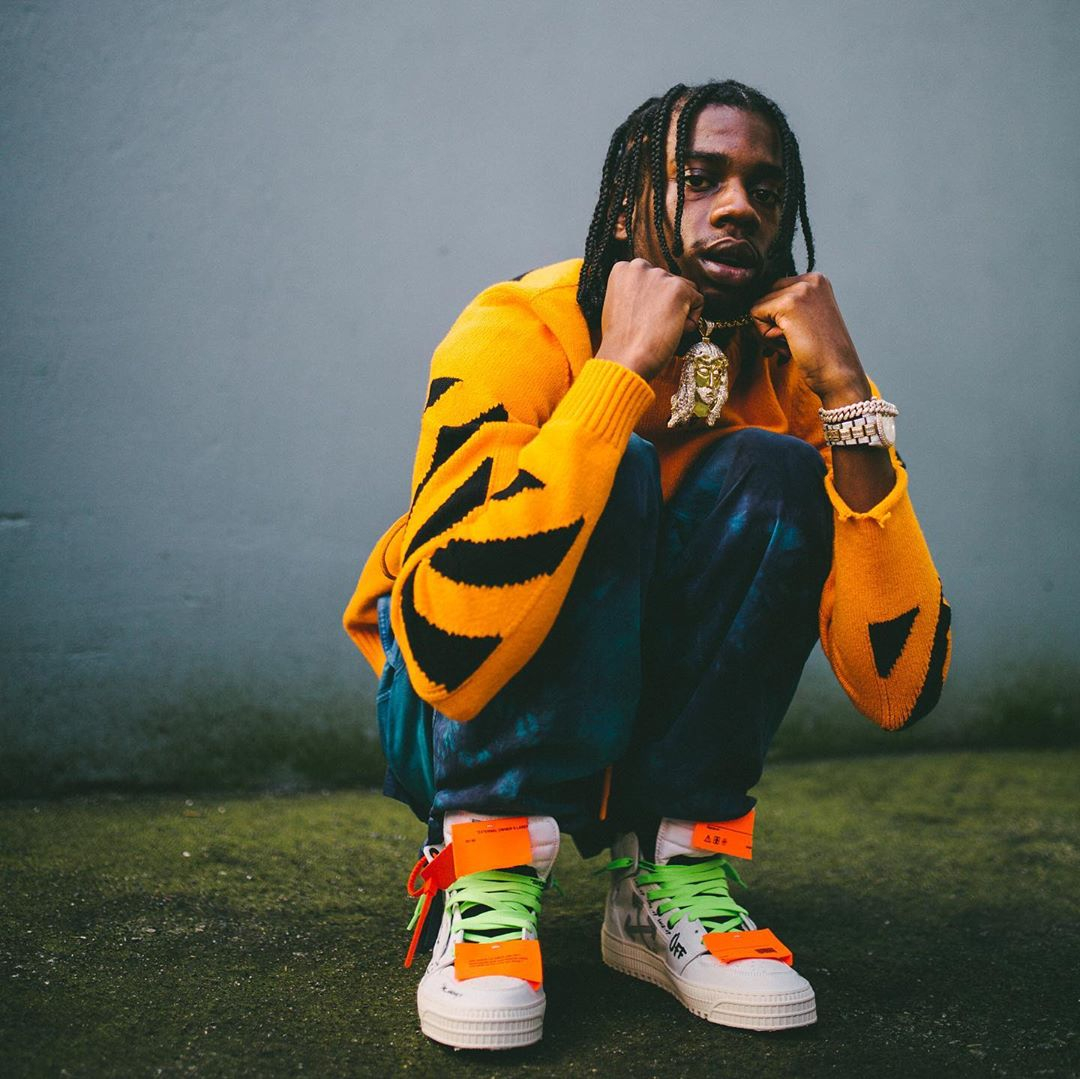