TWO sisters who vanished for 44 hours after walking into woods near their home have been found alive in the rugged Northern California wilderness thanks to a trail of granola bars they left behind them.

A desperate hunt was launched to track down eight-year-old Leia Carrico and her sister Caroline, five, who went missing after leaving their house in rural Benbow, California, at about 2.30pm on Friday. 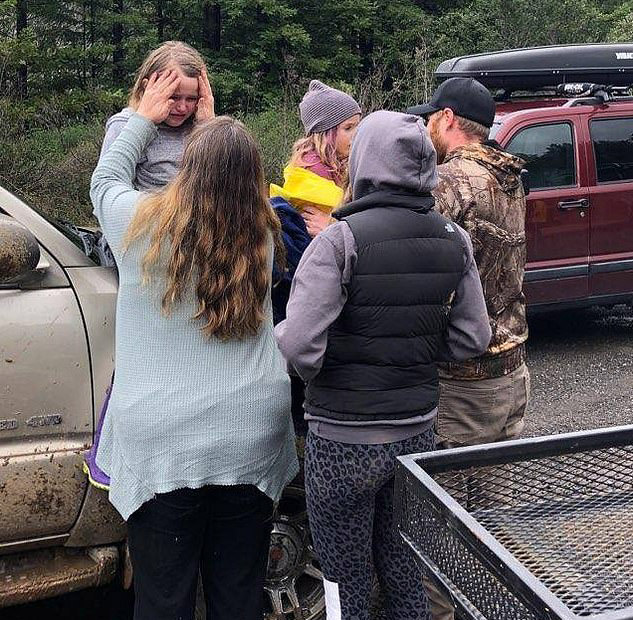 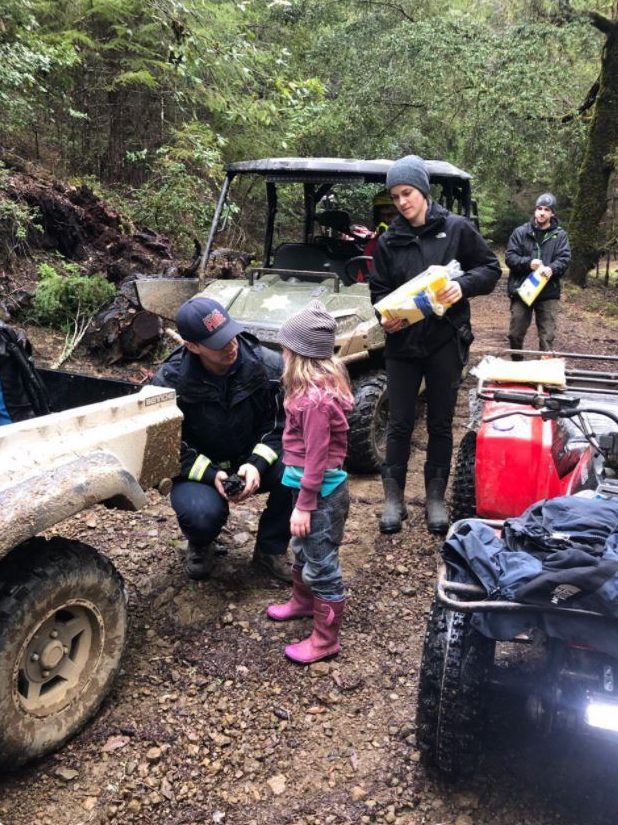 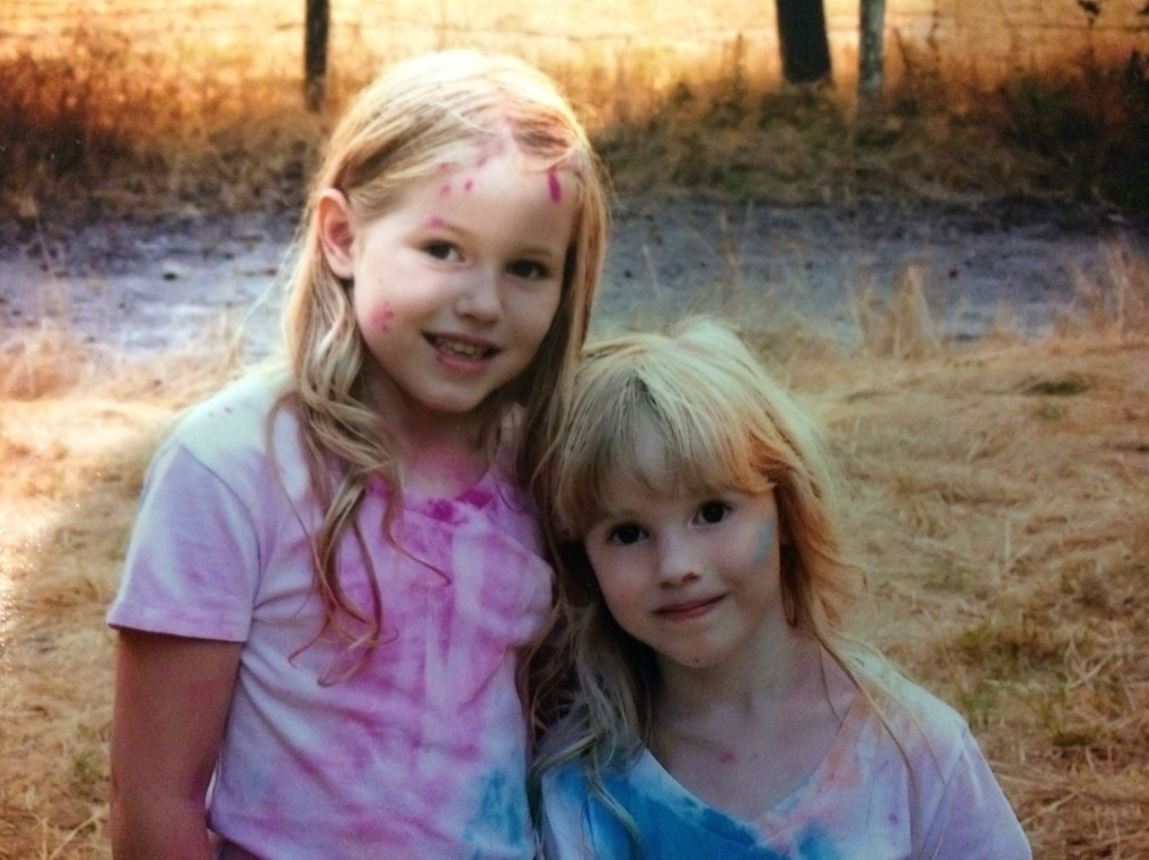 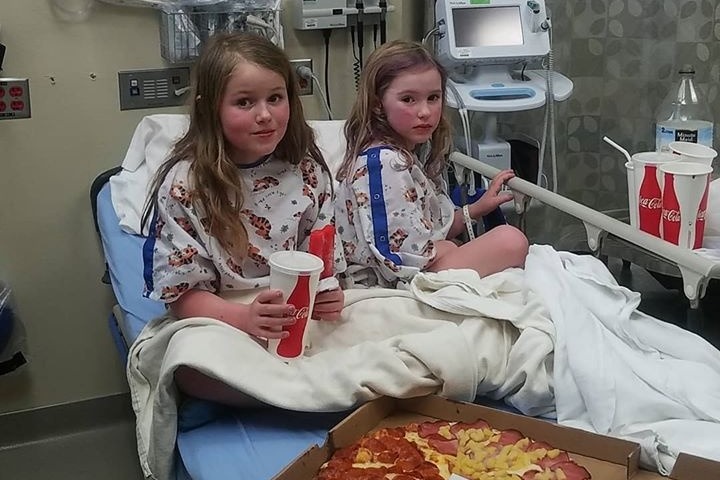 A fire chief and firefighter from a local volunteer department found Leia and Caroline Carrico in a bear-infested wooded area 1.4 miles from their home, Humboldt County Sheriff William Honsal said.

But the girls were "safe and sound" and uninjured, thanks in part to survival training they got with their local youth club.

Incredible footage shows their parents hugging and kissing them as they're surrounded by friends and family.

Sheriff Honsal said: "This is an absolute miracle.

"This is rugged territory, this is an extreme environment. How they were out there for 44 hours is pretty amazing."

"We have so many of these kinds of efforts that end up in tears," she said. "Today, we can all shed tears of joy."

A photographer at the scene of the emotional reunion told the North Coast Journal that the girls said they'd spent Friday night sleeping under a log.

However, after getting wet when it poured with rain, they spent Saturday night in a "huckleberry cave".

Putting their survival training to use, the pair manged to keep hydrated by drinking water from huckleberry leaves.

They told rescuers that they became lost after following a deer trail.

VANISHED AFTER SNEAKING OUT

While giving one of the girls a big hug upon their rescue, their relieved – and tearful – mum, Misty Carrico, said: "You are in so much trouble."

The girls had not been given permission by their mother to go for a walk together – but were believed to have taken off anyway.

Police were called at about 6pm and a massive search operation was launched after family and neighbours failed to track them down.

The search gathered pace on Saturday as the Coast Guard, the US National Guard and fire crews were drafted in to help.

Detectives found boot marks in a wooded area near the girls' home – and distinctive granola bar wrappers that could help them be tracked.

Humboldt County Sheriff's Lt. Mike Fridley said their mum had only just purchased the same brand – leading them to believe the sisters stocked up on snacks before vanishing.

On Friday he told SF Gate: "We have found some clues during the day that have made us change our directions.

"We found some granola bar wrappers and we were able to confirm with the mom that yes, these are granola bars that [she's] bought in the last few days.

The family has since launched a fundraiser to seal their road. 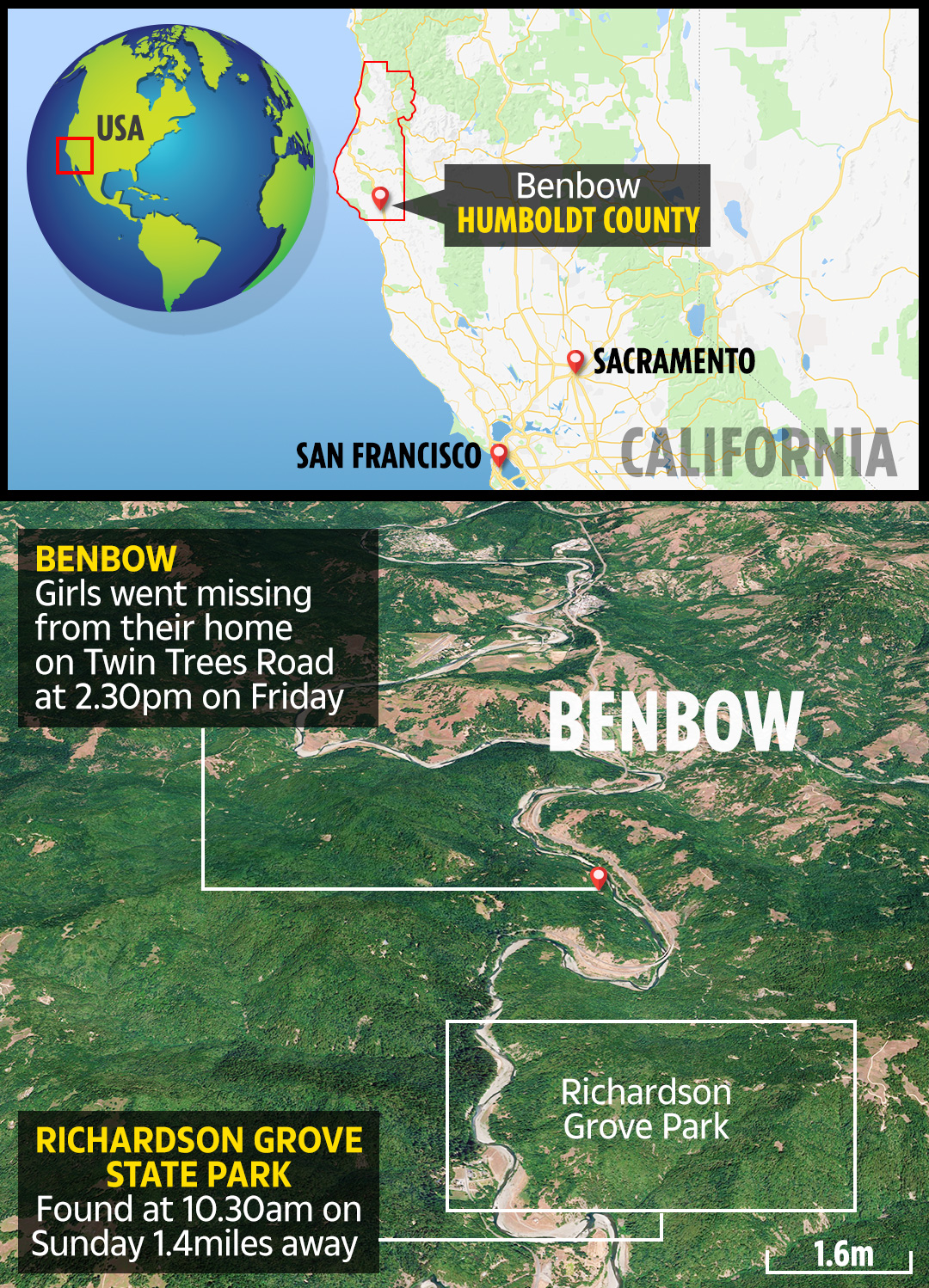 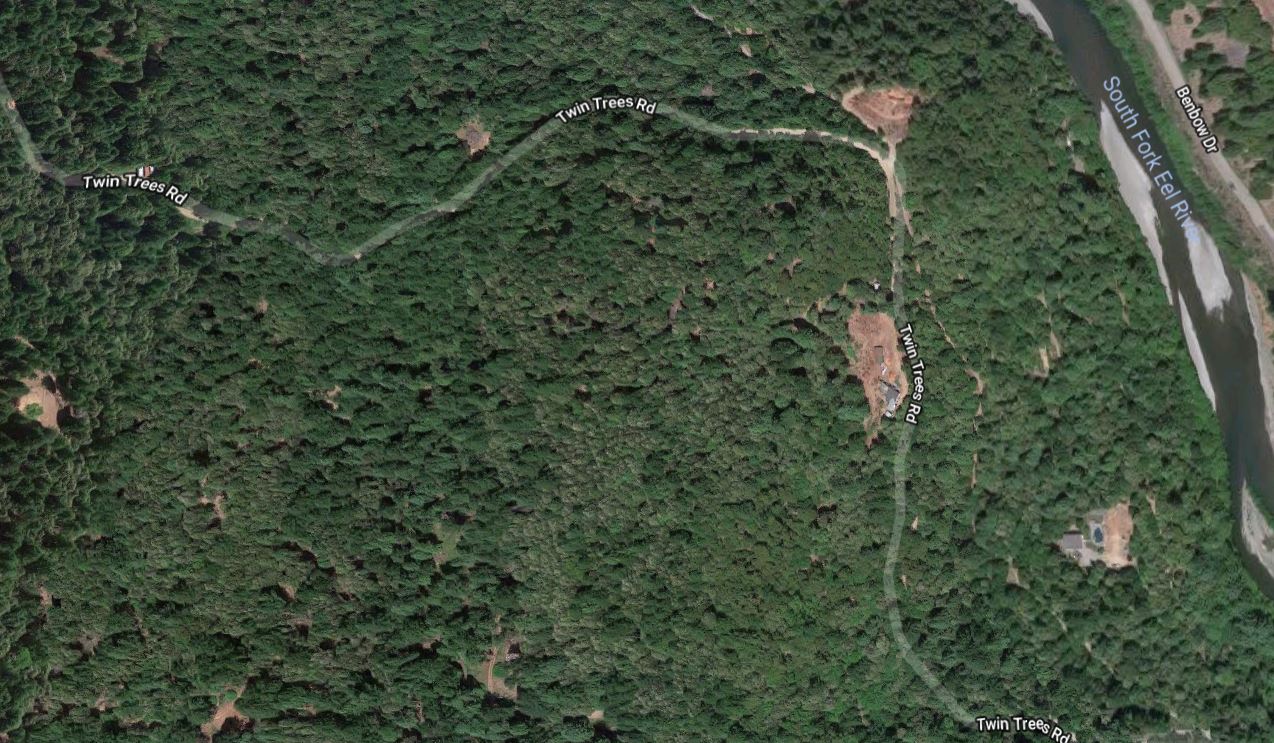 MOST READ IN NEWS

Mum Misty wrote: "When my two daughters Leia, age 8, and Caroline, aged 5, wandered off into the woods the whole world came to our aid.

"With the help of the Volunteer search and rescue, technical rescue, sheriffs office, local volunteers, multiple other agencies my girls were found after 44 hours.

"My girls were found cold, tired, but alive.

"The unfortunate side affect is my 6 mile dirt driveway and the driveways of all my neighbours was destroyed by all the traffic. We can hardly make it home from the hospital.

"I'm asking for donations to put rock on our road. any extra money will be used to rock my neighbours road." 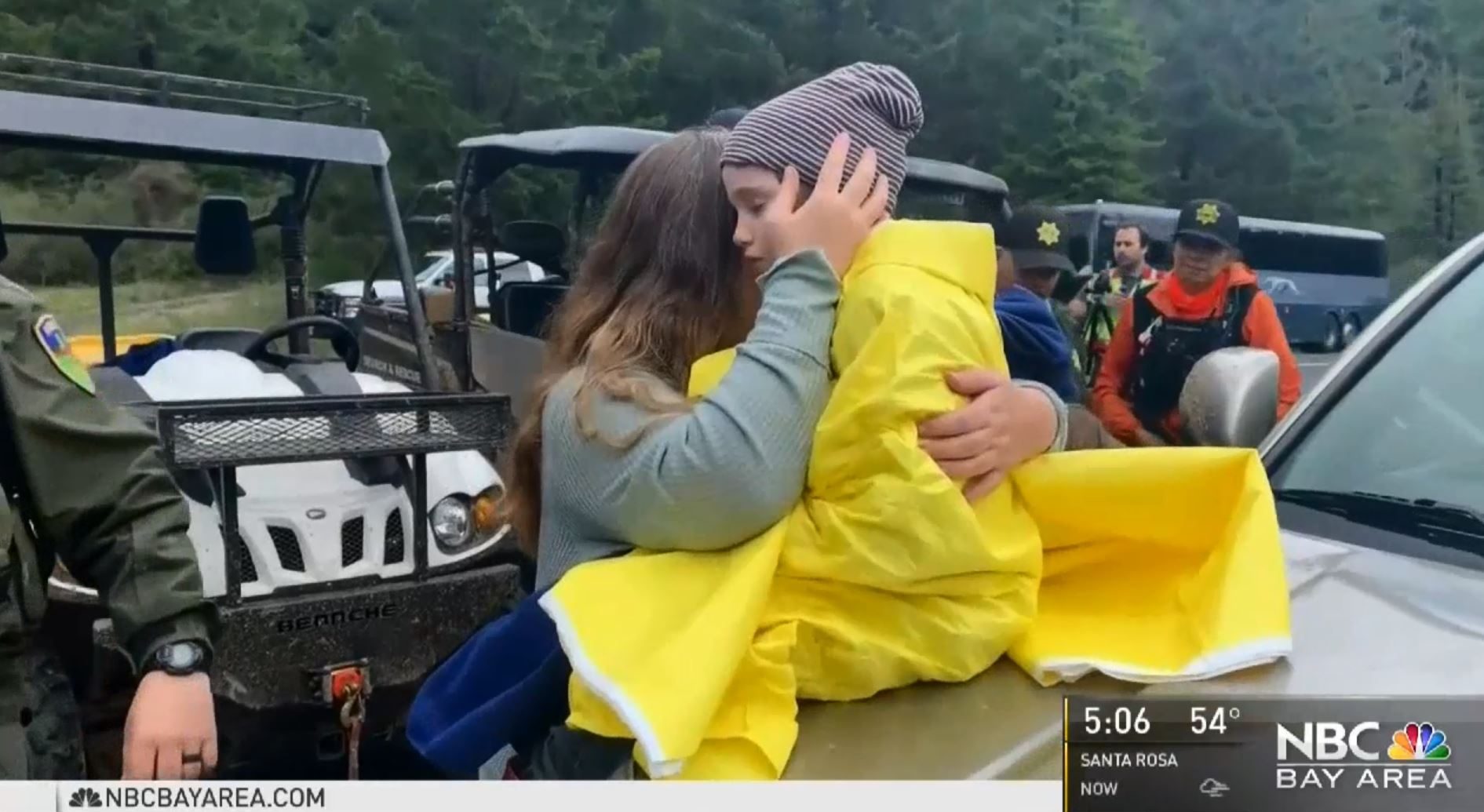 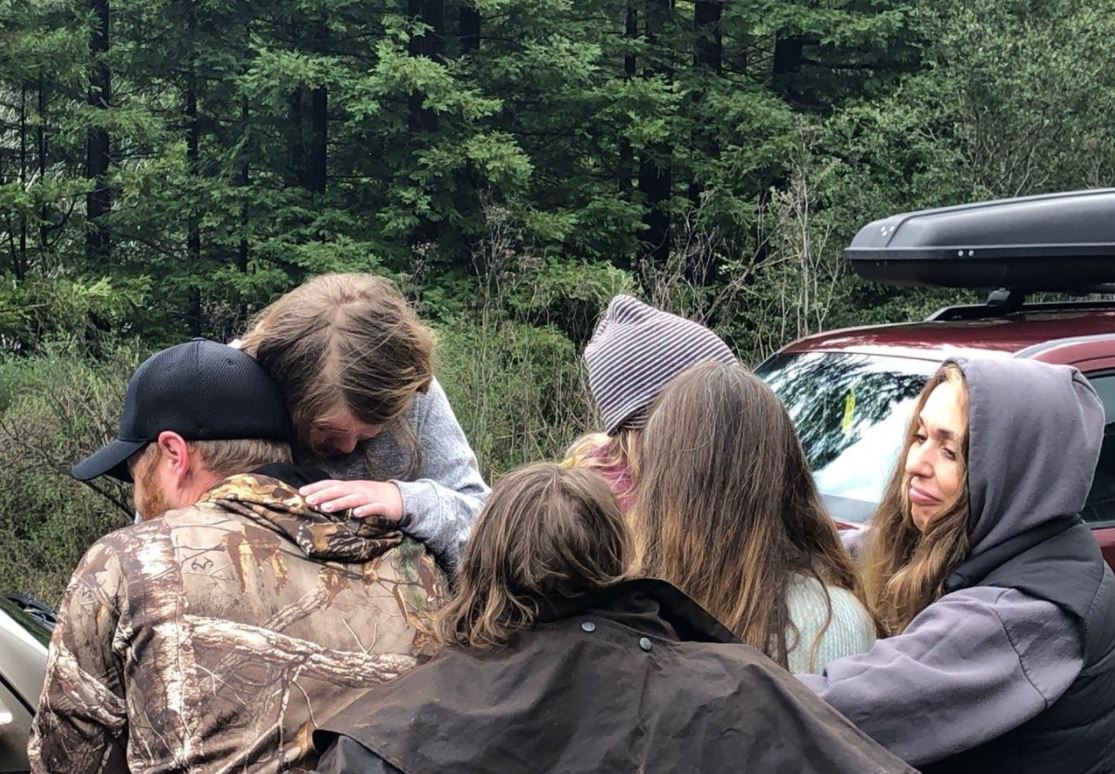 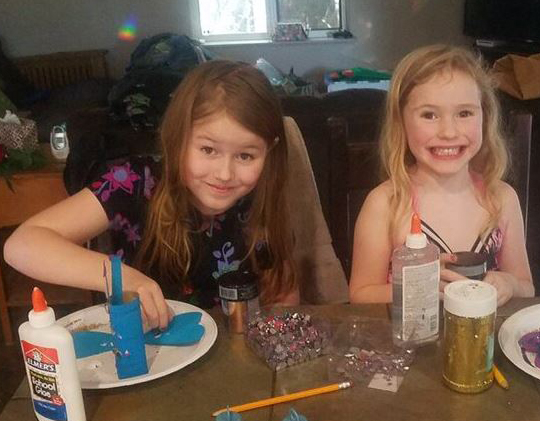 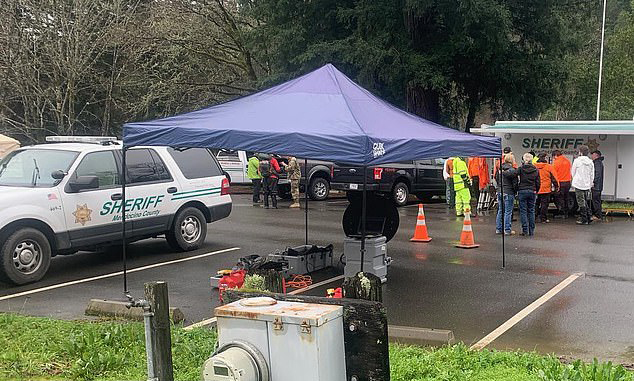