THIS is the moment a group of soldiers were heckled as they cleaned a war memorial daubed with graffiti during a Black Lives Matter march. 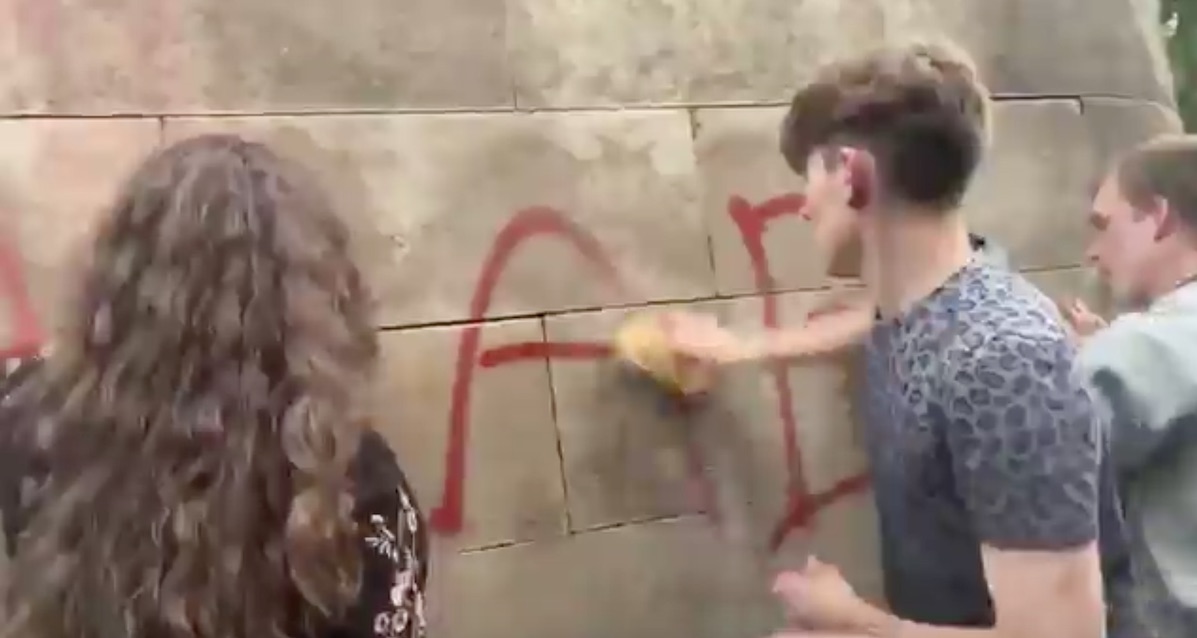 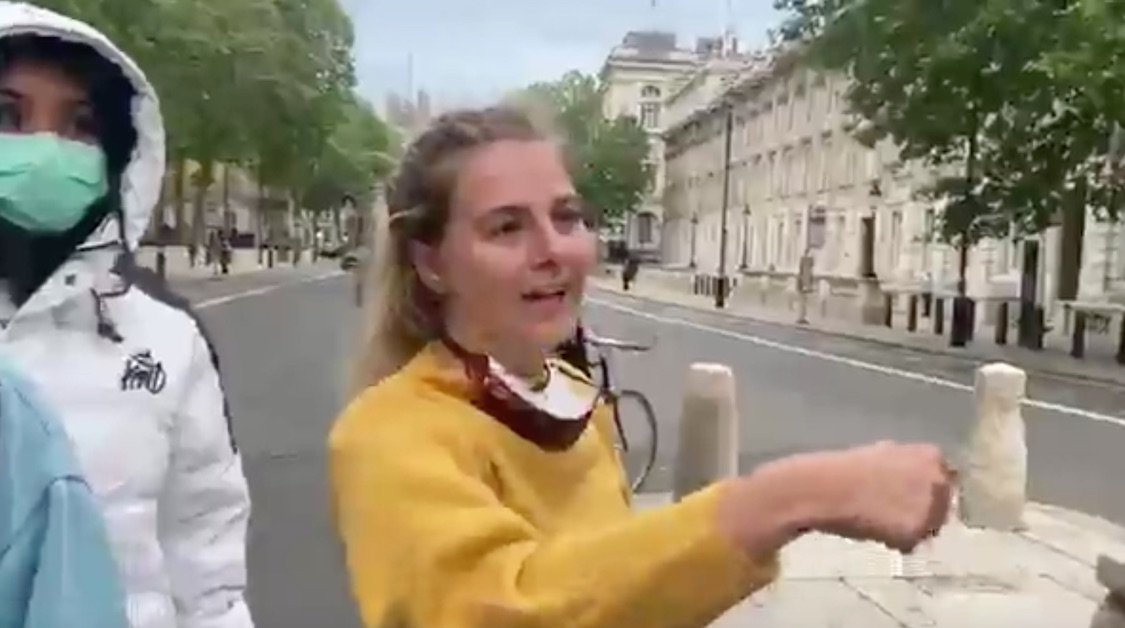 The group of around eight soldiers, from the Household Cavalry, had volunteered to clean the graffiti after spotting it near their barracks in Central London.

In the video, the eight soldiers are seen scrubbing out the slogan 'ACAB' – which stands for "All cops are b*******".

But as they wipe off the graffiti, one woman berates them for "not even waiting a day" to try and protect "their precious memorial" as she films them on her phone.

And another irate passersby also accuses them of picking up protest signs earlier in the day and putting them in bin bags.

She says: "Excuse me when I saw you earlier you all picked up signs and put them in bin bags. Why did you pick them up? I don't understand."

The bronze statue, of World War One officer General Earl Haig, has stood in the same spot in Whitehall since 1937, when it was unveiled by Prince Henry, Duke of Gloucester.

General Haig was a commander of the British Expeditionary Force on the Western front from late 1915 until the end of the War.

He had led British troops into many of the war's most bloody battles – including the Battle of the Somme and the battle of Arras. 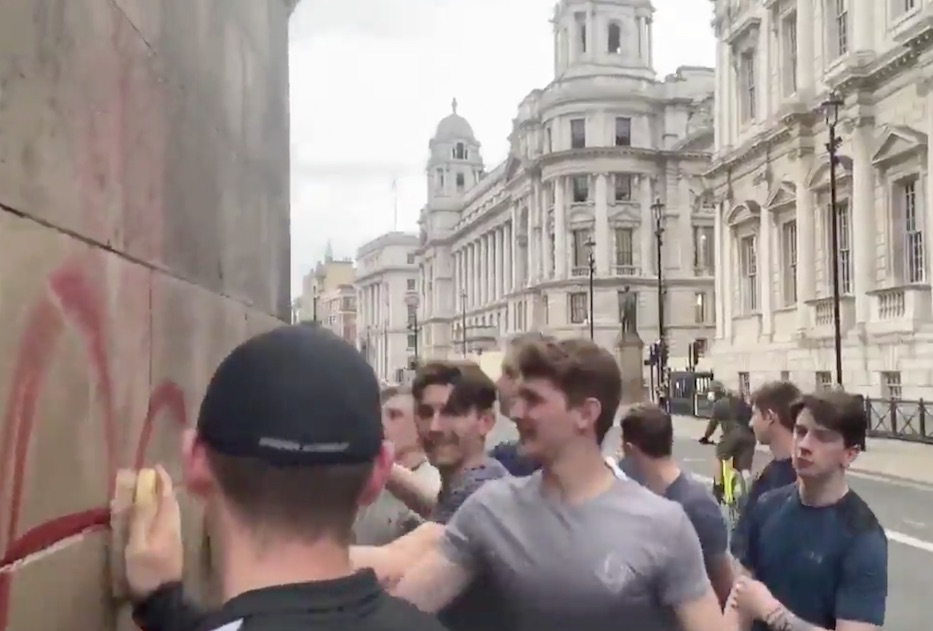 But the rude hecklers were in the minority as Londoners peacefully took to the streets on Wednesday in support of the Black Lives Matter movement.

Thousands marched in London and other cities across the UK to show solidarity after the horrific killing of George Floyd by a police officer in Minneapolis, US on May 25.

Mr Floyd's tragic death has sparked anti-racism protests across the globe as protesters demand an end to police brutality and discrimination.

The overwhelming majority of protesters remained peaceful throughout the day, but as the day wore on, scuffles broke out near Downing Street and outside the Foreign Office, with some of the crowd shouting 'f* Boris, f* Trump'.

The Met Police confirmed 13 people were arrested following the disturbances near the PM's London residence.

And during the evening, police in riot gear were called to Westminster after clashes broke out near to the Foreign Office and barriers were launched towards No10.

Footage from the scuffles near No10 shows objects including signs and a traffic cone being thrown at police while one protester is wrestled to the ground and restrained by officers.

It comes as police forces in the UK yesterday issued a joint statement slamming Floyd's killing.

They said they "stand alongside all those across the globe who are appalled and horrified" by the 46-year-old's death.

The chief constables, the chair of the National Police Chiefs' Council, the chief executive of the College of Policing and the president of the Police Superintendents' Association said: "We stand alongside all those across the globe who are appalled and horrified by the way George Floyd lost his life. 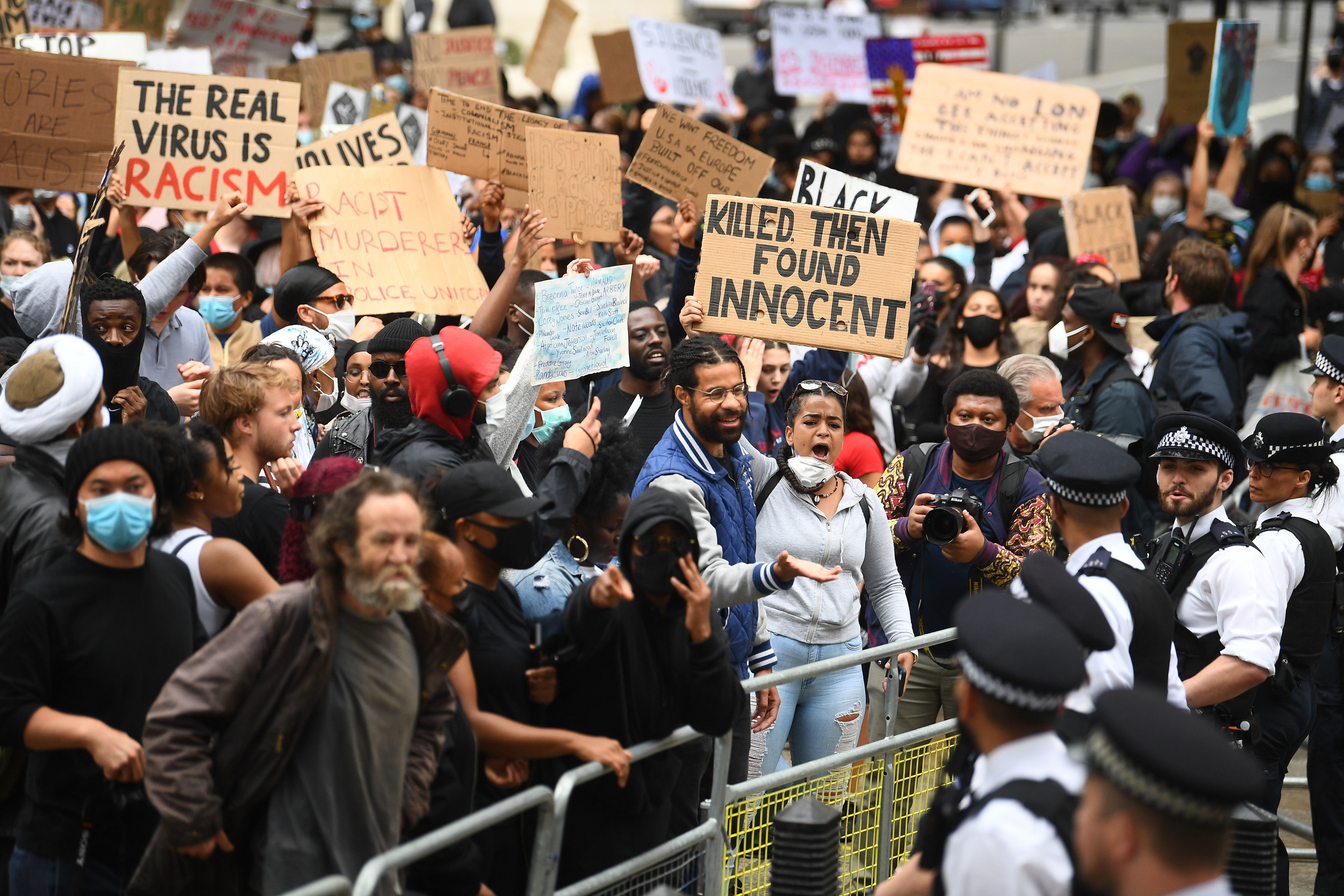 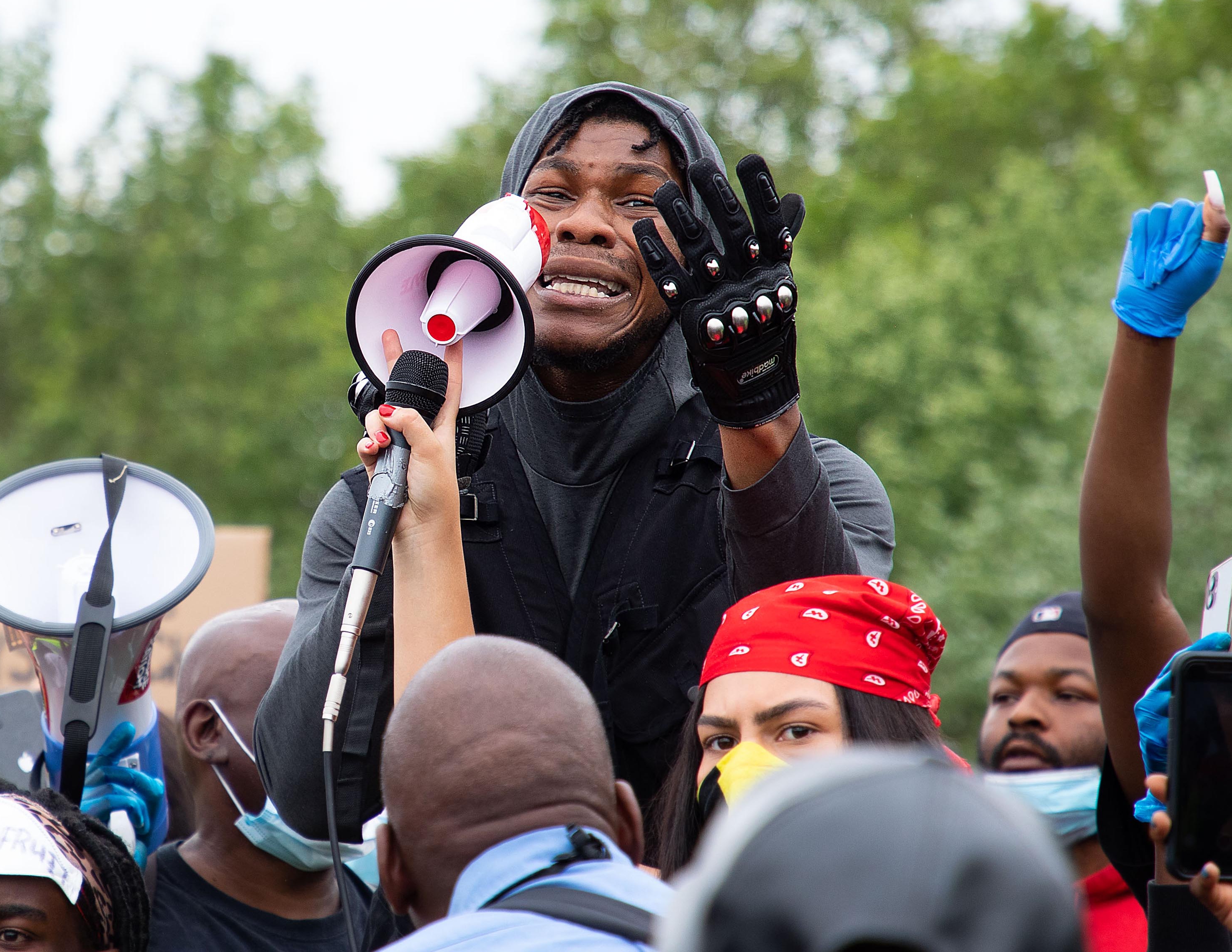 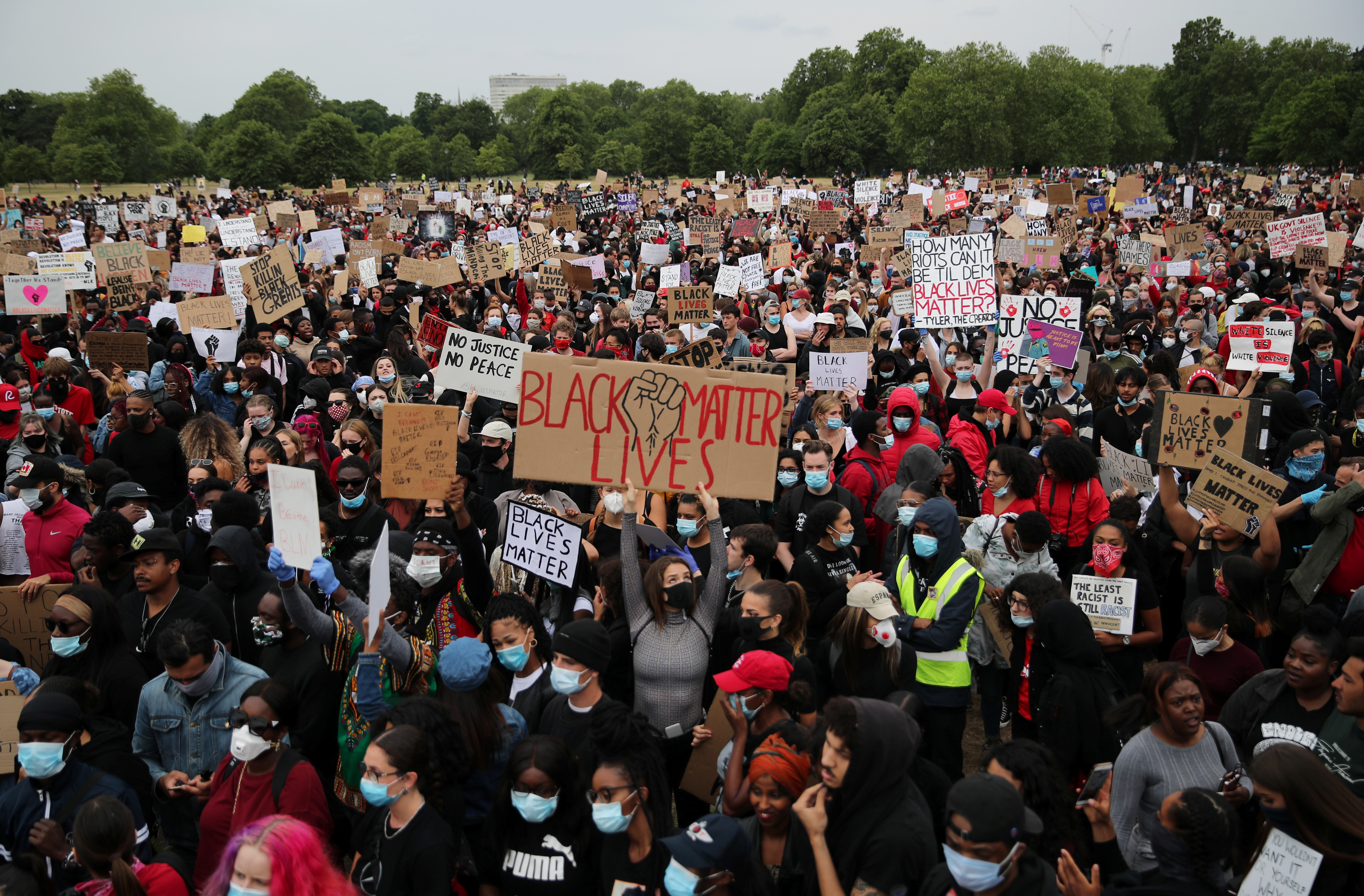 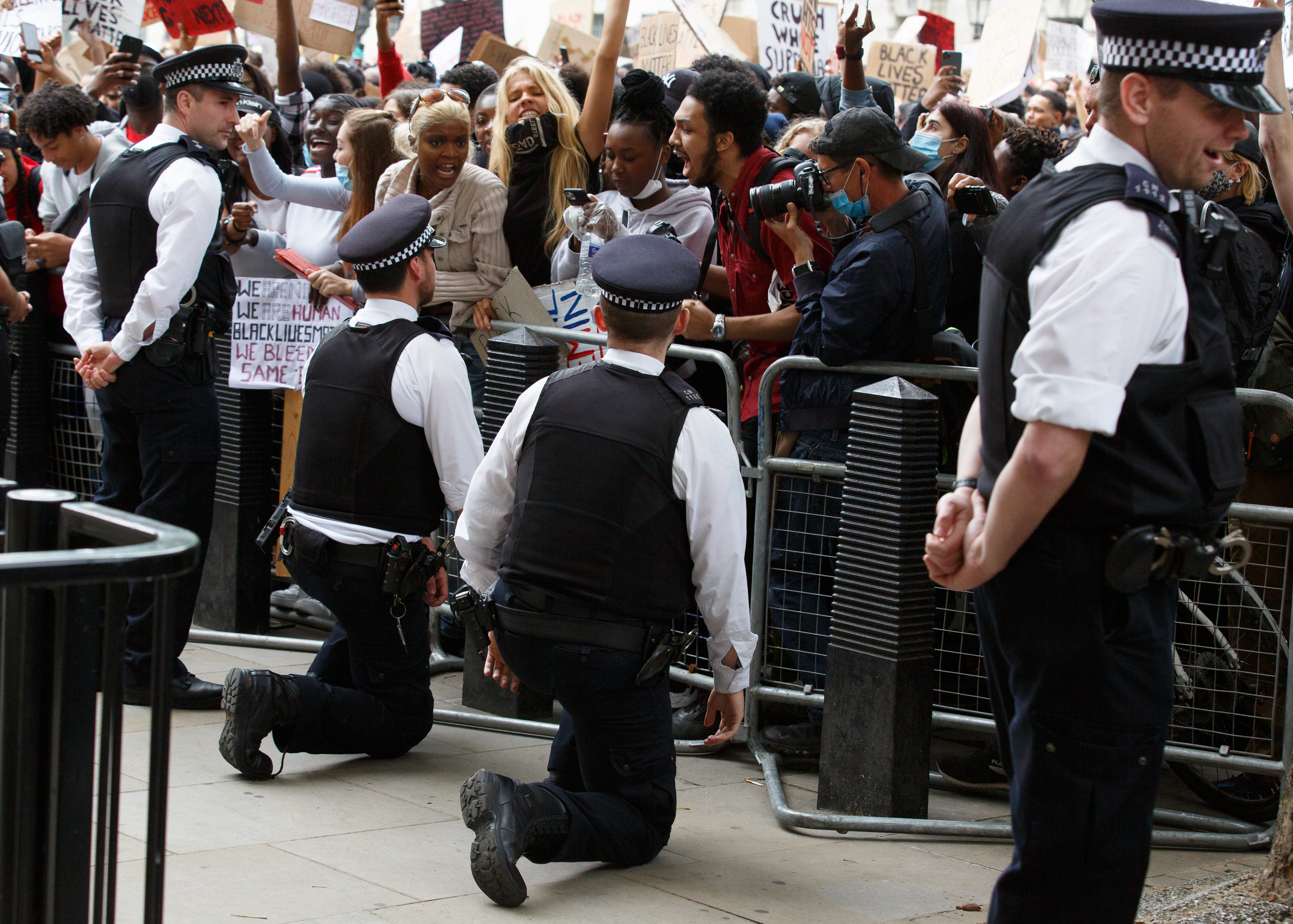