On Wednesday morning, the waiting finally ended. After sources confirmed to Yahoo Sports that the Big Ten will return to play in the fall of 2020, the conference made it official. The league is expected to start the season on Oct. 24, which is scheduled to allow for both a conference title game and a potential spot in the College Football Playoff.

“Our focus with the Task Force over the last six weeks was to ensure the health and safety of our student-athletes. Our goal has always been to return to competition so all student-athletes can realize their dream of competing in the sports they love,” Big Ten Commissioner Kevin Warren said in a conference statement. “We are incredibly grateful for the collaborative work that our Return to Competition Task Force have accomplished to ensure the health, safety and wellness of student-athletes, coaches and administrators.”

The decision has been expected since the Big Ten Council of Presidents and Chancellors (COPC) met on Sunday night, as optimism had permeated through the league. But as the days went on and information evaporated, the coaches and administrators around the league were frozen in anticipation.

In typical Big Ten fashion this most muddled of summers, it was simultaneously stunning and not surprising at all when the news leaked out over a hot mic by a Nebraska president Ted Carter.

Sources told Yahoo that multiple programs around the league met with their players in the past few days and outlined a plan on how they’d practice and be ready to play by the October dates being reported in the media. But they cautioned that plan hinged on the votes from the Big Ten COPC. That finally happened, as coaching staffs around the league had two nervous days waiting for smoke signals from the Big Ten office.

Wednesday’s news comes more than a month after the same COPC group voted 11-3 to postpone the fall season. The conference doubled down on that nearly a week later when Warren said the Big Ten COPC was “overwhelmingly in support of postponing fall sports and will not be revisited.” 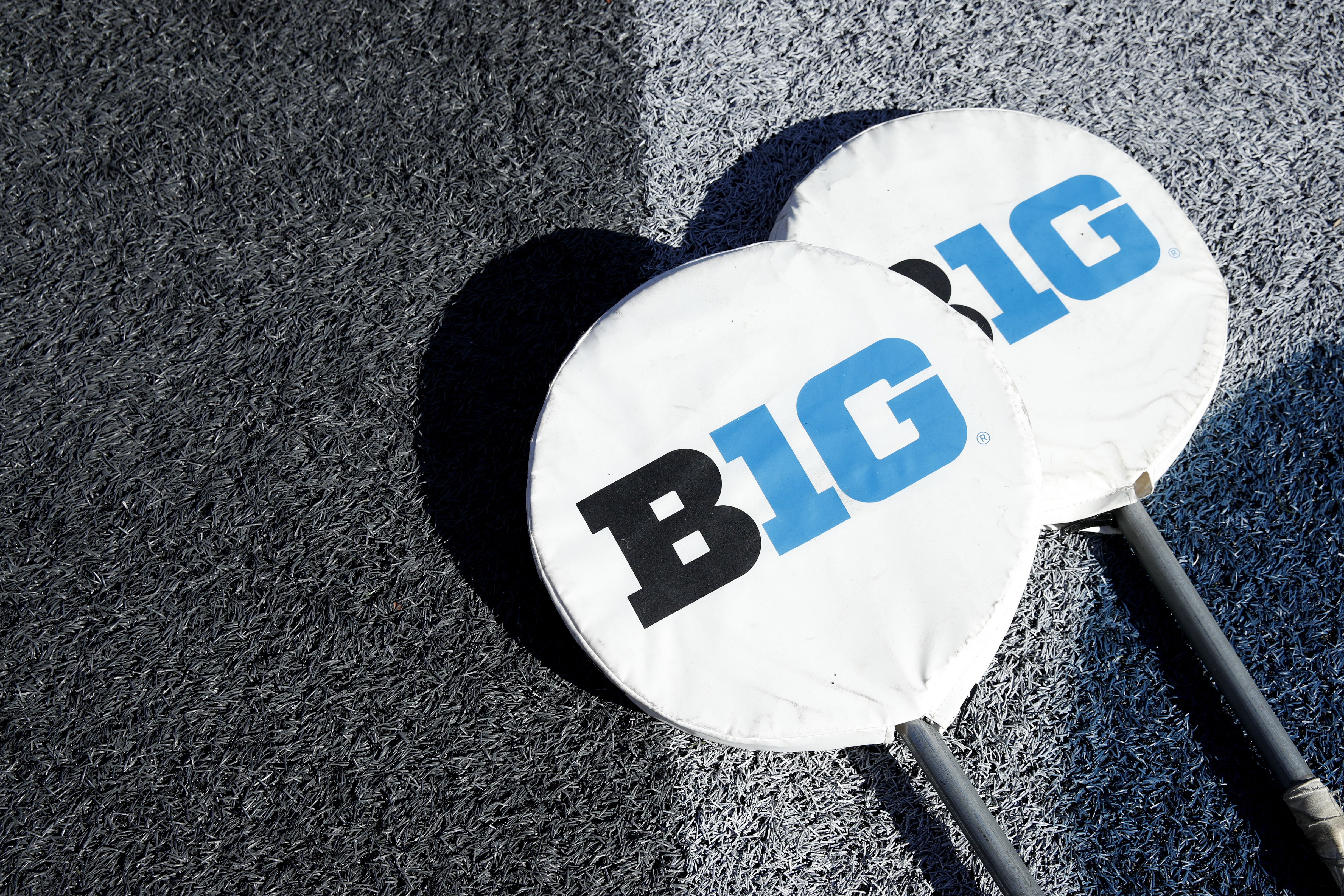 The Big Ten was the first major conference to make the decision to postpone the fall and now are the first to reverse it. The Pac-12 followed the Big Ten in postponing but has no intention of following the Big Ten back to the field, as the situations in California and Oregon aren’t allowing those teams to practice. As of now, three of the 10 FBS conferences will not play this fall – the MAC, Pac-12 and Mountain West.

The delay from Sunday’s COPC meeting to today’s announcement came from finalizing details, answering last-minute questions and making sure the messaging about the reversal came across better than the initial messaging. When the Big Ten first announced its decision, Warren came under scrutiny for not sharing enough details.

What changed in less than five weeks? A confluence of medical advancements, fan blowback, political pressure and the successful start of the college football season elsewhere – especially in leagues like the ACC – all contributed to the league reversing course. Sources said that the presence of daily rapid testing, which has led to a successful start in the NFL, will be used in the Big Ten and will be a key part of the league’s messaging why it’s moving forward.

On Sunday’s COPC call, sources told Yahoo Sports that the three different arms of the league’s return to competition task force – medical, scheduling and television – formally presented to all 14 of the Big Ten Council of Presidents and Chancellors. The key medical voice has been Ohio State head team physician Dr. Jim Borchers, the medical co-chair of the return to competition task force. The presentation was said to be thorough and laid out a clear narrative as to why the league was more equipped to play than it was on Aug. 11.

“Everyone associated with the Big Ten should be very proud of the groundbreaking steps that are now being taken to better protect the health and safety of the student-athletes and surrounding communities,” Ohio State head physician Dr. Jim Borchers said in a conference statement.

“The data we are going to collect from testing and the cardiac registry will provide major contributions for all 14 Big Ten institutions as they study COVID-19 and attempt to mitigate the spread of the disease among wider communities.”

The league has made the decision to return in steps. The groundwork for Sunday’s meeting was built with an important step on Saturday. Eight of the league’s presidents and chancellors – a group known as the steering committee of the return to competition task force – heard a presentation on the medical advancements since the Big Ten’s initial vote. They agreed to pass it on to the full 14 presidents and chancellors for the vote.

Along with addressing daily rapid testing and ways to mitigate contract tracing, the Big Ten also is expected to unveil new information on myocarditis screening and the league can safely test for myocarditis in the wake of any positive tests.

The question now turns to the ability for schools to get their team prepared to play. Getting physically ready for the season is something that’s weighed heavily on Big Ten coaches. One of the league’s schools – Wisconsin – is on pause because of COVID-19 issues. Another two schools, Maryland and Iowa, just returned from a pause.

How quickly those schools could be ready to play has been a looming issue, especially with the league attempting to return to participate in the College Football Playoff. Wisconsin athletic director Barry Alvarez said that Wisconsin should be ready to play, even if they don’t start practicing again until Sept. 24 as scheduled.

“[Coach Paul Chryst] and I are on the same page on this,” Alvarez told Yahoo Sports on Saturday night. “We can have our guys ready. We could have a team ready in three weeks. We feel comfortable with that.”

The fact the Big Ten got to the point where they discussed returning is remarkable. After Warren made the decision Aug. 11 and communicated the reasoning poorly immediately after, there was silence for more than a week from the Big Ten offices. Warren then said eight days later the decision wouldn’t be revisited.

Around that time, pressure began building on all sides – players, parents, coaches, athletic directors, fans, television partners and politicians. Many thought the Big Ten rushed to make a decision, especially after building a nimble schedule that would allow them to push games back and even cancel entire weeks to accommodate the COVID-19-related disruptions that appeared inherent to the season.

A month later – and a lot of waiting – the Big Ten is back on track to play.