CHRIS Packham has backed The Sun’s Show Some Bottle campaign saying it is “down to us” to solve the problems of plastic pollution.

The Springwatch presenter said we need to confront the “pretty big problem” of bottles ending up in the sea and in landfill with the same vigour that scientists held when creating a vaccine for Covid-19. 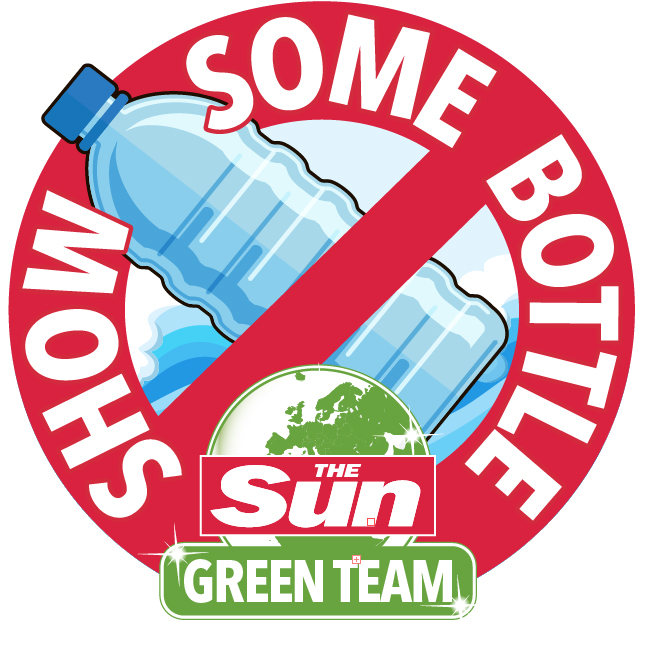 He joins the world’s biggest eco groups including Greenpeace and Friends of the Earth in supporting calls to urge ministers to bring forward plans for a plastic deposit scheme to help clean up the planet and slash our emissions.

Chris, 59, told The Sun: “The overall key thing is to recognise that you can make a difference.

“You as an individual can become part of a positive movement.

“If people are picking up a single use plastic bottle and they are thinking they have the capacity to recycle it or return it, then that’s a great thing.

“Recycling comes at a carbon cost but it is still better than throwing it in a ditch”.

“All of these things are sending out a message and when it comes to citizen involvement and the message is easily as important as the carbon result.

“People need to recognise that they can change their habits – for example buying a bottle which they can return rather than one they can’t.”

Less than half of our plastic packaging such as bottles is recycled, and as Britain steps up to host the international COP26 climate summit this November, we are calling on the Government to get on with its plans to help us recycle more.

Chris said: “Human beings are really bright and great at solving problems. We have come up with a vaccine in such a short time to confront this dreadful disease.

“We are good at the cure stuff, but not at changing our minds. We need to be able to communicate to people, as The Sun’s campaign does, to do something different and bring in this scheme.

“There is a pretty big problem here and we all need to address it collectively.

“No one person is going to fix this. It is down to us to make it happen.”

Chris Packham issued a rallying cry to the British public after shocking new research revealed seven in ten of us admit we’re not doing enough to save the planet.

Over seven in ten of us (73 per cent) admit to using more electricity during lockdown, while over a third (34 per cent) say they have had the heating on more than ever before.

The end of lockdown should be a time for the government to “take stock” and think of the meaningful ways it can help cut carbon emissions, according to Chris.

He said: “If we do want to make the future a greener – and greater – place for future generations, we do really need to start changing our behaviour today.

Join The Sun’s ‘Green Team’ & save the planet

MAKING simple everyday changes can add up to a BIG difference to the planet.

And we want you and your family to join The Sun's Green Team – our eco revolution.

It can feel overwhelming to know how to play a part in reducing greenhouse gasses, but we will be showing you the practical steps we can take to curb climate change – with the help of the global ‘Count Us In’ initiative.

And our easy measures will even help you SAVE money so your household budget goes further.

We want you to go online to sign-up to as many of our special Green Team pledges as you can manage and a special calculator will show you how much carbon you will personally save.

It won’t cost you a penny but the total you and your family will save will be added to the global ‘Count Us In’ total and the platform will support you every step of the way.

So tap here to pledge.

“It’s good that the public is being so honest about not doing enough to be environmentally friendly – but it does surprise me the figure is so high.

“Especially when it’s so easy to be green – it starts in our own homes and with our own behaviour.”

Chris Packham was speaking after new research from The National Lottery that revealed seven in ten of us admit we’re not doing enough to save the planet.