Stalker, 43, faces jail after being convicted of harassing BBC DJ Gilles Peterson and his family in terrifying two-month campaign

A woman who repeatedly screamed abuse at a BBC DJ and his family has been convicted of harassment and stalking.

It included ‘all kinds of stuff from paedophile to Hiroshima and rapist – all very extreme words that were shouted at my house’. 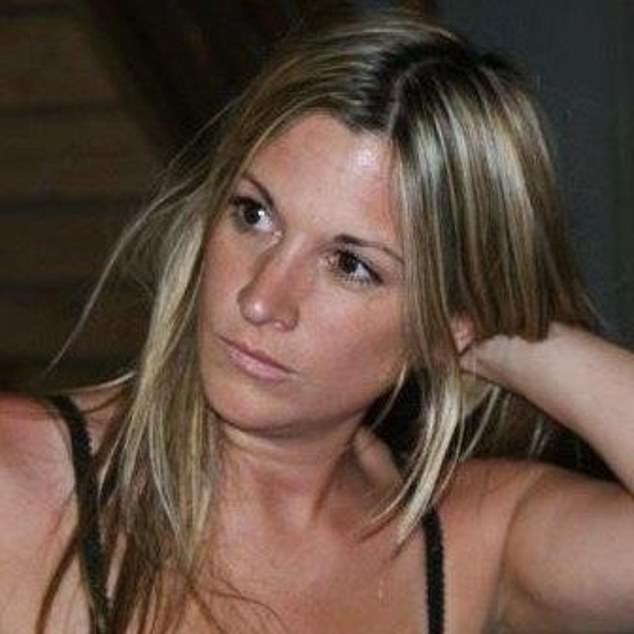 Sarah Jayne Rook (pictured), 43, has been convicted of subjecting DJ Gilles Peterson and his family to a campaign of harassment in February and March

Mr Peterson, whose real surname is Moehrle, also previously said he found a torn-up picture of himself clipped to the windscreen of his car and he had been scared by a tweet sent to him while on air reading ‘f****** kill him’.

During a barrage lasting up to 30 minutes on February 15, Rook repeatedly shouted expletives including ‘c***’ outside the family home as well as calling Mr Peterson’s wife Atsuko a ‘Hiroshima b****’.

On another occasion, Mr Peterson, whose real surname is Moehrle, said Rook had been seen shouting obscenities outside his studio and felt ‘very threatened’.

He said: ‘It was a very traumatic situation. I was concerned. It seemed to be so frantic and extreme.’

Asked whether she would give evidence, Rook told the court: ‘It’s probably a waste of an exercise, to be honest.’

However, she later provided a written statement to the court which said she was conducting a ‘freelance investigation’ regarding the history of a jazz club owner linked to author John Steinbeck.

Writing in the third person, Rook said: ‘She is unsure why Mr Peterson has embarked on this legal action but she hopes to see release to continue her book and investigative journalism.’

She was convicted of stalking Mr Peterson on Monday by District Judge Louisa Cieciora, who also found the harassment against Mrs Moehrle was racially aggravated. 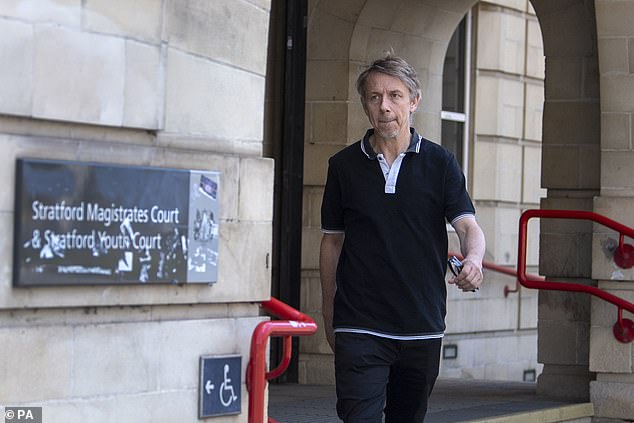 Gilles Peterson, DJ for BBC Radio 6 Music, leaves Stratford Magistrates’ Court, east London, where Rook appeared on charges of harassing and stalking him and his wife

She was also convicted of racially aggravated intentional harassment, alarm or distress against Pc Karlene Richards by calling her a ‘f****** negro’ after her arrest on March 16.

Mr Peterson’s wife told the court on Monday she had racist abuse repeatedly ‘screamed’ at her by her husband’s accused stalker at their home.

Giving evidence behind screens, Mr Peterson’s wife Atsuko said she was called a ‘Hiroshima b****’ more than 20 times in one torrent of abuse.

Mrs Moehrle said the first incident began around 10pm on February 15 after a woman knocked on the door asking for Mr Peterson.

She said: ‘I didn’t open the door because I knew there was something very wrong.

She told the court: ‘She repeatedly said ”Hiroshima b****”, she called it more than 20 times.

‘It was racist words. it was targeted towards me. She asked if I was Atsuko, so she was aware of my name too. Obviously that’s my background. I’m Japanese.

‘She was not just shouting, she was screaming, the entire street could hear it.’

The court was shown footage, recorded by the couple’s son Luc, of Rook outside the family home shouting the word ‘c***’ and yelling ‘you dirty rapist c***’ towards them. 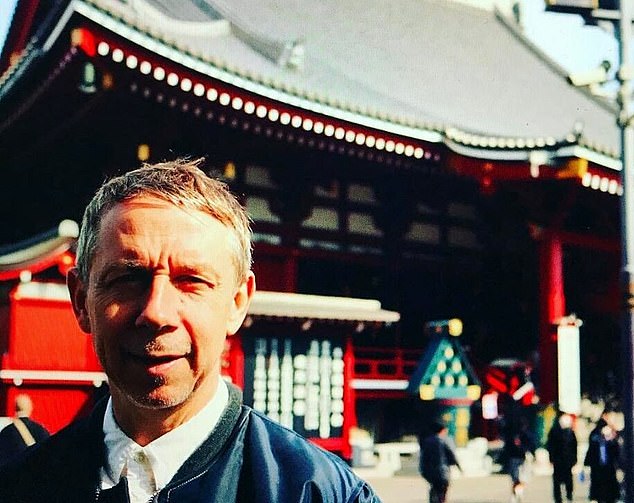 Mrs Moehrle said Rook knocked on the door of their family home again at around 5pm on March 6, pretending to be a charity worker and asking for her email address.

She said: ‘I recognised her voice straight away. It was quite a traumatic experience.’

Mrs Moehrle added Rook then tried to push her hands through the letterbox and began to scream expletives and ”open the door b****”. I tried to call the police but my hands were shaking.’

Mrs Moehrle said Rook began banging on the window, adding she was scared she might be trapped if the window broke.

The following day, Mrs Moehrle was alerted to a woman sitting on a building site opposite their family home by a neighbour.

She told the court: ‘She was sitting on the building work inside the scaffolding, it was the same person. I didn’t go close to her, I was scared.’

On March 8, Mrs Moehrle said she saw Rook trying to open Mr Peterson’s car outside their north London home before hitting it with a pole ‘three or four times’.

The Radio 6 Music DJ also told the court he was abused on Twitter while presenting his regular show, from an account in Rook’s name.

After the BBC was informed about the harassment, Mr Peterson’s security was increased so he was escorted to and from his car at the central London studio.

Rook, of Surbiton, south-west London, denied harassing Peterson and his family at their home and studios in north London.

The judge said: ‘She loitered in and around his home address, she loitered around his work address and attempted to contact him in inappropriate ways.

‘She targeted his family. She loitered in and around Mrs Moehrle’s home address and was abusive and demonstrated hostility based upon her race.’