A talented teenager who had just won himself a place at Cambridge University died after taking a sip of a Pina Colada while on holiday in the Costa del Sol, an inquest heard.

Shiv Mistry, 18, who was allergic to dairy products, was with friends at a bar in Fuengirola, Spain, when he was offered a sip of the cocktail.

He accepted as he was unaware that the pineapple drink had been made by a barman using cow’s milk cream instead of coconut cream.

Shiv, who was due to start a degree in medicine, immediately suffered an anaphylactic shock and collapsed in moments.

He died despite the efforts of his friends to save his life, the Buckinghamshire coroner heard. 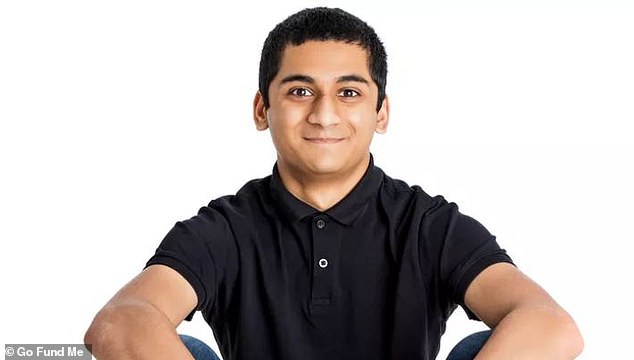 Shiv Mistry, 18, who was allergic to dairy products, died after drinking a sip from a Pina Colada cocktail – he was not aware it contained cow’s milk instead of coconut cream 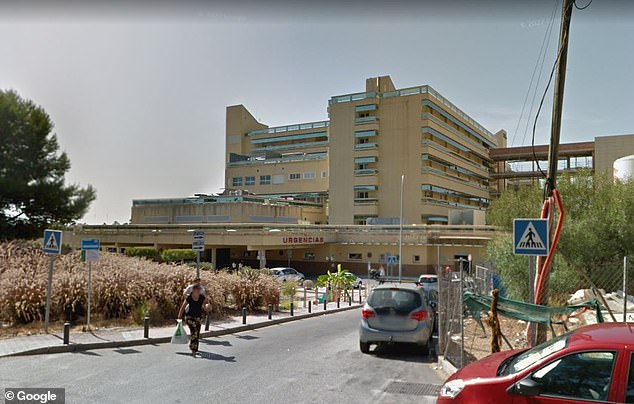 An inquest into the teen’s death heard how he was taken by air ambulance to the Costa Del Sol Hospital in Marbella, Spain, where he was rushed into intensive care (stock image)

Shiv’s parents, from Amersham, Bucks., were present at the inquest in Beaconsfield and heard how his school friends desperately fought to keep their son alive.

Assistant coroner Ian Wade QC read a statement from the parents which said: ‘We, Shiv’s parents, do not lay any blame on Shiv’s friends who were very courageous and did everything possible to save his life and should be commended during the hearing, if appropriate.

‘Shiv was out with friends in a local pub in Fuengirola, Spain, near their apartment.

‘He had a sip of Pina Colada and it transpired that the coconut cream was replaced with cream.

‘He wasn’t drinking as such – he had taken a sip of a friend’s drink and passed it on to others.

‘He recognised immediately that he had consumed something with milk and he made his way back to the apartment. He was sweaty, hyperventilating and took cetirizine, a powerful antihistamine.

‘He went to the bathroom to vomit. He was weak and dazed and requested a friend to call the emergency services.

‘He then requested an EpiPen and an inhaler. His other friends arrived and one left to guide emergency services to the room.’

Mr Wade continued: ‘Each gasp was longer apart until his breathing stopped. They gave him CPR for 20 minutes and someone called his parents on WhatsApp to tell them what had happened.

‘They said to apply a second EpiPen. Emergency services arrived and they used a defibrillator.’ 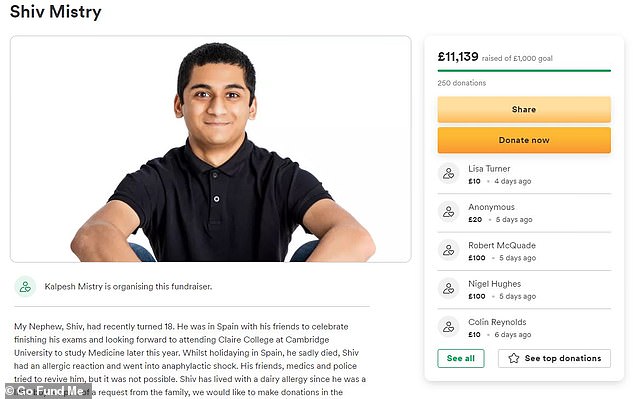 The family has set up a gofundme page and raised more than £11,000 in donations to Anaphylaxis UK alongside funding the development of an app for allergy sufferers

The inquest heard how the teenager was taken by air ambulance to the Costa Del Sol Hospital in Marbella, Spain, where he was rushed into intensive care.

Despite the best efforts of the doctors, he was pronounced brain stem dead on July 8.

A cause of death, issued by the Spanish doctors, was listed as anaphylactic shock.

The coroner also read out a series of GP documents, confirming that Shiv was aware of his cow’s milk allergy and had taken care to avoid any exposure to traces of milk and dairy products throughout his life.

Concluding the inquest, he said: ‘Shiv was a man, or boy, who knew he had to take care of himself and did take care because he suffered from a dangerous allergy to cow’s milk.

‘He was invited to take a sip of Pina Colada, a drink which should not have cow’s milk in it. Unbeknownst to Shiv, it was inappropriately made with cow’s milk.

‘He realised he was in peril and he was given EpiPens. He was given immediate attention by friends who raised the alarm.

‘Police attended relatively quickly and they knew what they were doing. He was given CPR and rushed to Costa Del Sol Hospital, Marbella, but he could not be revived.

‘He passed away after he was effectively brain stem dead. 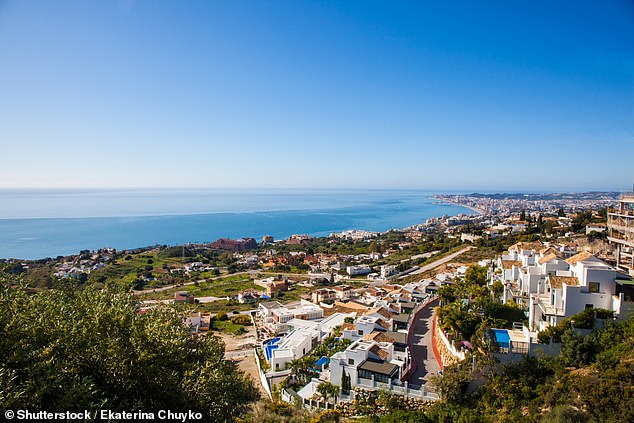 Shiv was away with friends in Fuengirola, Spain (pictured) before he was due to start a medical degree at Cambridge University (stock photo)

‘The anaphylactic shock was in reaction to the unexpected cow’s milk in the otherwise completely safe Pina Colada. It was unexpected and unintended after trying what should have been an otherwise harmless drink.’

Drawing the inquest to a close, the coroner gave the cause of death as an accident.

Judgish Mistry, Shiv’s father, said after the hearing: ‘There should be more education given to this age group, as they are inexperienced and going out on their own.

‘Shiv was lucky, he had friends who were medically aware and could apply CPR – however, there will be young people going on holiday with friends with no medical knowledge at all.

‘Schools should give medical training to anyone who has a friend that suffers from a life-threatening allergy. What we’re trying to do is make more people aware that this can happen, especially amongst this age group who just want to be like their friends.

‘Shiv was extremely talented. He was going to study medicine and we received a letter from Clare College at Cambridge University with their condolences.

‘I think his entire school year group turned up at the funeral. Shiv was popular at school because he would help anyone who needed it. He was selfless. We have letters from all the people who he helped in his school.’

Following the teenager’s tragic death in July, the family has raised more than £11,000 in donations to Anaphylaxis UK alongside funding the development of an app for allergy sufferers, which the family hope will be made standard practice when sufferers are diagnosed.

The gofundme page, set up by Kalpesh Mistry, reads: ‘My Nephew, Shiv, had recently turned 18. He was in Spain with his friends to celebrate finishing his exams and looking forward to attending Claire College at Cambridge University to study Medicine later this year.

‘Whilst holidaying in Spain, he sadly died, Shiv had an allergic reaction and went into anaphylactic shock. His friends, medics and police tried to revive him, but it was not possible.

‘Shiv has lived with a dairy allergy since he was a little boy. As part of a request from the family, we would like to make donations in the memory of Shiv. Donations will be spilt some going to Anaphylaxis UK and to other worthwhile endeavours which will also aid people that have allergies and anaphylaxis by proactively using mobile and other technology.’