The SAGE files: One in 20 Covid-19 patients is infectious after 14 days, a fifth of swabs might be inaccurate and opening schools could cause R to soar above 1, latest batch of scientific papers show

As many as one in 20 Covid-19 hospital patients remain infectious after two weeks, according to secret advice papers published today.

SAGE scientists warned the Government on May 28 that around 5 per cent of very unwell virus patients, mostly elderly people, can infect others for up to 20 days.

They said this poses a ‘risk for onwards transmission to carers’, care home workers and family members who may then go and pass the disease onto others.

Currently Britons with the disease are told to self-isolate for a maximum of 14 days, as that’s when the virus clears in most people.

One of the scientific reports presented to ministers earlier this month also revealed the Government’s top experts still don’t know how accurate Covid-19 swab tests are.

SAGE experts admitted there was a dearth of research looking into how often the swabs – considered the gold standard of Covid testing – give false negatives.

A review of previous studies on the PCR tests suggest one in five infected people get a faulty result, despite having experienced three days of symptoms.

The Government was also warned that without a test and trace system that caught 80 per cent of cases within 48 hours, opening schools would cause the reproduction ‘R’ number to soar.

Some 31 documents were today published by the Government Office for Science, which is headed by Sir Patrick Vallance, England’s chief scientific adviser.

The SAGE papers are being released in a bid to show greater transparency from the Government.

They are among dozens in a tranche of papers presented to SAGE, the Government’s Scientific Advisory Group for Emergencies, over recent months to help guide ministers through the crisis.

And the reports detail all the scientific advice which is being presented to decision-making officials who dictate when and how the country moves out of lockdown. 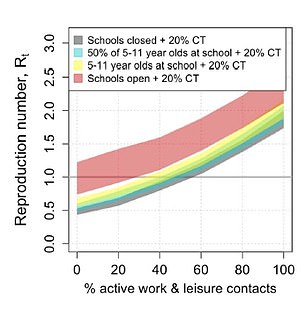 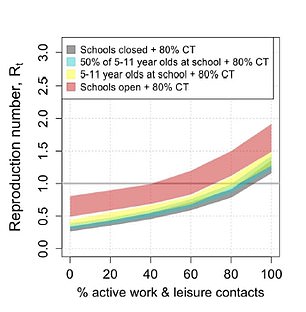 One in 20 hospitalised patients may be infectious beyond 14 days

About 5 per cent of patients ill enough with coronavirus to be admitted to hospital are contagious to others after two weeks, two separate SAGE reports found.

Two teams of Government scientists submitted papers to ministers on May 28 warning some sufferers had high enough viral load to infect others for 20 days.

They reviewed the available evidence from around the world looking into viral load in hospitalised patients with the disease, as well as new UK research on British patients.

The team of virologists and infectious disease experts – which included Professor Peter Horby, an epidemiologist from Oxford University – found most people are not infectious 12 days after symptoms started. 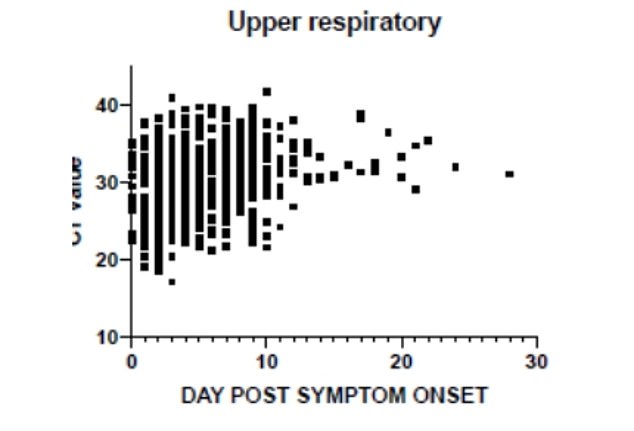 ‘However, a very small minority of hospitalised individuals might remain infectious until day 20’, they write, adding that many of these patients will be elderly.

They warned that this finding poses a ‘risk for onwards transmission to carers’, care home workers and family members who may then go and pass the disease onto others.

The scientists recommended that people working in high risk areas like care homes, as well as care home residents themselves, be given swab and antibody tests after recovering from the virus before returning.

A high level of antibodies in the blood ‘is likely to correlate with a low probability of infectiousness’, the researchers say.

The swab tests currently being used in the UK to diagnose coronavirus can miss infected people up to a fifth of the time, accoring to a paper submitted to ministers this month.

The UK’s Covid-19 testing programme uses a network of laboratories to detect SARS-CoV-2 in nasopharyngeal swabs, which take samples from the throat and nose.

SAGE researchers said these swabs – the gold standard of testing currently- are 95 per cent sensitive and specific.

This means that, under laboratory settings, they are correct more than nine times out of 10.

Ministers must tailor health messages to people from BAME groups

The Government has been told that coronavirus health messages tailored specifically for different ethnic groups are ‘particularly important’.

Ministers were recommended to give people from BAME backgrounds – who are disproportionately affected by the virus – extra advice on how to stay safe during the crisis.

The advice is outlined in a summary of a discussion on ethnicity and Covid-19 risk, endorsed SAGE on June 4.

The Sage summary said: ‘Work was discussed that highlighted the importance of faith practices, differences in patterns of healthcare usage, willingness of communities to engage with prevention, and other factors such as access to outdoor space.

Two reports have been published by Public Health England (PHE) in recent weeks which suggested BAME communities are dying from Covid-19 at greater rates than people in white ethnic groups.

The earlier findings from PHE said that people of Bangladeshi heritage were dying at around twice the rate of white Britons.

It also found that other minority ethnic groups were at up to 50 per cent higher risk of dying.

The second report pointed to a raft of recommendations from stakeholders, including the need to develop ‘occupational risk assessment tools that can be employed in a variety of occupational settings and used to reduce the risk of employee’s exposure to and acquisition of Covid-19’.

This is especially true for BAME workers in health and social care and on the front line in occupations that put them at higher risk, it said.