THIS map shows the ten Covid hotspots most at risk of being plunged into Tier 4 lockdown.

Millions could be moved into the strictest restrictions after a tier review this week as rates rise. 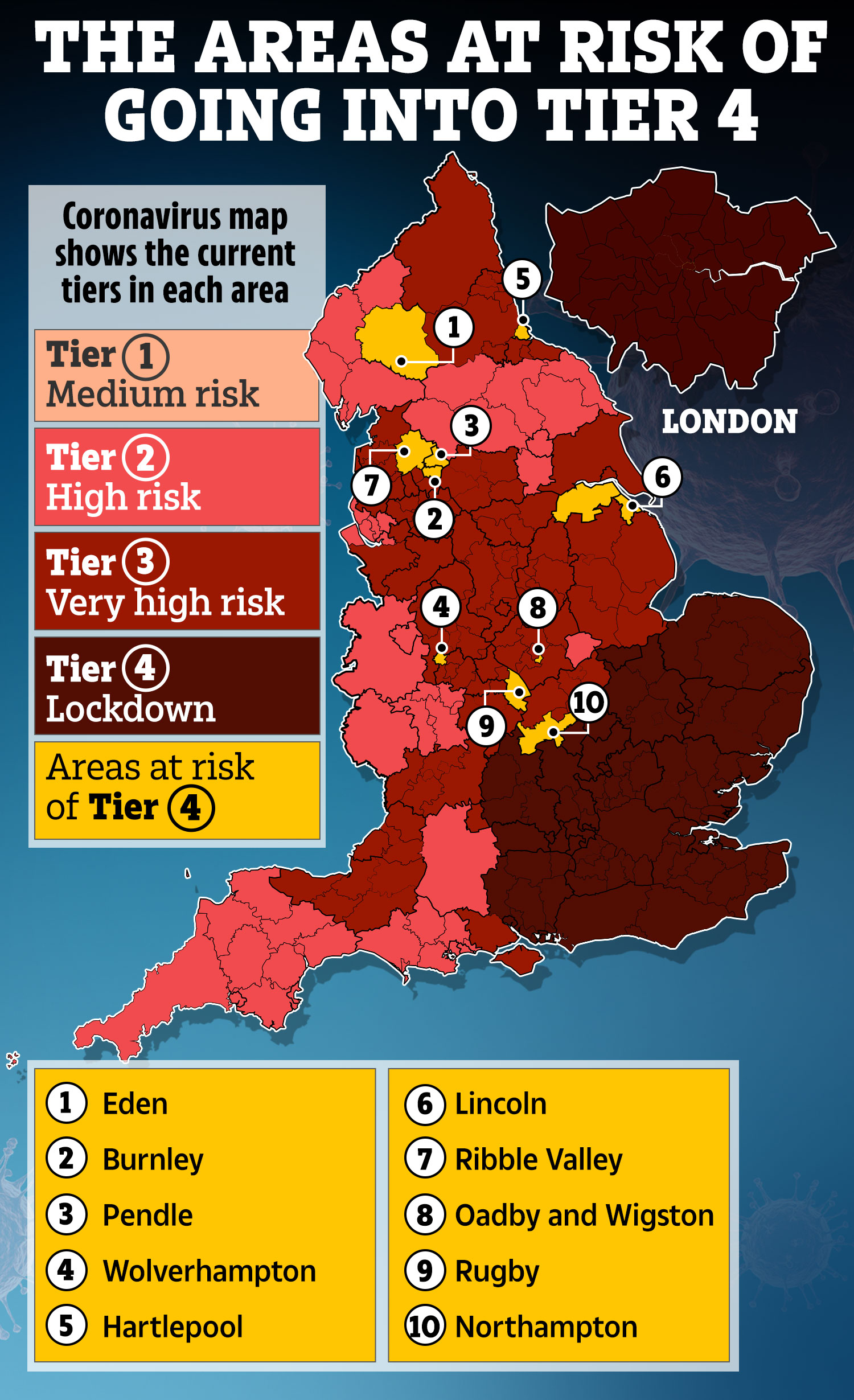 Eden in Cumbria has seen a sharp rise in cases in the days running up to December 23, which makes up the latest official data.

It is currently in Tier 2 but stands a good chance of being moved straight into Tier 4.

Burnley has the second highest rate of infection outside of a Tier 4 area.

It is already in Tier 3, and with 488.1 cases per 100,000 people living there, it could be plunged into the strictest restrictions.

A review to decide whether more areas will be moved into the harshest tier is expected on December 30, as the new highly infectious variant of coronavirus spreads across the UK and the world.

More than six million people in east and south-east England went into the highest level of restrictions on Saturday, which now affects 24 million people representing 43 per cent of the population.

Where could go into Tier 4? 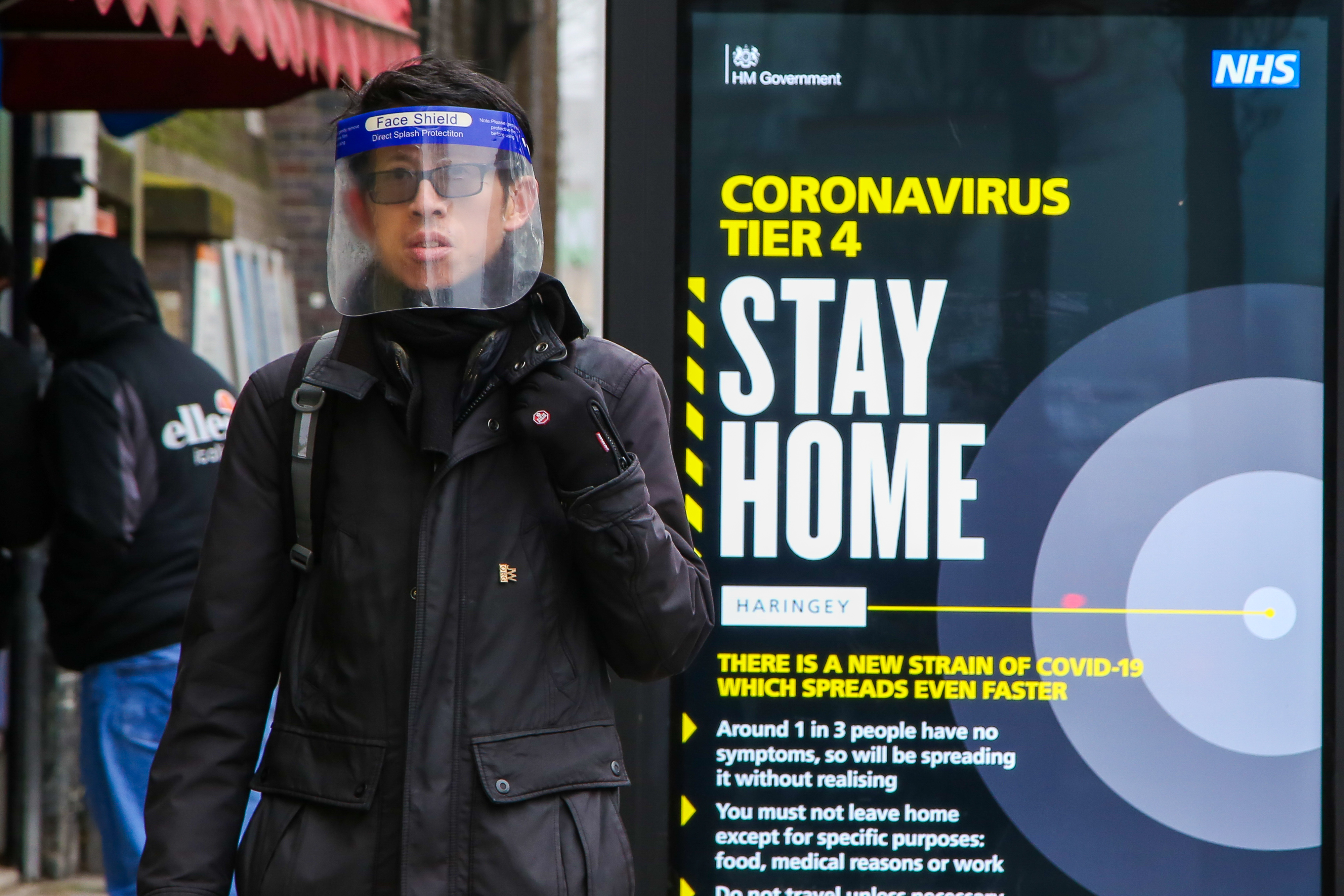 Cabinet Office Minister Michael Gove has not ruled out the whole country being moved into Tier 4 or national lockdown-style restrictions.

He told BBC Breakfast: "The Joint Biosecurity Centre (JBC) will be making a recommendation to ministers, but I can't pre-empt that because it obviously has to be a judgement based on the medical situation.

"But as you quite rightly point out the NHS is under pressure and these are difficult months ahead."

Lockdown measures are also in place across the other three home nations, after mainland Scotland entered Level 4 restrictions from Saturday for three weeks.

A similar stay-at-home order is also in place in Wales, and Northern Ireland has also entered a new six-week lockdown.

It comes as a Government scientist warned the UK is unlikely to achieve herd immunity through a Covid-19 vaccination programme before the summer.

Calum Semple, professor of outbreak medicine at the University of Liverpool and a member of Sage said: "To get the wider community herd immunity from vaccination rather than through natural infection will take probably 70 per cent to 80 per cent of the population to be vaccinated, and that, I'm afraid, is going to take us right into the summer I expect."

It comes as hospitals in the South face a rise in pressure as the number of coronavirus patients receiving treatment heads towards the April peak.

Paramedics in the capital are receiving almost 8,000 callouts daily, and Boxing Day was described as one of London Ambulance Service's "busiest ever days".

The 7,918 calls received by London Ambulance Service (LAS) on December 26 was up more than 2,500 on the 5,217 received on the same day last year, and medics are receiving support from other ambulance services in the South.