A toxin in native plants eaten by grazing animals before they were butchered is believed to have contaminated raw pet food, killing at least 14 dogs and hospitalising 30 more across Victoria.

An investigation by Agriculture Victoria and government meat regulator PrimeSafe of a recent cluster of dogs with liver disease has identified the toxin indospicine, which is found across Australia in native plants of the Indigofera species, as the cause of organ failure. 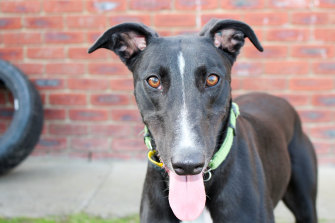 Penny was put down last week after eating contaminated meat

The dogs all ate raw meat from the Maffra Knackery in Gippsland, which distributes its products across the state.

“Dogs are especially sensitive to this toxin,” the regulators said in a joint statement. “This is a positive step in the progress of the investigation and provides some answers to affected and concerned dog owners.”

It’s not known if the recent floods in Gippsland led to an abundance of the native plant. The toxin can build up in animals as they graze and is then passed onto dogs when they eat their meat.

There have been no previous reports of indospicine toxicity in Victoria but it has been detected in northern Australia, where dogs have died after eating contaminated camel meat.

The regulators said there was still no conclusive evidence of how the dogs ate the toxin, but pet food remained a primary focus. While the potentially contaminated Maffra Knackery meat was sold as raw beef, it is not yet known exactly what species it contained and which animals had been grazing on the native plant.

The sick and deceased dogs were predominantly based in the Bairnsdale, Traralgon and Frankston areas and, according to Agriculture Victoria, were all young, healthy and vaccinated.

“This complex investigation is ongoing with multiple lines of inquiry across the pet meat supply chain and testing continuing at laboratories across Australia,” a spokeswoman said.

On Tuesday, nine days after a request from PrimeSafe, Maffra District Knackery, which also trades as Backmans Meats and Backmans Greyhound Supplies, issued a public voluntary recall of its raw, chopped meat.

Knackery co-owner Karen Backman urged customers to return meat purchased between May 31 and July 3 for a refund or replacement. The meat was labelled Backman’s Greyhound Supplies Chopped and Maffra Knackery Chopped. 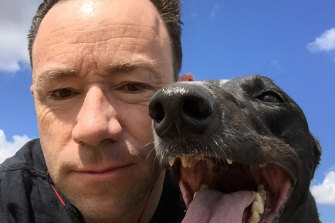 David Lamoureux and his greyhound Emma

“We are stressed and saddened by the cluster of dogs suffering from liver disease and are doing everything we can do to help,” she said in a statement.

“We have been tirelessly co-operating with PrimeSafe and Agriculture Victoria to find the cause of this disease.”

Agriculture Victoria had previously issued a statewide alert for raw pet meat sourced from Gippsland between these dates – but had not named the supplier.

David Lamoureux had to put down his beloved greyhounds Emma and Penny last week when they fell ill after eating food sourced from the knackery, which he had purchased from a pet shop in Lynbrook in Melbourne’s south-east.

“It feels like you have lost a family member,” he said. “You don’t see it coming, the sheer suddenness of losing two healthy pets. It is quite devastating.”

Mr Lamoureux and his wife Helen noticed something was wrong when their dogs stopped eating on July 9.

They took their pets to the local vet and animal hospital but their health continued to decline.

Vets took blood samples and told the couple their dogs were suffering from liver disease and had some of the highest levels of bilirubin – created during the breakdown of red blood cells – they had ever seen.

The dogs were lethargic, incredibly thirsty, vomiting and towards the end, one began having seizures.

Within three days, the couple made the agonising decision to euthanise their pets.

Mr Lamoureux said while it was pleasing to know what had led to his dogs’ deaths, the pet food industry needed to be better regulated.

“You can’t bring the dogs back but what can we do to make sure this doesn’t happen again? There should be a way to pick this up a bit sooner,” he said.

The situation has sparked calls for an overhaul of Australia’s pet food regulations, with pet owners surprised to discover that PrimeSafe does not have the power to force businesses to recall products and can only ask them to do so voluntarily.