DONALD Trump has accused Twitter of "illegally" promoting trends which portray him in a bad light.

The president, who is locked in a growing feud with the social media platform, said it looked "for anything they can find, make it as bad as possible, and blow it up". 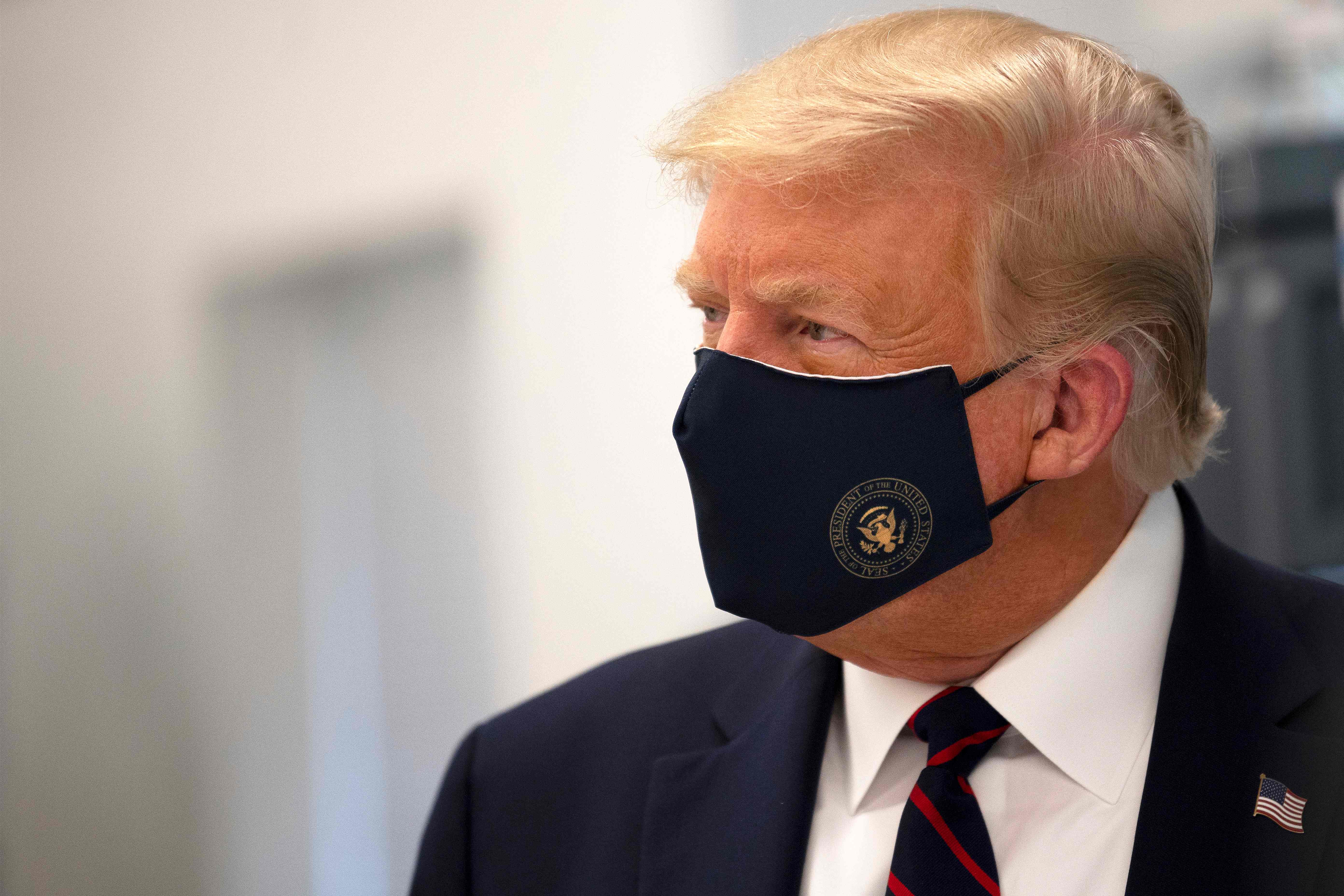 In May, Twitter put warnings and fact checks on two of the president's posts about mail-in voting, saying the tweets contained "potentially misleading information".

Reacting to this, Trump threatened to "close down' social media outlets he claims are "silencing conservative voices".

Now with hashtags trending such as #TrumpleThinSkin and #ThePresidentIsACrybaby, the president turned his fire on "unfair" Twitter.

He tweeted: "So disgusting to watch Twitter's so-called 'Trending', where sooo many trends are about me, and never a good one.

"They look for anything they can find, make it as bad as possible, and blow it up, trying to make it trend.

Twitter's website states that "trends are determined by an algorithm and, by default, are tailored for you based on who you follow, your interests, and your location."

In recent months it has clamped down on those spewing hate speech and fake claims.

Trump is the second most followed politician with 84.2 million followers, behind Barack Obama. 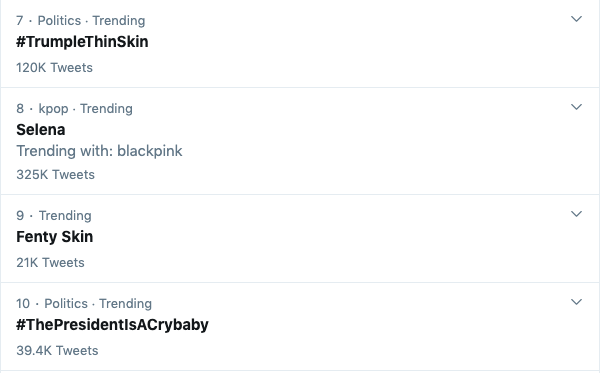 His spat with Twitter boiled over in May when it took the unprecedented step of prompting readers to check facts in tweets sent by the outspoken Republican leader, warning his claims about mail-in ballots were false and had been debunked by fact checkers.

The blue exclamation mark notification prompted readers to "get the facts about mail-in ballots."

Users were then directed to a page with news articles and information on the topic aggregated by Twitter staffers.

A headline at the top of the page stated: "Trump makes unsubstantiated claim that mail-in ballots will lead to voter fraud."

That title was followed by a "what you need to know" section correcting three allegedly false or misleading claims made in the tweets.

Twitter confirmed this was the first time it had applied a fact-checking label to a tweet by the president.

Furious, Trump fired off a series of tweets, saying: "Republicans feel that Social Media Platforms totally silence conservatives voices. We will strongly regulate, or close them down, before we can ever allow this to happen."

"We saw what they attempted to do, and failed, in 2016. We can’t let a more sophisticated version of that happen again."

"Just like we can’t let large scale Mail-In Ballots take root in our Country. It would be a free for all on cheating, forgery and the theft of Ballots."

"Whoever cheated the most would win. Likewise, Social Media. Clean up your act, NOW!!!!"

Later, he added: "Twitter has now shown that everything we have been saying about them (and their compatriots) is correct. Big action to follow!"

In another instance, the social media network slapped a "glorifying violence" label on a Trump tweet threatening violent demonstrators protesting George Floyd's death with being shot.

This law protects social media companies from being sued for content posted by users on their platforms, especially Twitter.