PRESIDENT Donald Trump has announced two more rallies this week despite potentially being contagious with Covid-19. 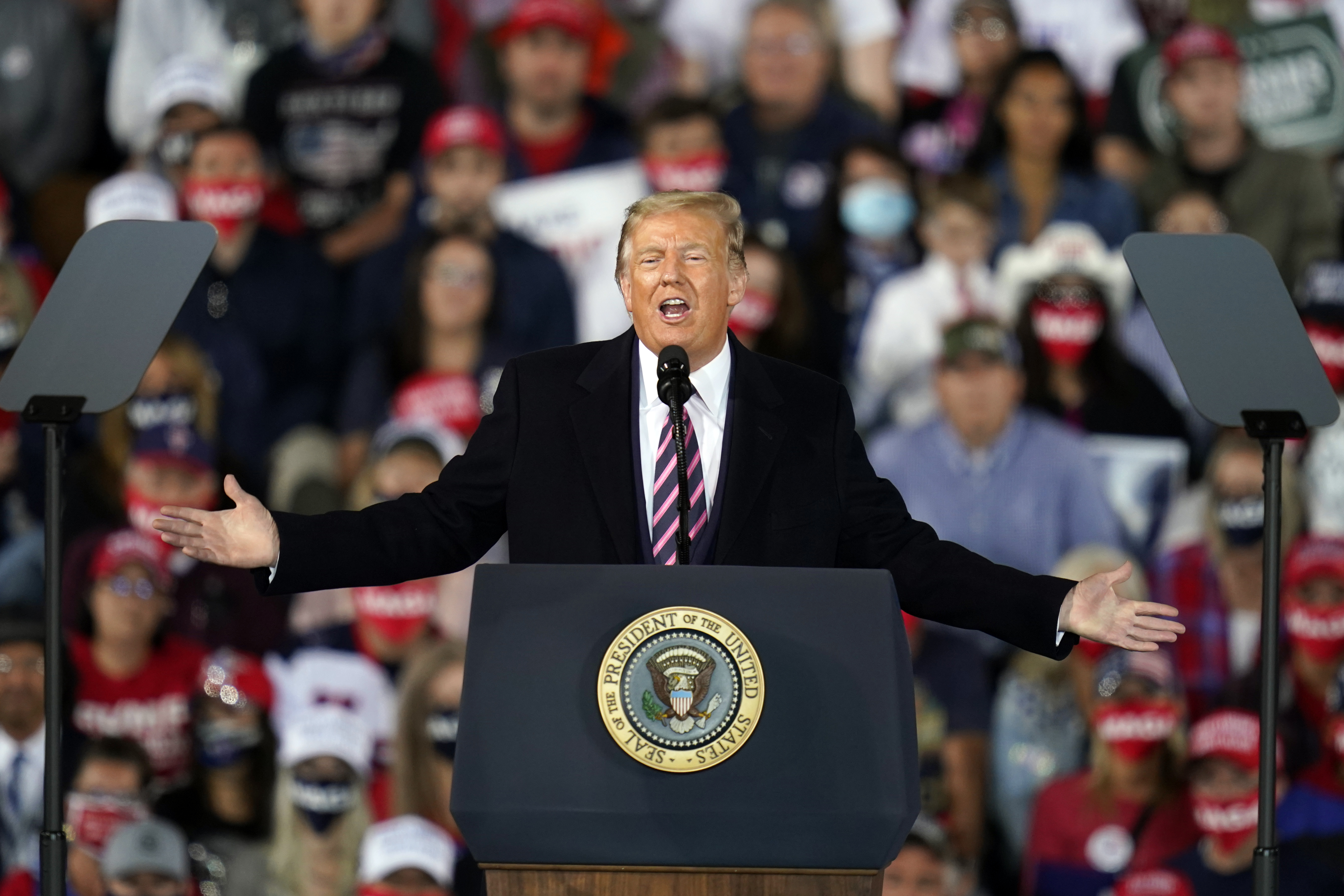 The president said he is no longer taking steroids and feels "really good" but admitted he has not yet tested negative for Covid-19.

On Thursday the Republican President said he was going to be tested the following day after seemingly making a rapid recovery from the potentially lethal virus.

When questioned about the results of the test, he said: “I have been retested. I haven't even found out numbers or anything yet.

“I know I'm either at the bottom of the scale or free.”

He said he did not know when his next test would be, adding that it was "probably tomorrow… they test every couple of days."

It is not clear though when the interview was taped by a White House film crew.

The second debate between Donald Trump and Joe Biden was also canceled on Friday after the president vowed he wouldn't take part in a virtual event.

I have been retested. I haven't even found out numbers or anything yet.

The Commission on Presidential Debates, which organizes the showdowns, scrapped the event planned for next Thursday as the president battles coronavirus.

The nonpartisan debate commission confirmed on Friday that it wouldn't reverse its decision on the virtual October 15 showdown between Biden and Trump.

Citing several health concerns, the group said it wouldn't have the candidates on stage together to answer questions from voters.

President Trump had on Thursday ruled out taking part in a virtual debate – touted as a workaround while he recovers from Covid-19 – declaring it "unacceptable" and a "waste of time".

The Biden campaign had initially agreed to a virtual event but will now participate in a town hall hosted by ABC News after Trump pulled out.

"Vice President Biden looks forward to making his case to the American people about how to overcome this pandemic, restore American leadership and our alliances in the world, and bring the American people together," Biden campaign spokesman Andrew Bates told CNN on Friday in a statement.

"It's shameful that Donald Trump ducked the only debate in which the voters get to ask the questions — but it's no surprise."