A further 1,946 new cases were confirmed, meaning 4,423,796 have now tested positive for the bug since the start of the pandemic. 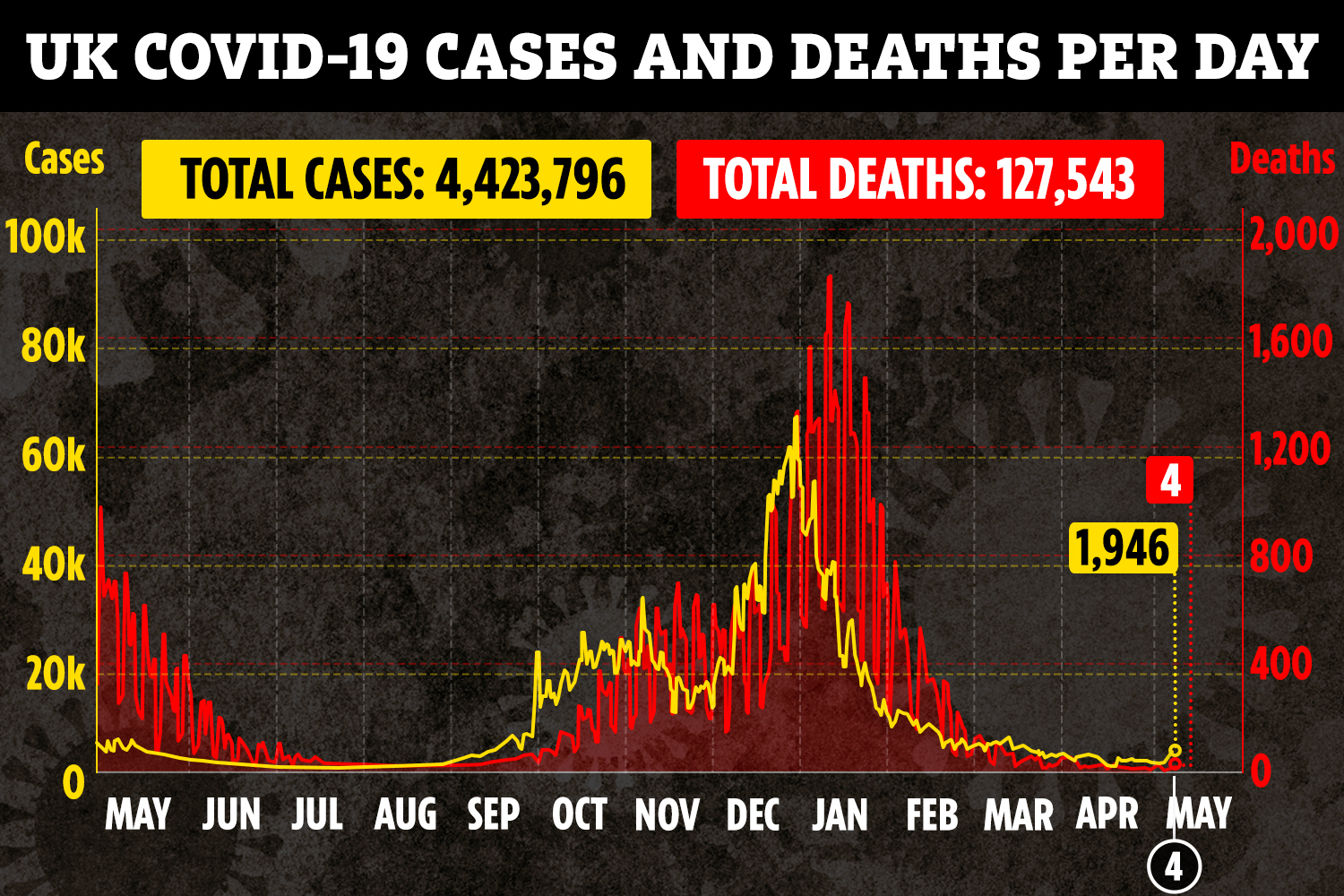 A total of 127,543 Covid deaths have now been recorded in the UK overall.

It comes after a single Covid death was reported on Monday, which represented the lowest daily toll since last August.

The last time the figure was so low was on August 30 last year, meaning today's rise in deaths is the second lowest number in eight months.

Last Tuesday, 17 fatalities were reported in Britain, after 33 were recorded on the same day the week before.

It appears to show the vaccine programme is working, with less serious illnesses resulting in less deaths.

It comes as the threat of a third Covid wave diminishes – but new variants still pose a major threat, an expert warned today.

Vaccines have been given to millions of Brits to stop the spread of the virus but it's not yet known how much protection they give when it comes to new variants.

There are currently nine coronavirus variants that are under investigation in the UK, with four others being dubbed as "variants of concern".

Imperial College London's Professor Neil Ferguson, who advises the Government and was previously dubbed 'Professor Lockdown', said the risk of vaccines being less effective in the face of variants was "the major concern" that could still lead to a "very major third wave in the autumn".

Speaking on BBC Radio 4's Today programme he said that cases, hospitalisations and deaths are still falling in the UK. 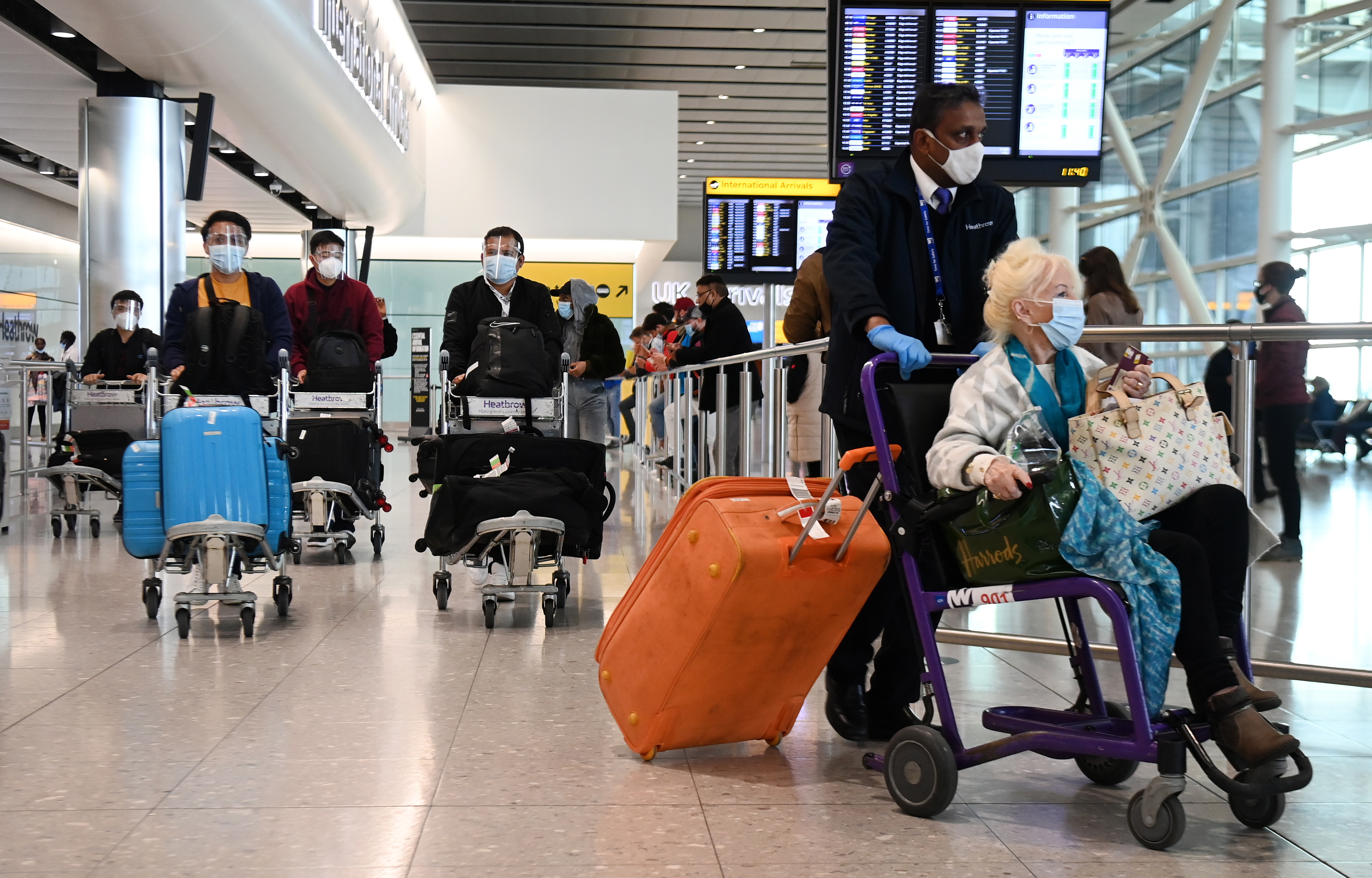 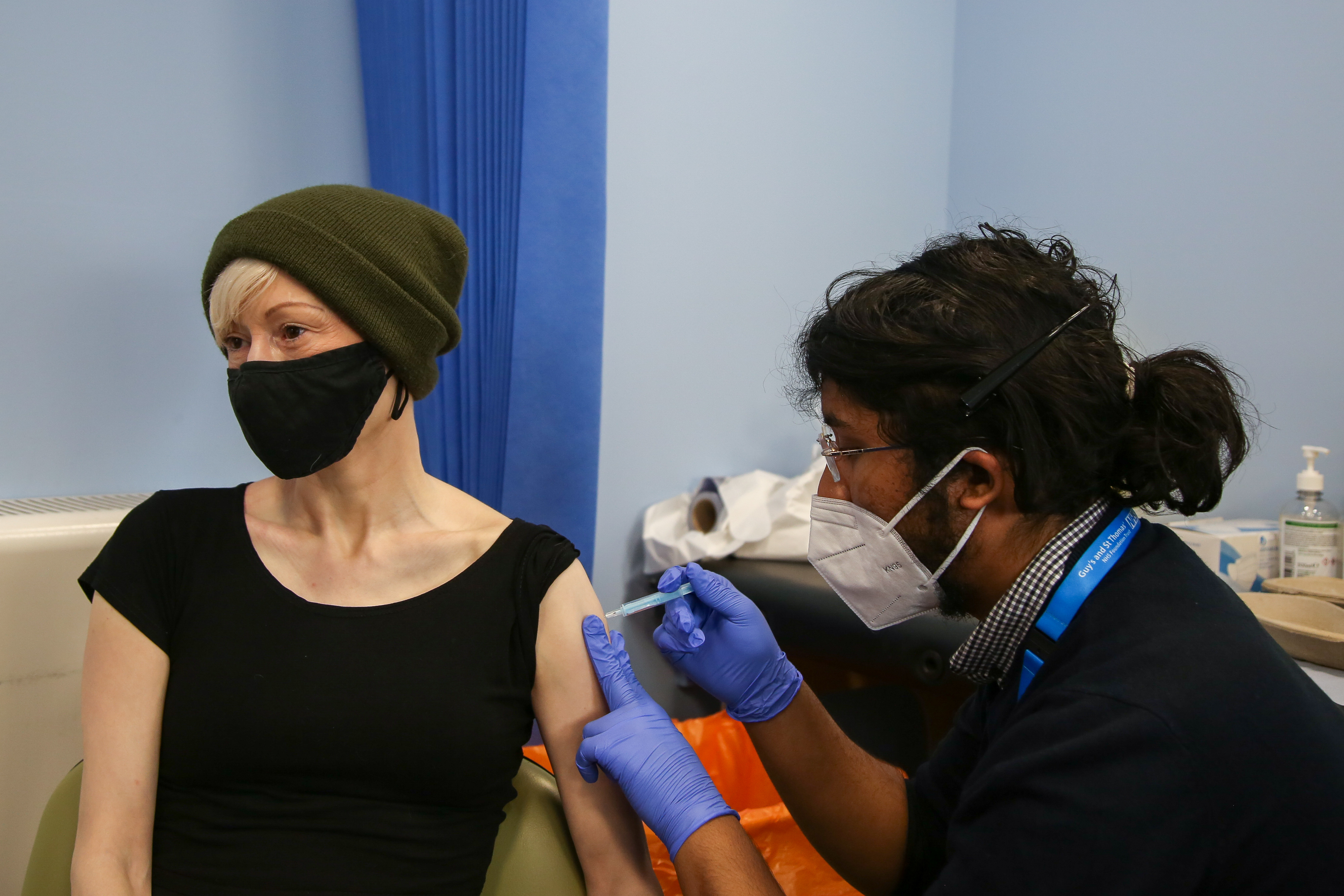 "If we are going to see another wave of transmission that's where it would take place, but the new data on vaccines coming out is evermore encouraging.

"Particularly the data that was released about the fact that even if you do get infected if you've been vaccinated then you are less infectious."

He said it was "much better to be vaccinating people than shutting down the whole of society", adding he was "feeling fairly optimistic that we will be not completely back to normal, but something which feels a lot more normal by the summer".

It comes just weeks before the next stage in the roadmap out of lockdown – when people in England will be able to mix indoors as a group of six.

And Boris Johnson is set to reveal the travel 'green' list on Friday, spelling out where Brits will be allowed to holiday abroad from May 17.

The government is reviewing its traffic light system, with plans to reveal the final decision by the end of the week.

She said in an interview with Sky News: "We won't have much longer to wait to get the full announcement from the travel taskforce.

"I would suggest that people wait for that."