Indonesian girls and women have frequently been ordered to wear Muslim dress regardless of their religion in what has been described as a breach of their human rights.

A report produced by advocacy organisation Human Rights Watch examines discrimination confronted by girls who under local government regulations have been required to wear the hijab at school against their wishes and by women in the public service who risk losing their jobs if they do not comply with demands about their clothing. 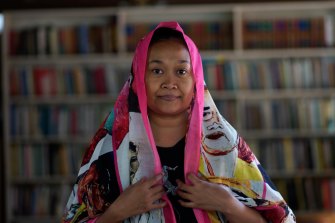 The subsequent ruling called on local governments and school principals to remove compulsory dress regulations by March 5 and warned government funding could be withheld if those orders were not followed by March 25.

But Human Rights Watch is concerned that the ban only applies to state schools and does not include the semi-autonomous Aceh province on the island of Sumatra, which is governed under Sharia law.

The organisation has urged Indonesia to properly enforce the banning of compulsory religious dress codes for women and girls in the world’s largest Muslim-majority country.

“Indonesian regulations and policies have long forced discriminatory dress codes on women and girls in schools and government offices that violate their right to freedom from coercion to adopt a religious belief,” said Human Rights Watch Australia director Elaine Pearson.

The ban on Muslim head scarfs in countries such as France and Switzerland also violated the religious freedom of Muslim women, she said.

Pearson said Human Rights Watch did not oppose the hijab, only its compulsory use.

But she said that enforcing religious dress codes is “part of a broader attack by conservative religious forces on gender equality and the ability of women and girls to exercise their rights to an education, a livelihood, and social benefits”.

The dress code for elementary schools in Indonesia, released in 2014.Credit:Human Rights Watch

While the vast majority of Indonesia’s 270 million people are Muslim, the country officially recognises six religions.

Human Rights Watch said that since 2001, more than 60 Muslim dress code orders had been issued by local and provincial governments and that in most of the country’s 300,000 state schools girls had to wear the hijab from primary school.

Academic and painter Dewi Candraningrum told researchers she was pressured to wear Muslim attire at her workplace.

“My colleagues used to pressure me or threaten me, hoping to get me fired [if I didn’t wear the hijab],” she said.

The report includes personal testimony from a former student from a vocational state school in Bandar Lampung, Sumatra, who at the age of 16 in 2017 was summoned by teachers after repeatedly taking off her hijab.

“I tried to challenge them: Is this a state school or an Islamic madrasah?” she told Human Rights Watch.

“A senior teacher walked towards me and roughly held my face. She told me she wished I would die in the next three months if I fabricated a story about being threatened by the teachers.”

Indonesia’s former Minister of Education and Culture Mohammad Nuh, who in 2014 oversaw the development of a national state school uniform, told the researchers he never intended the Muslim uniform to be made compulsory for all.

“I wrote that regulation. But it is not mandatory,” he said.