The era of ever rising pay packets for Australian university leaders has come to a halt, another casualty of COVID-19 and an estimated $1.8 billion downturn in higher education revenue.

Most Victorian university vice-chancellors either took a pay cut or donated their salary increases to student hardship funds in 2020, although the three highest-paid university heads were still on total salary packages of more than $1 million. 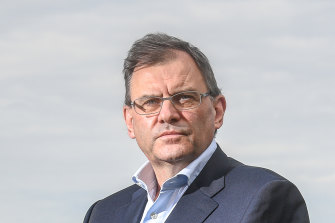 University of Melbourne vice-chancellor Duncan Maskell was the state’s highest paid vice-chancellor last year thanks to an official remuneration package of just over $1.5 million.

He is poised to potentially receive the largest remuneration package in the country from next month when former ABC executive Mark Scott begins at the University of Sydney on $500,000 less than his predecessor, Michael Spence, who was paid $1.53 million last year.

However, Processor Maskell’s salary also includes an off-campus residence that accounts for $331,000 of his full remuneration. He also took a 20 per cent pay cut for six months last year.

A spokesperson for the University of Melbourne said the gross remuneration figure published in the university’s annual report did not take into account the pay cut he and other senior executives took for six months.

RMIT vice-chancellor Martin Bean – who is due to resign this month – took a small pay cut of about $10,000 and received a remuneration package of $1.1 million. 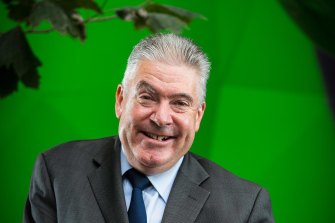 RMIT University vice-chancellor Martin Bean, who is due to resign this month. Credit:Photo: Chris Hopkins

The university, which has not yet announced Professor Bean’s successor, posted a $55.93 million deficit last year, putting it among the universities worst hit by Australia’s border closures, which have severely disrupted the nation’s $40 billion international student market.

Elsewhere, Deakin University vice-chancellor Iain Martin was paid $940,000, former Swinburne vice-chancellor Linda Kristjanson received $890,000 including an exit package upon leaving in August and La Trobe vice-chancellor John Dewar took a pay cut of more than $100,000, his salary dropping from $970,000 to $850,000.

Former Victoria University vice-chancellor Peter Dawkins, who stepped down this year, received a pay rise of more than $100,000 and had a full salary of $849,000 last year, but he also donated his increase to a fund for students in hardship.

Professor Tom Smith, who heads the department of applied finance at Macquarie University, said vice-chancellors’ salaries had been inappropriately benchmarked against government department and corporate chief executives since the 1980s.

“But the big difference is, if the CEOs of big companies are doing a good job strategically and bringing in billions of dollars, then shareholders are happy if they get a couple of million,” Professor Smith said.

“But unfortunately as we’ve seen in this crisis, the vice-chancellors have really come up with nothing. There is no real strategic option other than to put their hand out to government every week, asking for a bailout.”

Professor Smith said Australian vice-chancellors should be benchmarked against leaders at leading British and US universities, who are paid less. For example, the vice-chancellor of Oxford University – which was ranked second in the QS World University rankings this week – was paid total remuneration of $A835,000 in 2019-20.

In this context, their remuneration packages were modest compared with many corporate chief executives, he said.

“Governments have required universities to raise much more money themselves and so universities have really had to be run much more like entrepreneurial businesses in the last decade, with the government cheering from the sidelines,” Professor Larkins said.

But he said downward pressure would continue to be applied on vice-chancellors’ pay packets in the next few years while revenues remain lower and the sector battles to rebuild its international student markets.