Firefighters are battling to save the Walkers Crisps Factory in Leicestershire which caught fire earlier today.

Staff at the facility were evacuated after they saw smoke inside the massive building.

Leicester Fire and Rescue sent nine crews from fire stations across the city and county to battle the blaze. 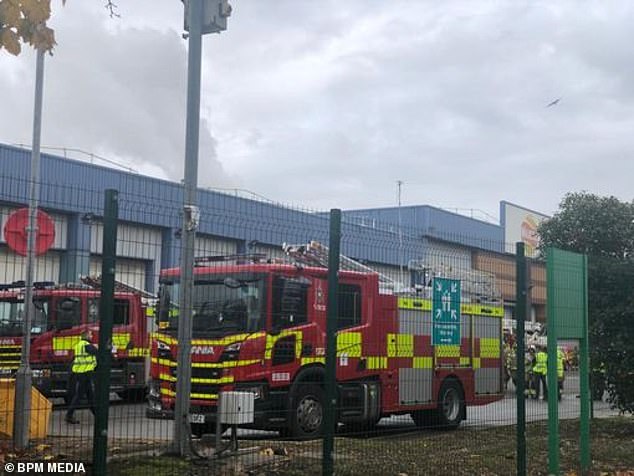 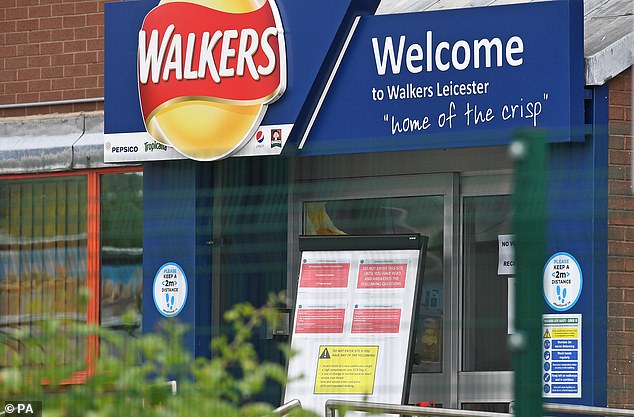 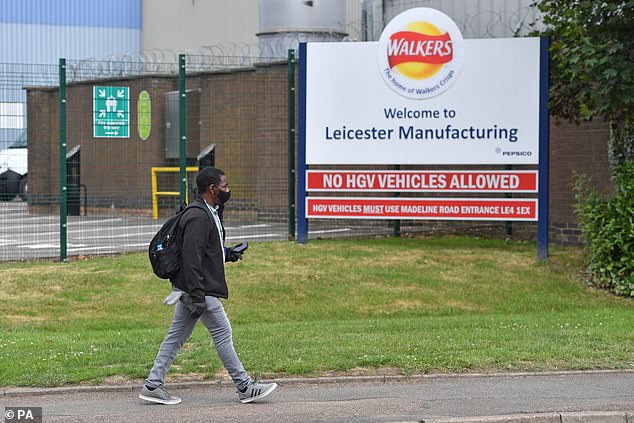 Leicestershire Fire and Rescue deployed nine units to the scene after the alert was raised at 10.45am

Officers saw the fire on the building’s roof and used specialist equipment to battle the blaze.

According Leicestershire Live, the alert was raised shortly before 10:45am.

A spokesperson for Leicestershire Fire and Rescue service said: ‘We received a call from the site stating that the factory filling with smoke, with the roof possibly on fire.’