A WALRUS sank a dinghy after it tried to hitch a ride in a seaside town.

Wally the Arctic walrus first overturned the small fishing boat and then peered into a larger fishing boat moored in the harbour before swimming off. 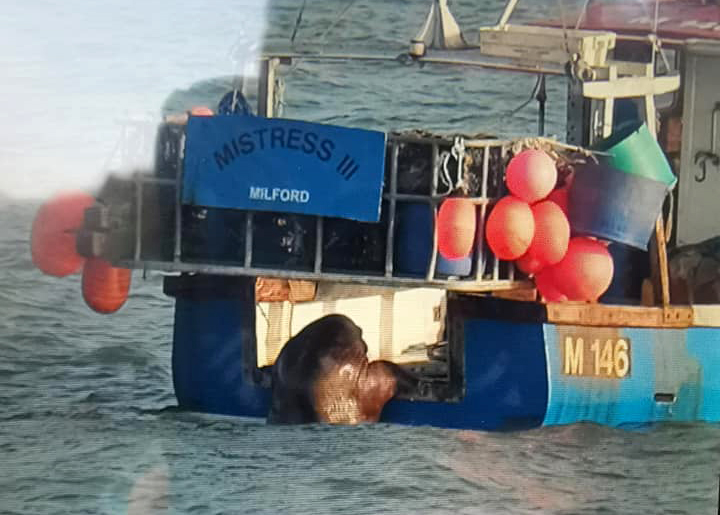 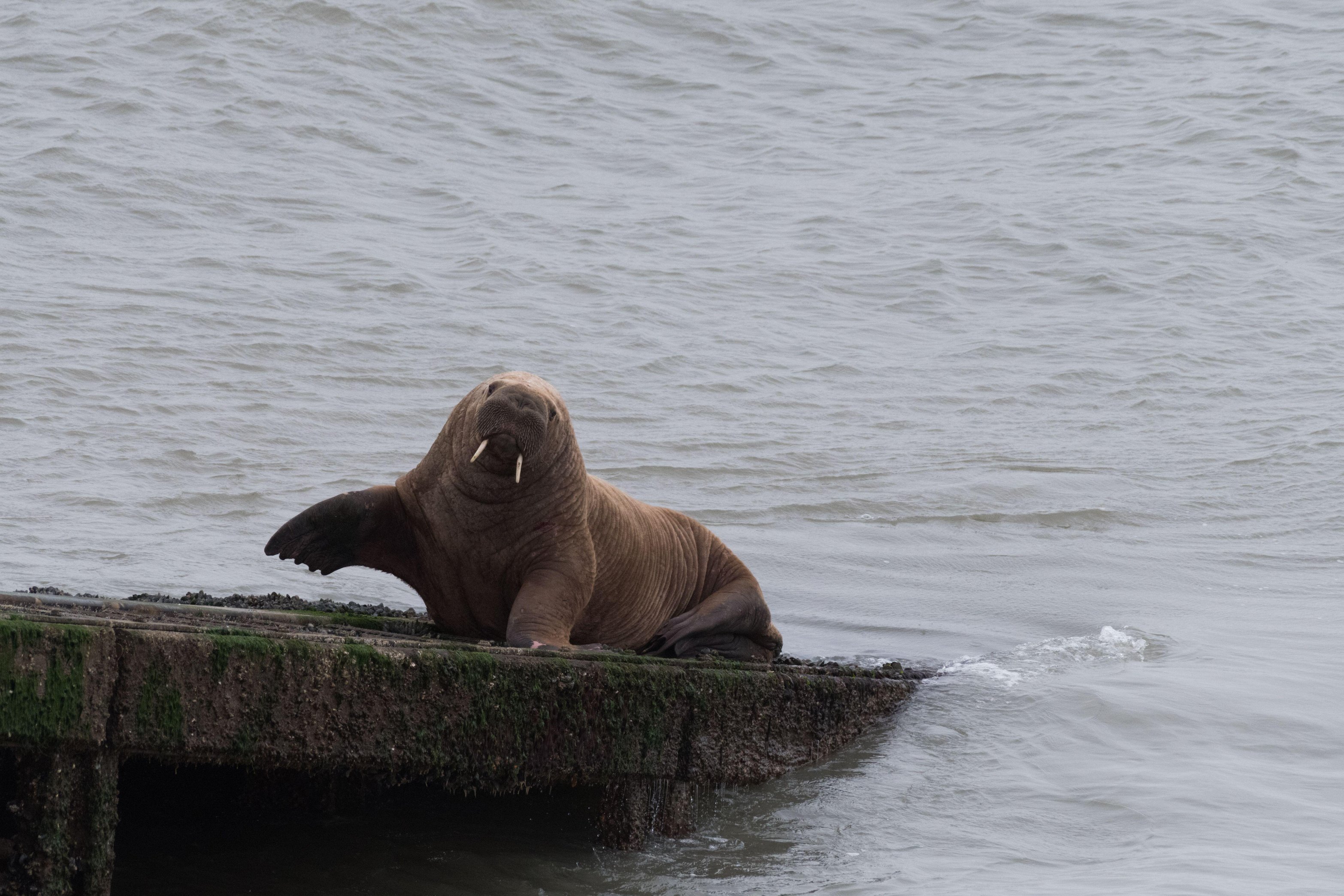 He popped up earlier this month in Tenby, west Wales – 1,500 miles from home.

Stunned passersby watched from the harbourside yesterday morning as Wally tried to flop aboard the boats.

Martyn Thomas, 36, said: "I wondered what was going on and you could see the walrus by an overturned dinghy.

"The next thing it was trying to get up to a fishing boat and had its flippers right up to the deck.

"It was like it wanted to get aboard. It's a huge creature.

"It was just swimming around lazily and looked happy enough."

Wally arrived in Wales two weeks ago after he was seen in County Kerry, Ireland and then swam 280 miles across the Irish Sea.

The 300kg beast is thought to be roughly three years old and has travelled further south than any of his kind.

It is thought he arrived in Ireland after drifting from the Arctic on an iceberg.

Plumber Sean Roche spent over 20 minutes watching Wally as he played with the boats.

He said: "I was slightly late for work this morning. This is the best excuse. I feel sorry for the poor fisherman, whoever own's that boat isn't going to be pleased." 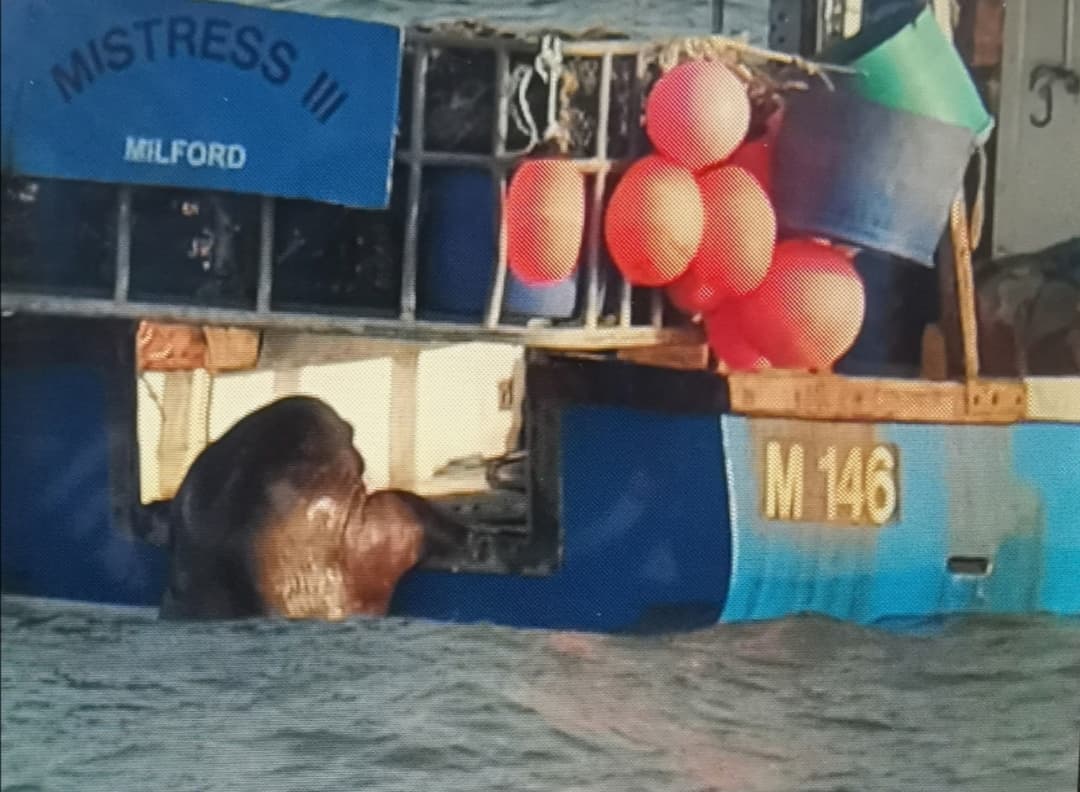 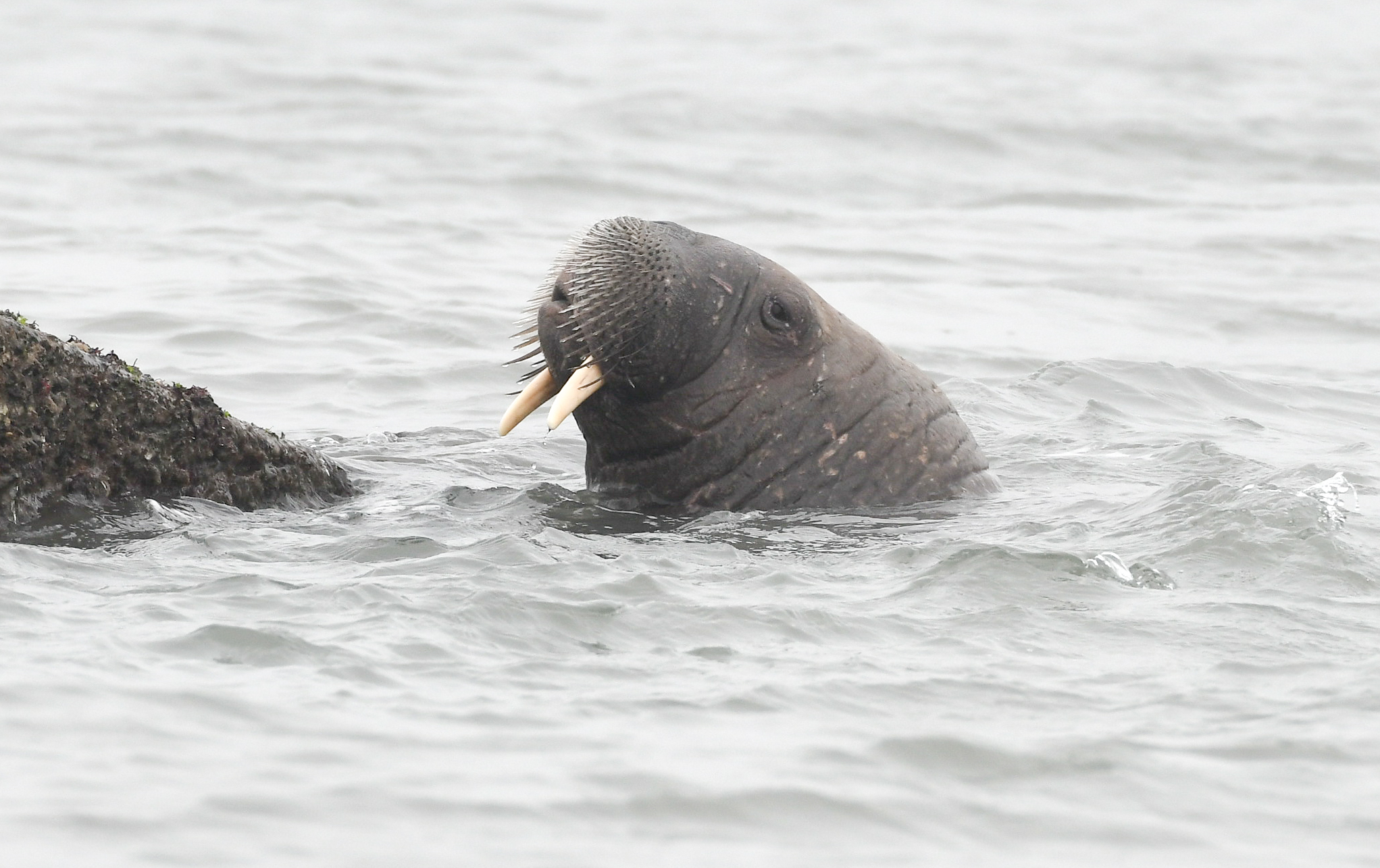 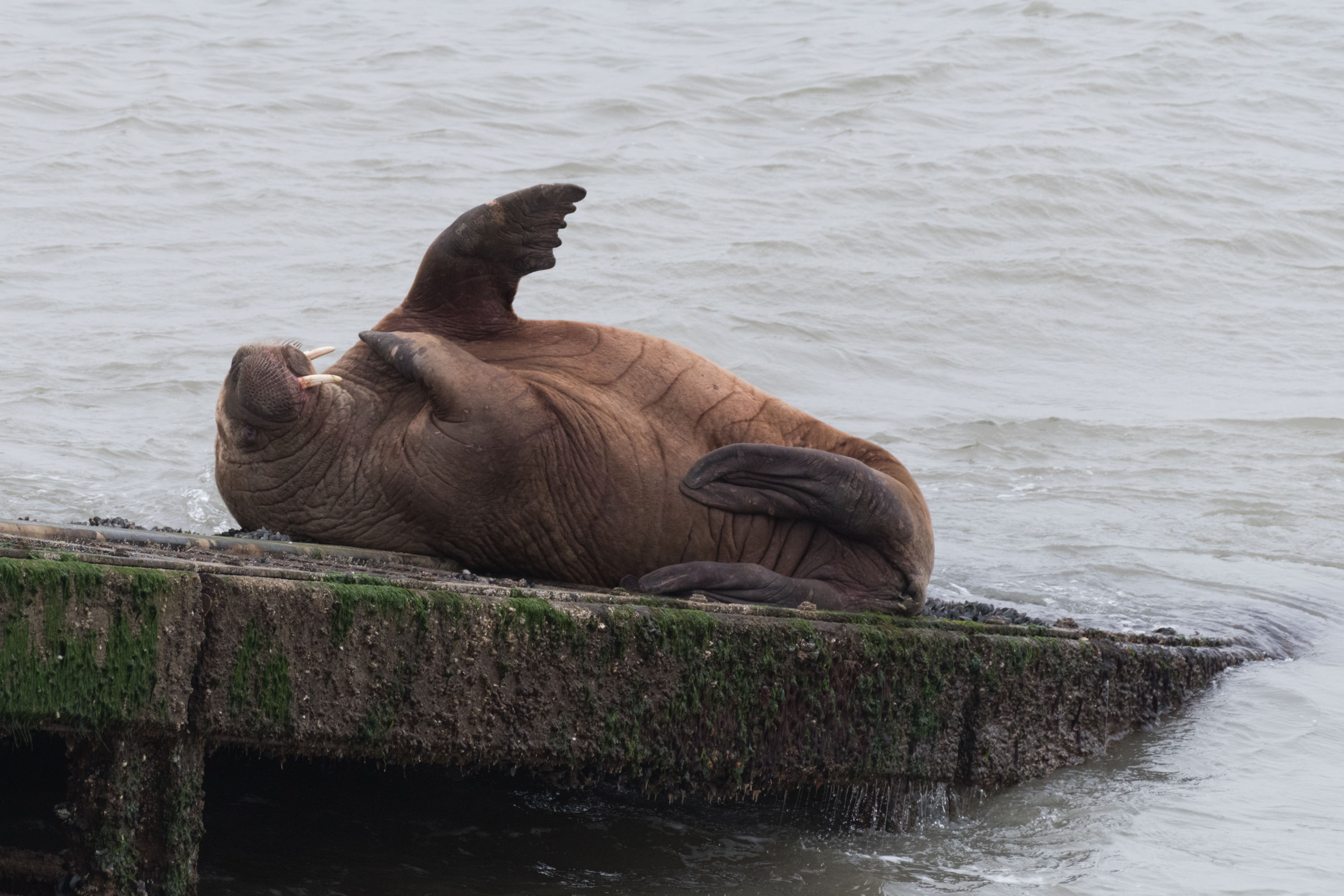 Animal welfare groups have been monitoring Wally and say he is doing well.

In recent days he has taken refuge on an RNLI slipway, where lifeboat chiefs are keeping crowds at a safe distance.

Cleopatra Browne, of Welsh Marine Life Rescue, visited the walrus when it first arrived in Wales and said: "It was about the size of a cow. It was a whopper. I've seen them on telly and the news but it was huge."