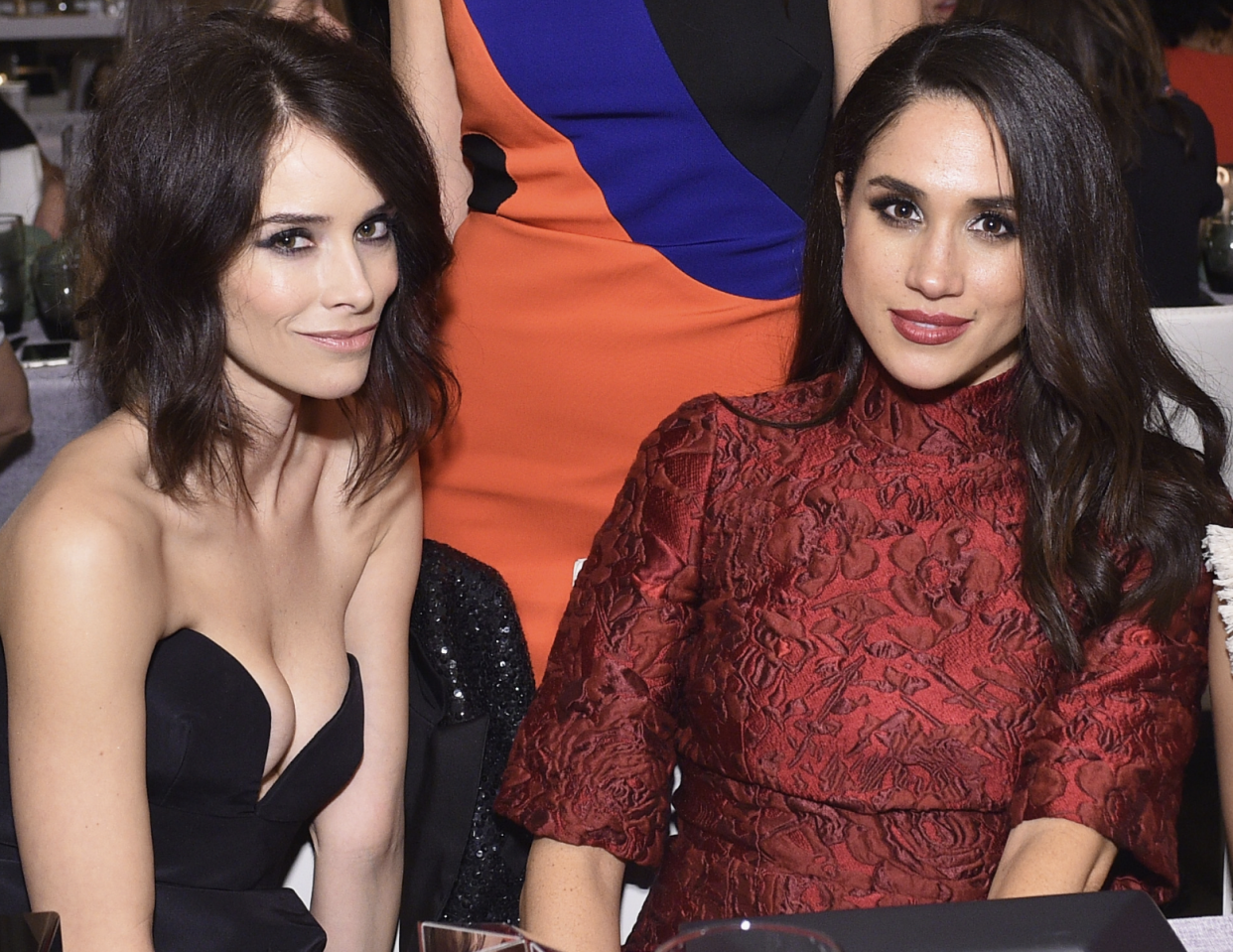 Abigail Spencer, Meghan Markle's Suits co-star and longtime friend, was one of the members of her inner circle providing commentary during the Harry & Meghan Netflix doc, which saw the remaining three episodes drop Thursday.

Spencer recalled Markle first telling her that she was secretly dating the British prince over champagne at Bergdorf Goodman in NYC. The actress attended the 2018 royal wedding and helped throw Markle's baby shower ahead of Archie's birth. She also watched her friend be inundated with negative and racist press.

"It was almost like — from the wedding and everything I saw — that they were building her up," Spencer said in the doc. "Then there was a shift and they started to tear her down. I don't understand what happened." 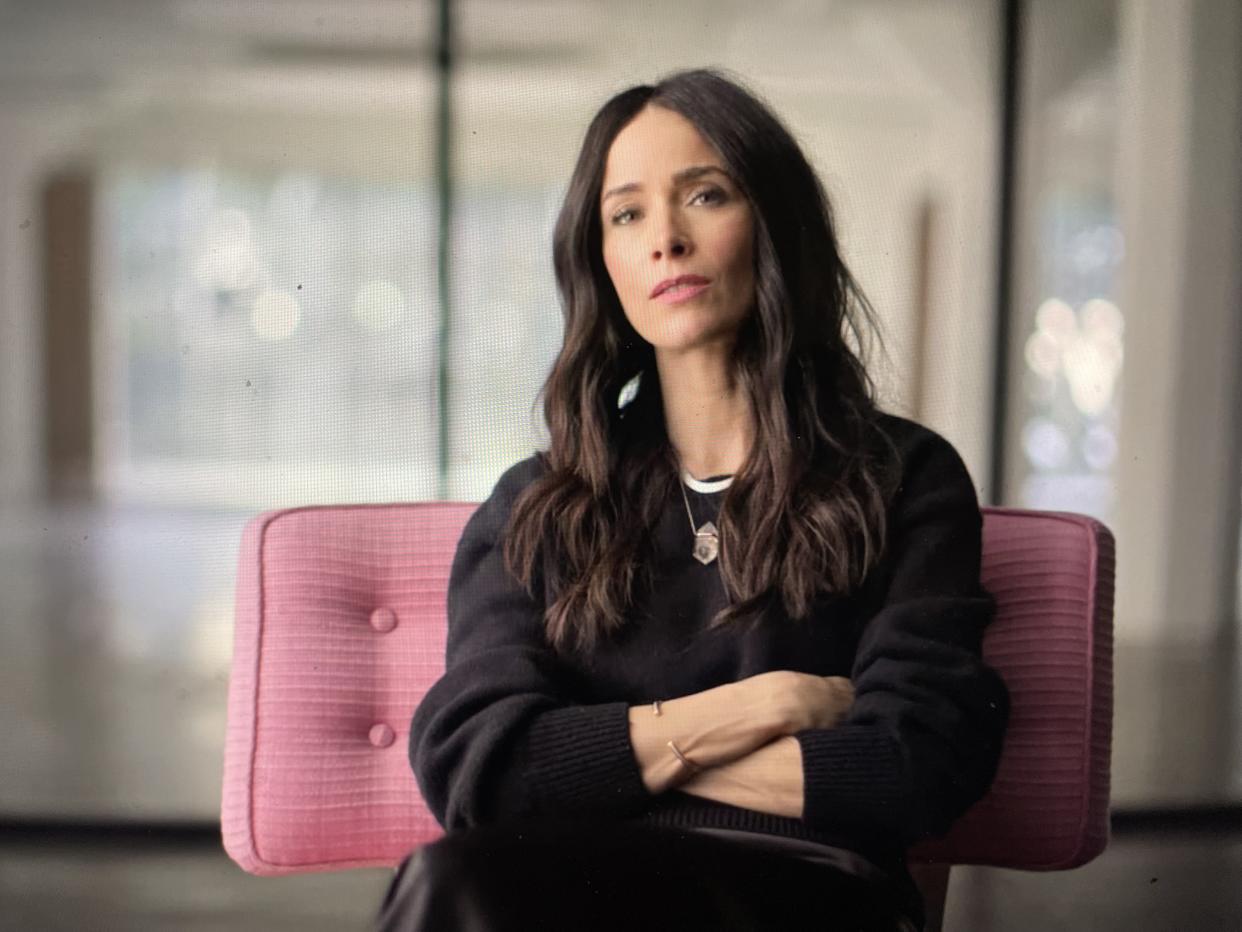 Spencer revealed that she was instrumental in the February 2019 People magazine cover story in which Markle's friends told positive stories about her to counterbalance the narrative in the U.K. tabloids. A month later is when Markle told Harry she was experiencing suicidal thoughts.

"I was very scared" Spencer said of her friend during that period. "That was a really dark time. And I didn't know what to do. That's the thing — they are in this complex organism that I don't know anything about or how to help or what to do and I'm not allowed to say anything. I was not allow to say anything."

The couple ultimately left England in early 2020, stepping down as senior royals. Spencer was among the few to visit them at their temporary home in Canada. She was also there the day they moved into their permanent home in Montecito, Calif. Sadly that day, Markle, who was pregnant and stressed from a lawsuit with a U.K. tabloid, miscarried. Spencer recalled that Markle "fell to the ground" in pain.

The bond between the two women began long before Markle was a duchess. Spencer told Entertainment Tonight in 2018 that they met over a decade earlier at an audition.

"I saw her and was like, 'Who is this gorgeous girl?'" she recalled. "She was just so stunning and there was just something about her, and that's how we met… [Markle is] a trusted friend and one of the most glorious people I have ever met."

The friendship solidified when they appeared on Suits, which ran from 2011 to 2019. Markle played Rachel Elizabeth Zane and Spencer had a recurring role as Dana Scott. 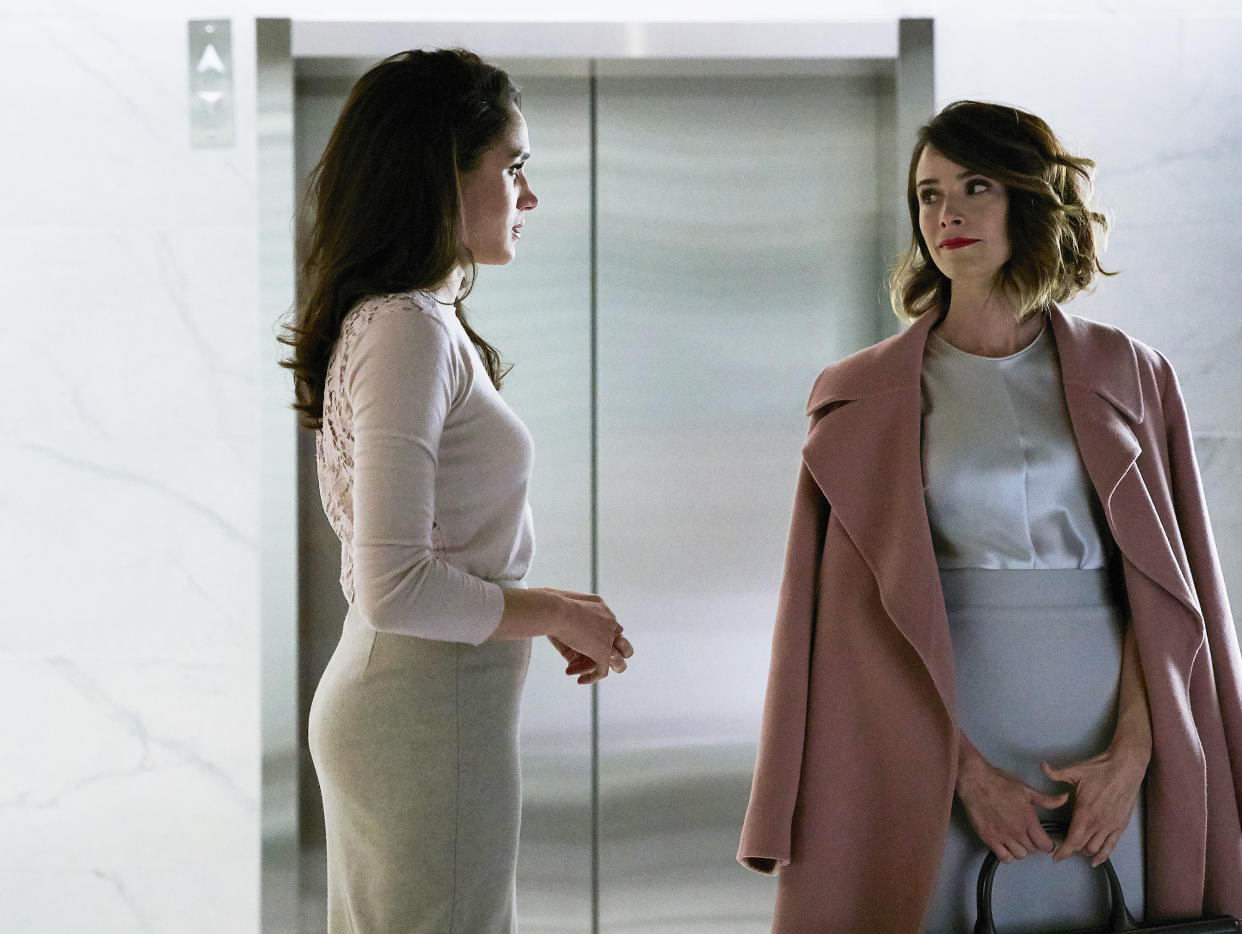 In a story on Markle's former website The Tig, she said that they bonded over sharing the same birthday and year — August 4, 1981. She said they call themselves "birthday soul sisters."

"Somehow in the cosmos of things happening for a reason and stars coming into alignment, we met and became great friends," Markle wrote. "I'm all about practicalities and pragmatism, and yet it’s these sort of 'coincidences,' these improbable realities, that bring out the hippie dippie in me. We do call each other 'birthday soul sisters' after all, and happened to show up at dinner (having not seen each other for a year) wearing matching leather jackets with rose gold hardware, the same thin gold ring on the same slight finger, and craving the same glass of Viognier. It’s something in our tastes and tastebuds — or it’s just something in our stars."

In the same post, she described the Florida-born Spencer as "an absolute force to be reckoned with" on Suits but also previously on Mad Men as Don Draper's mistress Suzanne Farrell. Spencer has also been on Grey's Anatomy,Hawthorne and Rectify. She got her start on the soap opera All My Children. 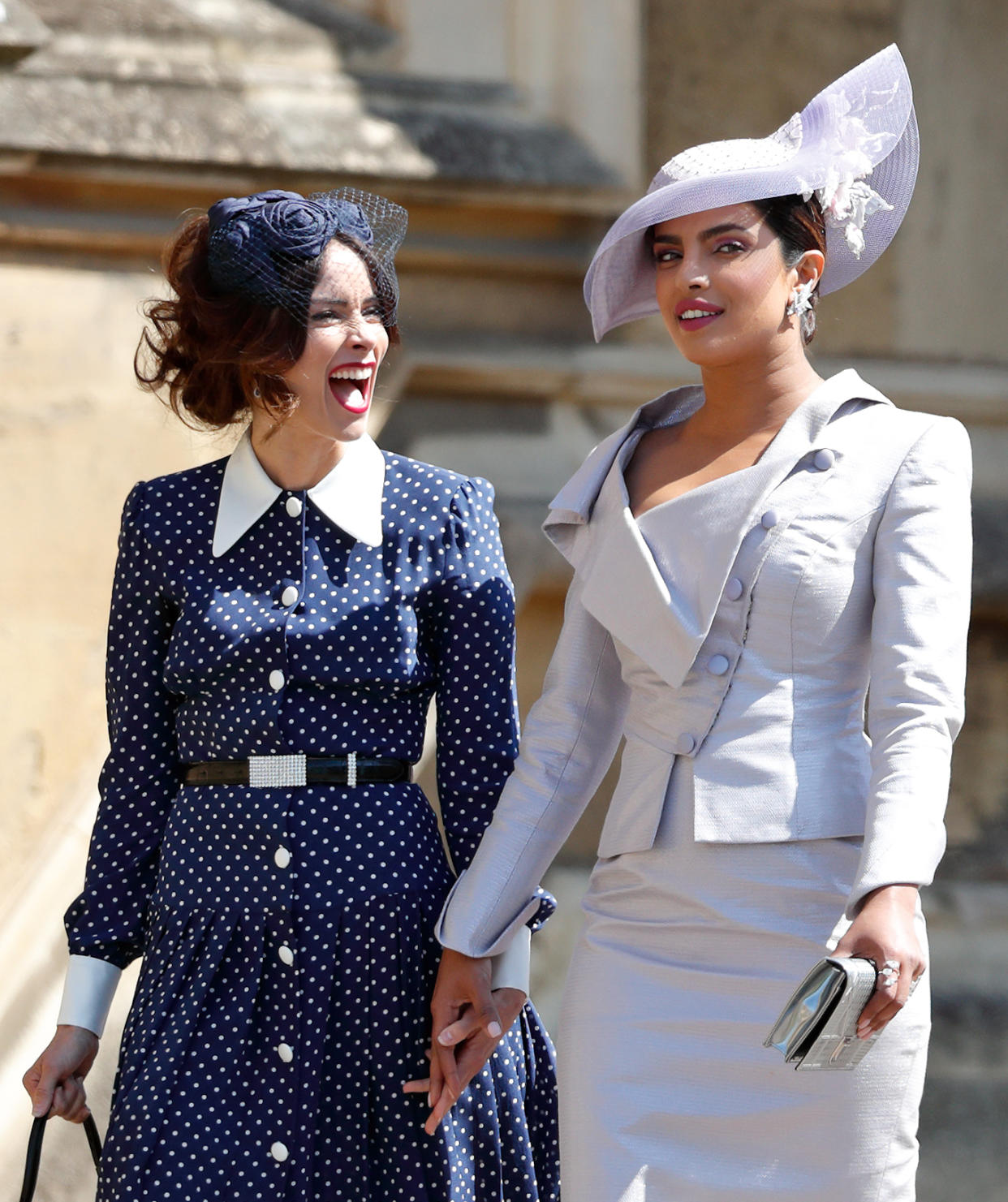 When Markle left Suits, after her relationship with Harry got serious, Spencer told Parade her friend left "a big giant Meghan hole that can't be filled."

Spencer said in the doc that she was behind the People magazine story with Markle's friends defending her. She also defended her on social media. In a March 2021 Instagram post, she wrote about a 2015 meetup they had in Austin.

"She's modeled nothing but generous professionalism on sets and an even more generous friendship in private," Spencer wrote. "I've learned so much from Meg. The power of a handwritten note. The loveliness of surprise flowers. That she has a perpetual rolodex in her brain of recommendations for the heart, soul, & body… She's been there for me – and physically held me — in my darkest hours: After my dad died. After a gut wrenching break up she brought me into her home & nursed me back to health. Soup & salad waiting in the kitchen, just, if I needed it. She's taken my son in as her own. I can't tell you the value of having another working mother I can lean on when with the pressures of visibility & child-rearing woes become overwhelming. She's always been a safe harbor for me, someone I can fall apart in front of… and with. And I have."

Spencer —who has a son Roman with her ex-husband Andrew Pruett, whom she divorced in 2012 — told E! News in 2019 that Markle would be a great mother. "I think it goes without saying, she's incredible. She's incredible and that baby is so lucky to have them as their parents."

In the 2017 Vanity Fair cover star about Markle, Spencer said, "When you're talking to her, you feel like you're the only person on the planet. And it's just wonderful to see her so in love."

Spencer got her start on All My Children. Here's a clip of her in a scene with Josh Duhamel:

And maybe the connection between them runs even deeper? Spencer was asked by Parade if she is related to the British Spencers — like Harry's mother, the late Princess Diana. "That’s so funny — my grandmother swears [we are], but I’ve never done any digging," she replied. "I did meet a lot of Spencers [in England] and I am a Spencer, so who knows?"

Spencer is one of several Markle friends to go on the record in the doc. They also include Lindsay Jill Roth (a producer/author), Lucy Fraser (publicist), Silver Tree (producer) and tennis legend Serena Williams.

One friend who was notably absent was Jessica Mulroney. While she was included in clips and a text exchange of theirs was shown on-camera, that relationship is reportedly done, but neither has addressed it publicly.