IN June 1989, one protester stood in front of a row of tanks during the the Tienanmen Square Massacre.

The image of the 'Tank Man' quickly became a powerful symbol of both the bloody events of 4 June 1989 and of non-violent resistance. Here's what you need to know. 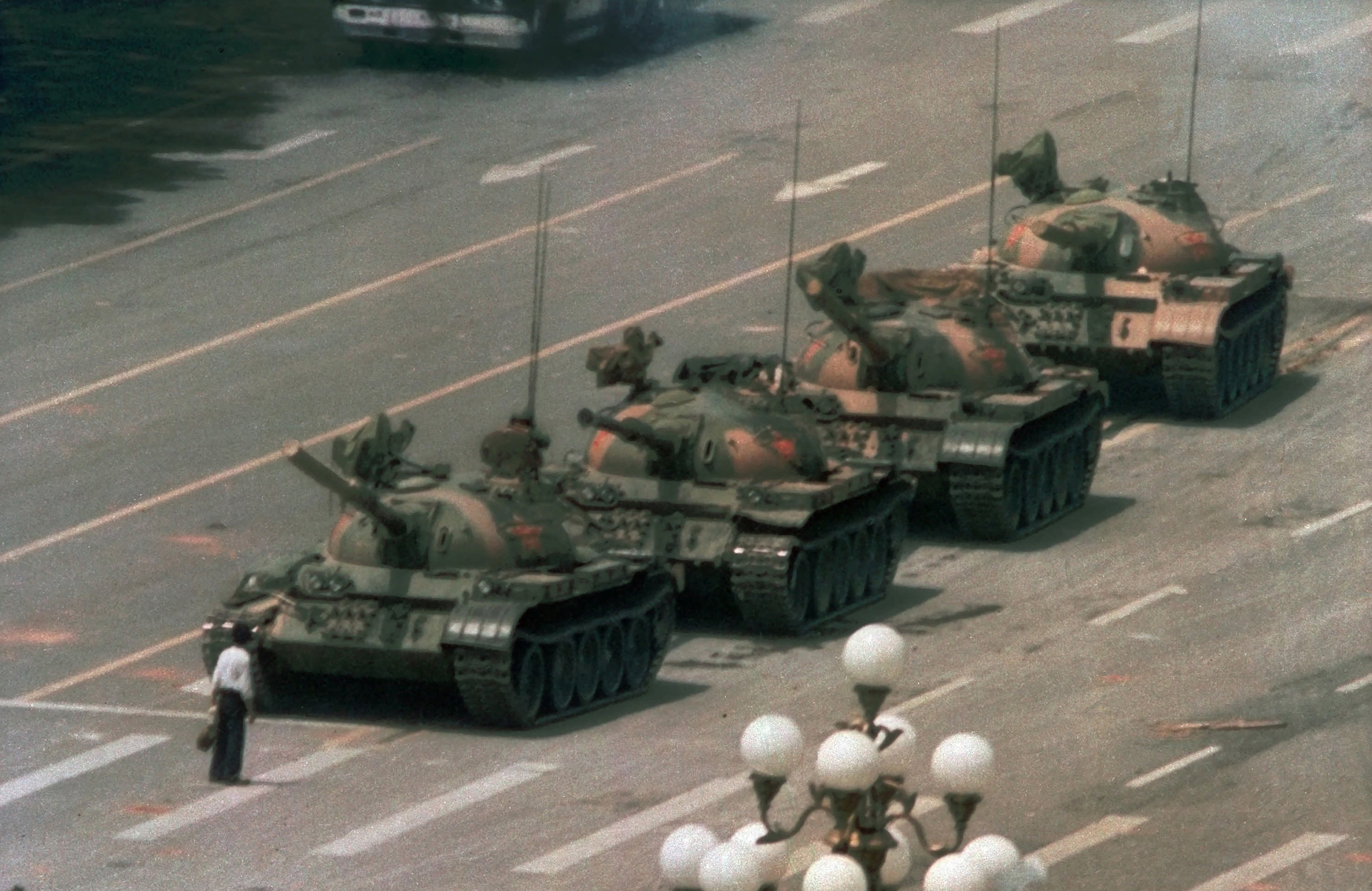 After the massacre, an image of a man carrying a bag blocking the path of a tank has become the defining image of the democracy movement in China.

He became known as the 'Tank Man', or the 'Unknown Protester' or Unknown Rebel'.

As the lead tank maneuvered to pass by the man, he repeatedly shifted his position in order to obstruct the tank's attempted path around him.

The incident was filmed and smuggled out to a worldwide audience. Internationally, it is considered one of the most iconic images of all time.

Inside China, the image and the events leading up are subject to heavy state censorship, and as a result they are being forgotten.

What happened to the 'Tank Man'?

A number of theories have circulated as to what happened to the unidentified man.

The Sunday Express allegedly quoted the man's known associates at the time as saying they feared he had been put to death.

However, then General Secretary Jiang Zemin denied having any knowledge of his arrest or even of the name.

He is still alive:

According to reports, American TV journalist Barbara Walters confronted Jiang a year after the incident with a photo of Tank Man and the question: “Do you have any idea what happened to this young man?” A flustered Jiang reportedly stressed that Tank Man had not been executed by the Government or run over. He said: “I think …never killed”.

Others claim police were never able to locate the man after he was pulled away from the crowd and back into the tanks. One government official was quoted as saying, "We can’t find him. We got his name from journalists. We have checked through computers but can’t find him among the dead or among those in prison."

A report cited a professor in Hong Kong who claimed Tank Man was an archaeologist, who had come to Beijing to join the protests. The professor claimed he escaped to Taiwan and was employed by the National Palace Museum – although the museum allegedly denied this report.

Others claim he was later put to death by a firing squad a few months after the protests. 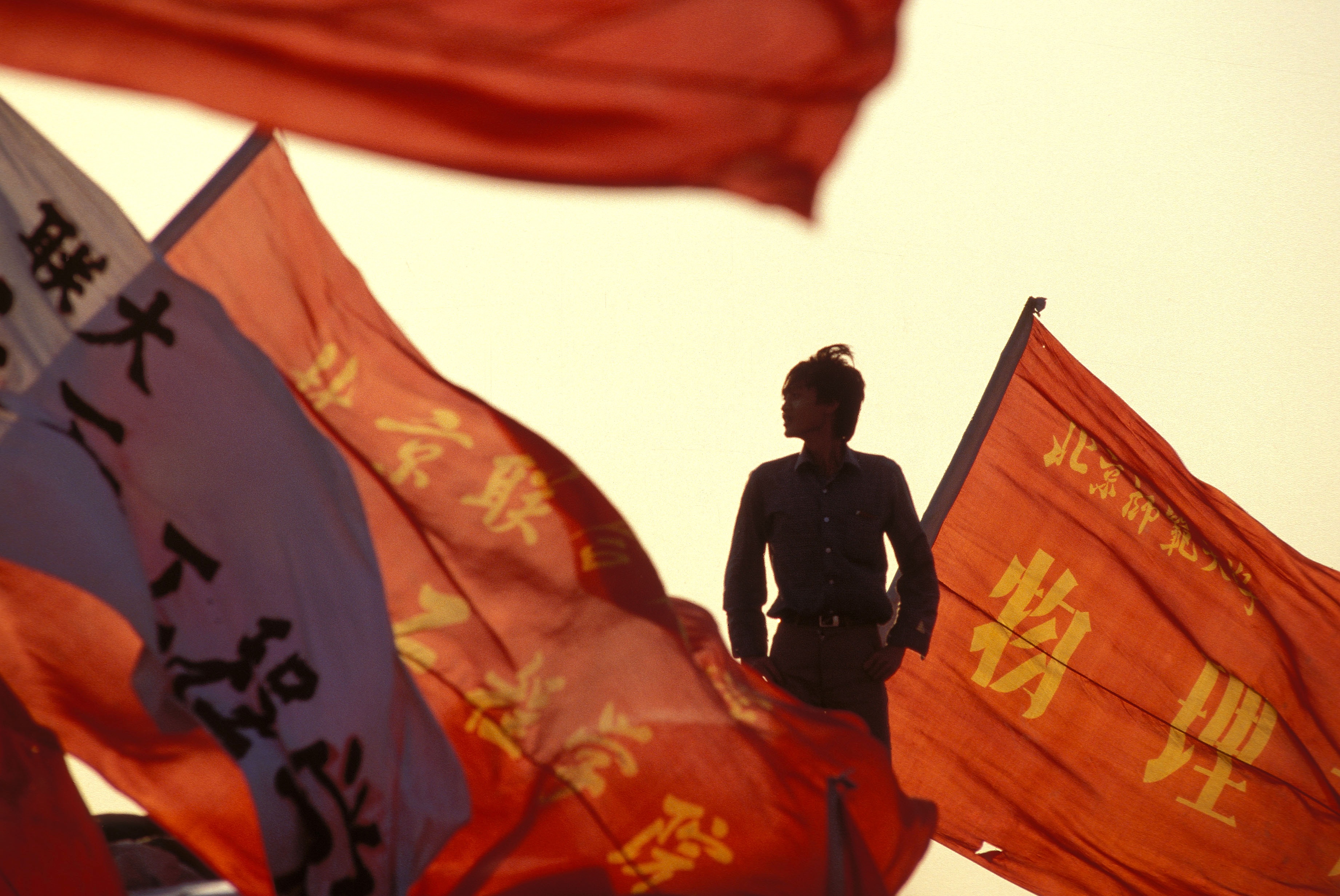 What was the Tiananmen Square Massacre?

Around one million people gathered in the square in Beijing during student-led demonstrations in June 1989.

Tanks began moving into position late on June 3 and troops opened fire, killing and injuring many unarmed people in and around the square.

It is generally estimated thousands died and as many as 10,000 were arrested for their part in the demonstrations, with several dozen executed.

The rally attracted 1.2 million people but the Chinese government was determined to stay in power.

Tiananmen massacre survivor Dong Shengkun told CNN about what he saw that night.

"I saw a few students were trying to climb over the fence and evacuate from the square, and a tank went straight there and crushed them to death," he said.

Fellow survivor Zhang Maoshang said he refuses to tell his two young daughters things about Tiananmen "that can only bring them trouble".

"The society we live in is not open or safe enough, and I want them to be able to grow up without fear or worries," he said. 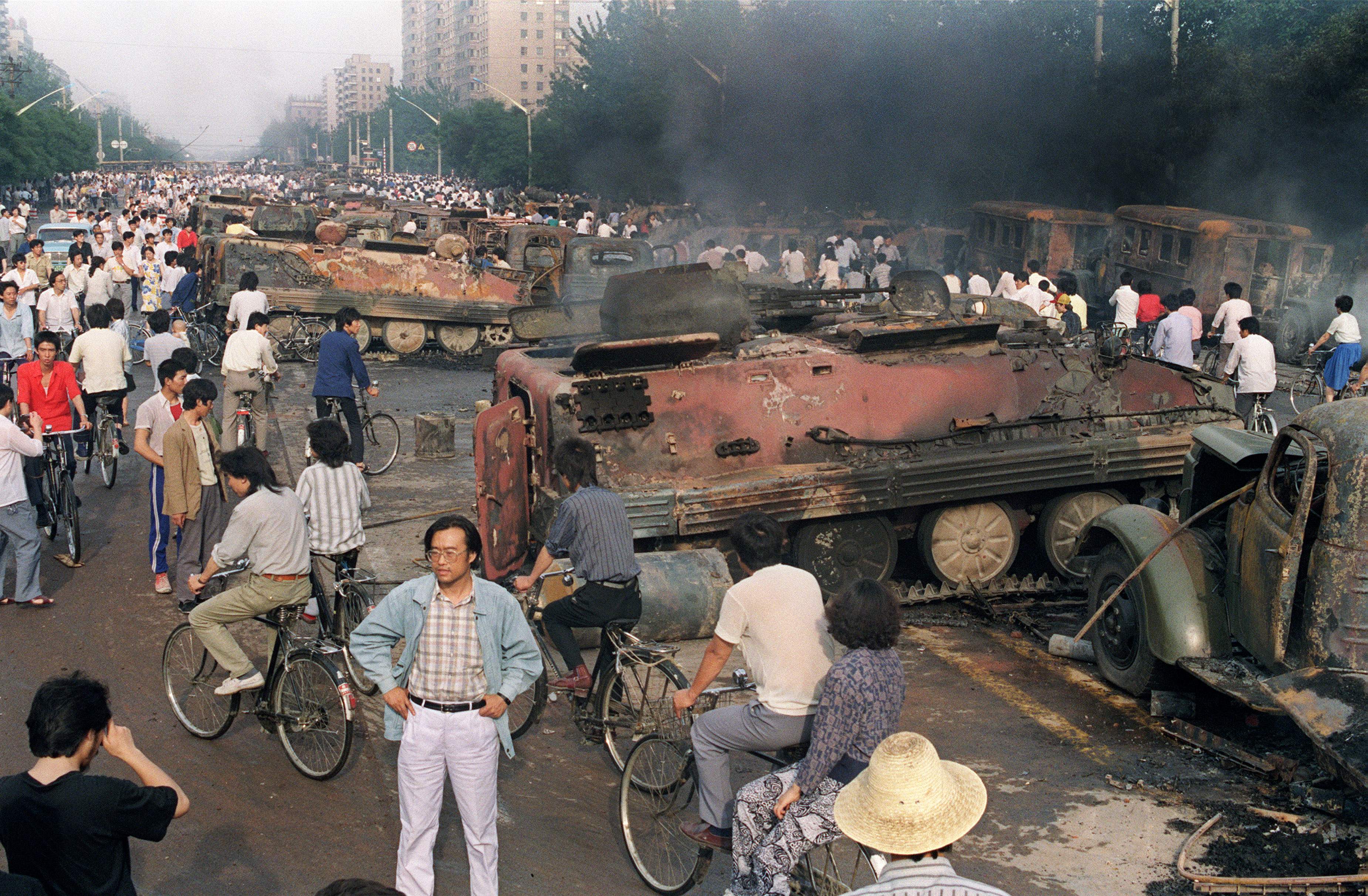 What were the protests about?

The events leading up to the massacre began in April when pro-reform, popular Communist leader Hu Yaobang died.

The moved was called the '89 Democracy Movement.

Then in May some began a hunger strike and their numbers swelled, capturing the world’s attention while Communism began to collapse elsewhere.

One rally attracted 1.2 million people but the Chinese government was determined to stay in power. 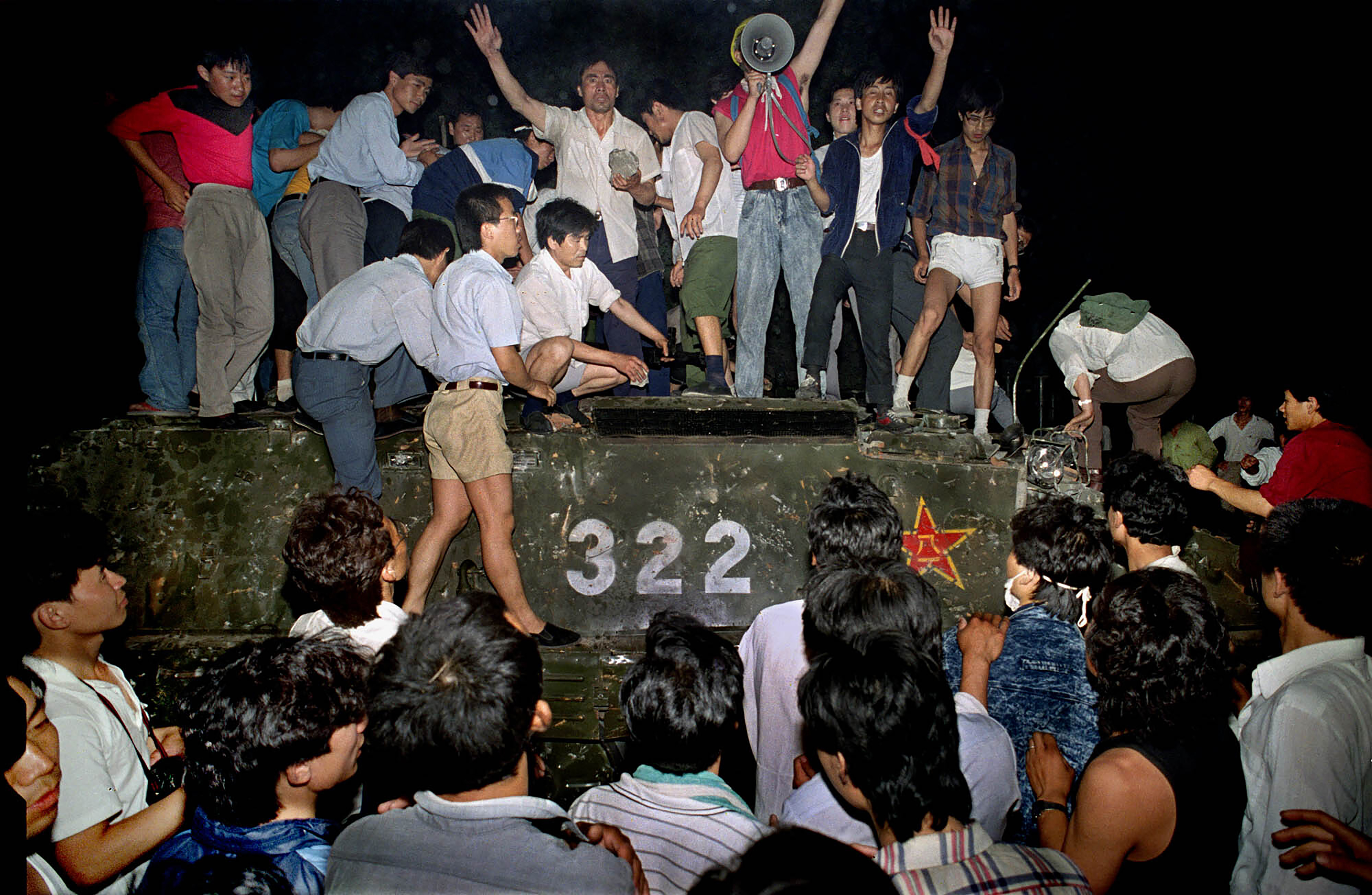 What did the Chinese Government say about it?

China’s government has defended the brutal crackdown on pro-democracy protesters in Tiananmen Square in which thousands died as the “correct the policy”.

Their defence minister, Wei Fenghe said the decision to send troops into the central Beijing square in the early hours of June 4, 1989 "was decisive in stopping the turbulence”.

despite the world-wide condemnation of the massacre, Wei justified the brutal crackdown, in what was a rare official mention of the events.

"How can we say that China didn't handle that Tiananmen incident appropriately?,” said Wei.

“There is a conclusion of that incident, that incident was political turbulence and the central government took measures to stop the turbulence, which is a correct policy.”

Wei was asked about Tiananmen after making a speech in Singapore.

He echoed the official position which emphasises the rapid development of China and the raising of ordinary citizen’s living standards in the years after the massacre.

"The past 30 years have proven that China has undergone major changes," he said.

Due to the government's action at that time "China has enjoyed stability and development".

Since the massacre, China has sought to avoid discussion about what happened.