Singapore: Foreign Minister Penny Wong will fly to East Timor next week as it ramps up the pressure over offshore gas riches between the two nations by warning it could turn to China to build a pipeline to its shore.

Wong’s first trip to Dili since Labor won government will follow a stop in Papua New Guinea and comes as East Timorese President Jose Ramos-Horta prepares to make his own visit to Canberra early next month. 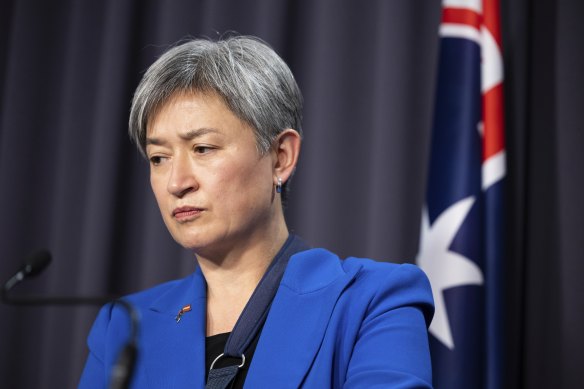 Penny Wong’s visit to East Timor will be her fifth to south-east Asia since Labor took office in May.Credit:Alex Ellinghausen

The Nobel peace laureate is facing backlash at home this week over his awarding of an honour to a retired Indonesian army commander with ties to human rights abuses during Jakarta’s occupation of East Timor.

But it is the future of the $71 billion Greater Sunrise oil and gas fields in the Timor Sea that the government his government has been raising the volume on, insisting that gas be piped to the country’s south coast and not to Darwin as is preferred by project partner Woodside Energy.

Ramos-Horta told The Sydney Morning Herald and The Age in May it was in Australia’s national strategic interest to back a pipeline and LNG processing plant in East Timor as he called on Canberra to back an infrastructure drive to retain a “pro-Australia, pro-Western values” near neighbour.

Lately, he has become even more explicit, using an interview with the Guardian last week to warn that East Timor would consider seeking out Chinese investment instead if Woodside, which has a 33.44 per cent stake in Greater Sunrise, did not support on-shore processing there. 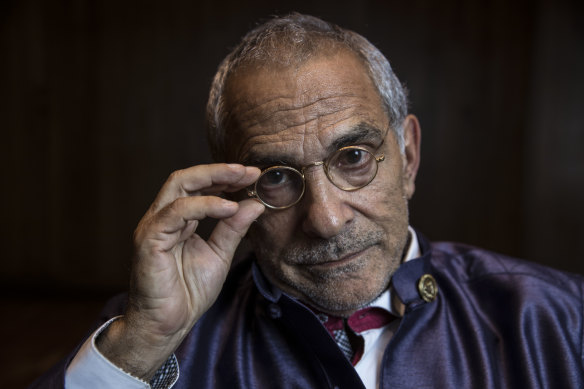 Jose Ramos-Horta returned to the presidency in East Timor in May.Credit:Getty

Analysts say south-east Asia’s youngest country is using Beijing’s increasing desire to project power in the region as leverage to try to get its own way on the long-delayed development, on which its economic future depends.

China has not indicated interest in the pipeline but its state-owned companies have invested in Timorese projects such an expressway and a new port, and its Foreign Minister Wang Yi signed a series of new deals while in Dili in June, including for Chinese state television to digitise Timor’s broadcasting services.

Before arriving there next Wednesday, Wong will fly to Port Moresby, where China has also sought to extend its influence. Beijing last week donated 2000 bulletproof vests and helmets to PNG.

Ramos-Horta is due to head to Australia the week after on September 7 and East Timor’s ambassador in Canberra, Ines Maria de Almeida, said offshore gas could be on the agenda when he meets with Prime Minister Anthony Albanese.

East Timor has a semi-presidential system in which executive powers largely lie with the Prime Minister, Taur Matan Ruak, and his cabinet but Ramos-Horta’s message on Greater Sunrise matches that of the government, whose state-owned energy company Timor Gap has a majority share in the oil and gas fields.

It will be his second tour abroad since being elected president for a second time in May, having talked up cooperation with Indonesia during a visit there last month.

Ramos-Horta has since been criticised by civil society groups in Timor for awarding a presidential honour to retired Indonesian general Abdullah Mahmud Hendropriyono on Saturday.

The 77-year-old was listed as having a high-level command responsibility by the Commission for Reception, Truth and Reconciliation in East Timor, which investigated human rights violations committed in the 24 years after the Indonesian invasion and concluded that 102,800 Timorese died as a direct result of its occupation.

“He was one of the main actors involved directly since the Indonesian military invaded this country,” said Sisto dos Santo of Dili-based non-government organisation HAK Foundation. 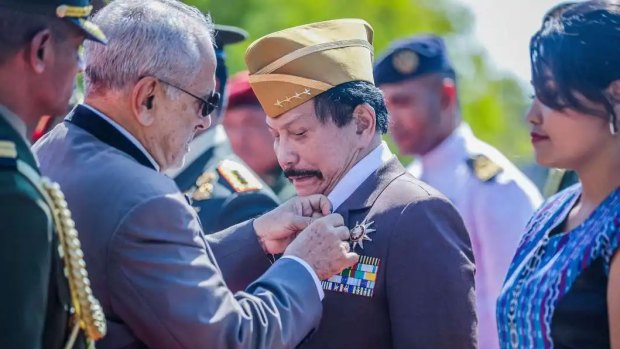 A former head of Indonesia’s spy agency BIN, Hendropriyono was also mentioned in leaked US cables in connection with the high-profile murder of Indonesian human rights activist Munir Said Thalib, who had accused Indonesia’s military of human rights breaches in East Timor and was poisoned on a Garuda flight to the Netherlands in 2004.

In the cables released by Wikileaks, American diplomats reported that Hendropriyono had chaired two meetings where Munir’s killing was planned and that a leading police officer had told them he was a prime suspect.

He denied any involvement but his honouring by Ramos-Horta was “an insult to both the people of Timor-Leste and Indonesia”, said Joaquim da Fonseca, secretary-general of the National Resistance of East Timorese Students.

Contacted by the Herald and The Age, Ramos-Horta’s office said he had not commented yet on the award, which is presented to people for “significant contributions to national peace and stability” – but would explain it in due course.

Hendropriyono has close ties with Indonesia President Joko Widodo and is the father-in-law of General Andika Perkasa, the head of Indonesia’s armed forces.

His award in Timor also comes as the country steps up its bid to become a member of regional bloc ASEAN, which Indonesia will chair in 2023.

But Michael Leach, an expert in Timorese politics at Swinburne University of Technology in Melbourne, said it was difficult to comprehend.

“Timor-Leste’s Truth Commission report lists Hendropriyono as someone who likely bears ‘command responsibility’ for crimes against humanity in 1999, and who should be subject to further criminal investigations,” Leach said.

“It is therefore hard to understand why this person has been awarded a medal from the Timorese state. Everyone understands the need to good relations with Indonesia, but many Timorese see this as a step too far.”